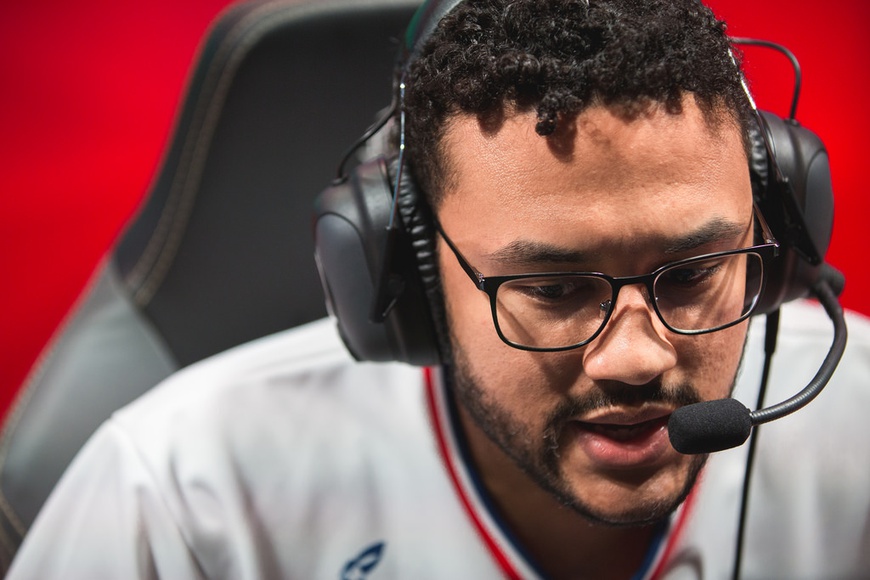 100 Thieves (6:4) are currently part of a four-stack of teams tied for first place despite their recent roster change, with Andy “AnDa” Hoang taking over William “Meteos” Hartman’s responsibilities in the jungle.

The squad’s support, Zaqueri “Aphromoo” Black, addressed a wide range of matters with independent content creator Travis Gafford — but he was particularly critical of the current solo queue environment in North America.

Below are excerpts of the interview:

Whether playing solo queue is worthwhile at all

Right now, it is a waste of time to even play solo queue, partly because of ping. I can’t play the champions as I play [them] in scrims because of the ping, so all I’m practicing is mechanics at worse ping. And then, I only play solo queue for laning phase, because after that, you cannot talk to your teammates at all, so you ‘coordinate’ team effort / plays whereas League of Legends is supposed to be a team game.

What the League of Legends scene could take from CS:GO

I’m a big fan of CS:GO’s style where they have their own third-party that organizes a league, and they can all jump in, jump into comms then queue up for a game that way. I would prefer that type of thing, because the CS:GO players also get to stream that: low ping, high-caliber players, and you get to interact more with the pro playerbase than, let’s say, solo queue.

In solo queue, I almost never see anybody because it is a waste of time to play [it], and most teams are doing a third [scrim] block, so it’s more important to do [that] than playing solo queue. When I’m in my solo queue match, I’m matched with lower-tier MMR players. Most pro players are hanging around Master because there is no point to climb up to Challenger.

The support also spoke of the team’s transition with AnDa in the jungle, merch sales and more, and you can check out the interview on the video down below:

100 Thieves’ position at the top is not guaranteed to last — especially if their week 6 opponents have anything to say on the matter. Clutch Gaming has fallen to a 4:6 record and needs to win to remain in contention for a playoff spot, and Counter Logic Gaming is a victory away from joining the front-running four-stack — currently fighting with Golden Guardians and Team SoloMid for a playoff spot.