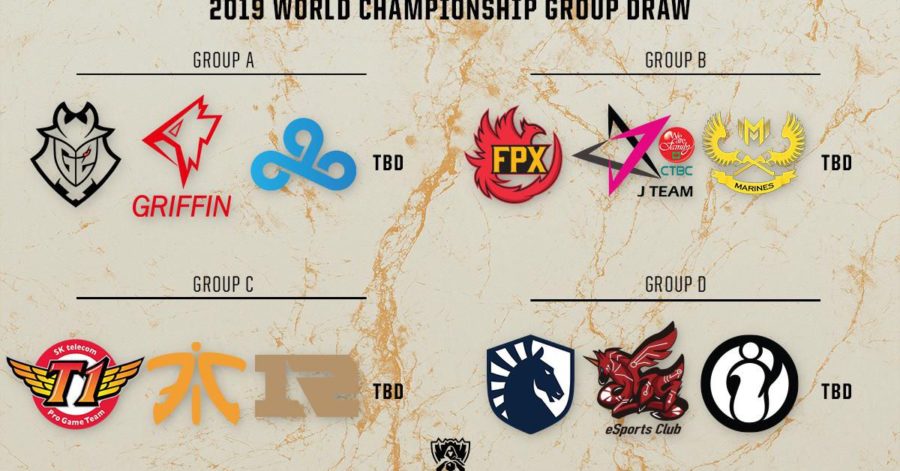 Worlds is almost here and we already know the groups that will be facing off against each other in the tournament’s first round. These groups were announced on Monday morning during Riot’s Group Stage selection stream, where team were drawn for both the Play-in and the larger tournament.

The Play-in Stage will include four groups of three teams each. These teams will have to go up against one another for a chance to advance from their group. Once the teams have left their group they’ll have the chance to play in a qualifier to enter the larger tournament. Of particular interest to North American fans, Clutch Gaming will start off in this stage.

Meanwhile in the Worlds 2019 Group Stage, there will be four groups of four teams each competing for a spot in the knockout round. During the draw show only three of the teams from each group were selected while each group’s fourth team will be one of the qualifiers from the Play-in Stage.

Group A looks particularly frightening with Europe’s G2 Esports, Korea’s Griffin, and Cloud9 from North America. Meanwhile, North America’s other automatically-qualified team, Team Liquid, appear to be in a less difficult group with ahq eSports, and Invictus Gaming. Of the two remaining groups Clutch could make it into, if the team manages to advance from the Play-in Stage, is Group C which has two of top laner Huni’s former teams in SK telecom T1 and Fnatic — Royal Never Give Up rounds out Group C.

For a look at all the results from the Worlds 2019 Group Draw you can find them below.