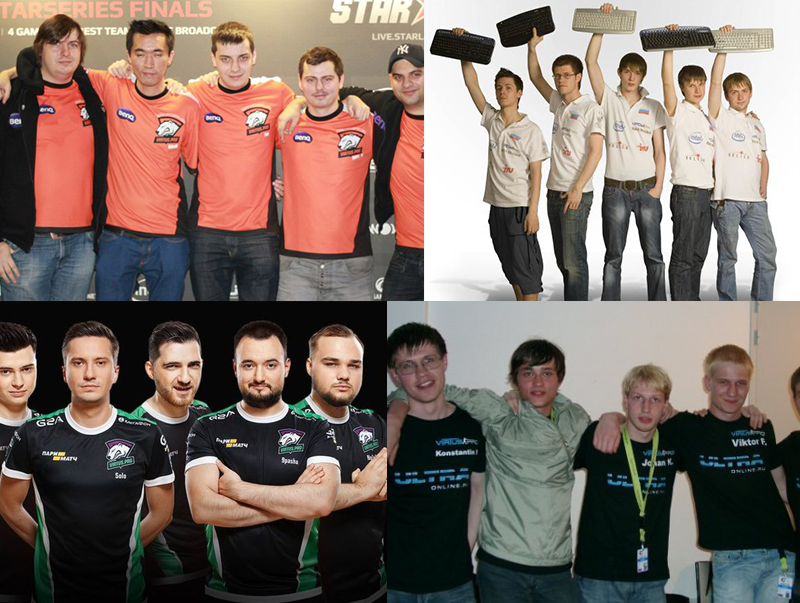 50 Shades of Orange: how Virtus.pro’s jersey has changed since 2003 | News

Virtus.pro announced a temporary change of their logo and jersey design on Aug.8, taking on the green and purple colours of their partner MegaFon until the end of 2018. The sudden change to what is now a well-recognized orange-and-black style of VP caused mixed reactions in the esports community. Cybersport.ru decided to look at how exactly VP’s style has changed over its long history.

The first Virtus.pro design: classic jerseys with nicknames, team name and sponsor on the chest.

An updated design enlarged the logo and moved it to the centre.

Jackets with pieces of orange. According to the team’s representatives, those weren’t a part of the original design. Organization got the jackets with the orange pieces and decided to keep it.

Black jerseys were changed for white shirts. Flags were moved to the left side of the chest, with a few more sponsors also added.

New logo, and white jerseys with coloured pieces on the shoulders.

Bright-orange jerseys and a new logo, along with black hoodies.

Black-and-white softshell jackets and a new stripe with sponsors on the chest and sleeves.

Special red-white jerseys were used only once at the PGL Major Kraków 2017.

Black-and-orange jerseys with a few different iterations of logo and nickname positions as well as different sponsors.

Green and purple jerseys to be used until the end of 2018, before another official rebranding.

Disclosure: Both Cybersport.com and Virtus.pro are part of the same financial holding.