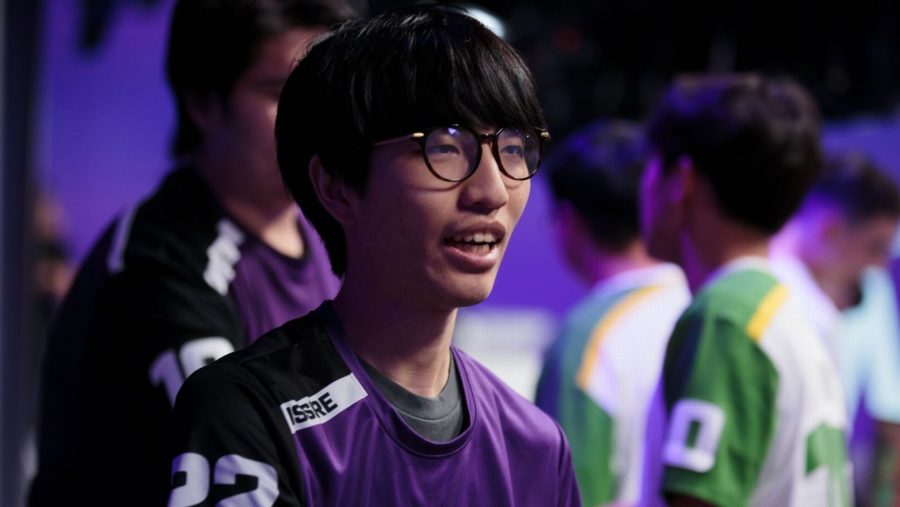 A new Dynasty with Fissure

Throughout the Overwatch League inaugural season, main tank Baek “Fissure” Chan-hyeong seemed to live up to his battletag. With every timely Reinhardt Earthshatter, he split opposing teams in two, isolating high-priority targets and tearing apart enemy backlines. This — along with his peerless tank play on Winston — made him an MVP candidate.

Out of game, Fissure was sometimes considered a liability. He admitted his own volatility when it came to communicating with his teammates regarding scrim practice, particularly during his time on the hybrid lineup of the Los Angeles Gladiators. Frustration at his inability to shotcall for the team due to the language barrier was always something Fissure was upfront about, while he praised flex player Aaron “Bischu” Kim for his bilingual skills in directing the team’s comms. By the time the Gladiators’ playoff series began, Fissure sat on the bench while Luis “iRemiix” Galarza Figueroa loaded up as the team’s main tank.

The Overwatch League All-Star weekend took place five days after Fissure’s transfer from the Gladiators to Seoul Dynasty was announced. A rejuvenated and reinvigorated Fissure led Team Pacific onto the Blizzard Arena stage, pumping his fist while waving his other hand in the air to hype up the crowd. He also delivered on the friendly trash talk.

“I haven’t practiced one bit,” he said of his Lúcioball skills. “Because I’m pretty sure we’ll destroy them.”

He followed this up with a dig at New York Excelsior support Hong “ArK” Yeon-joon, calling him a Mercy one-trick. Fissure’s natural charisma drew laughter, applause and cheers from audience members and even ArK himself.

Later, in the Blizzard Arena skybox, Fissure was relaxed and happy. Accompanied by Seoul Dynasty translator and all-rounder Annie Cho, he chatted about his recent transfer and why he chose Seoul Dynasty.

“Seoul Dynasty is a Korean team so that’s the reason,” Fissure said simply.

This is true in both lineup and geographical ties. Not only will Fissure be a part of an all-Korean lineup, but he’ll be part of the team that represents South Korea in the Overwatch League.

“I think a lot of Korean players wanted to come to Seoul Dynasty because, again, it’s a Korean team and we are Korean,” Seoul DPS player Kim “Fleta” Byung-sun said. “When Fissure first came to our team, I think he might have that idea of playing with other Korean players representing Korea. I think he’ll be — by coming to Seoul Dynasty — more comfortable playing in general.”

Like Fissure, Seoul Dynasty had its own series of ups and downs in Season 1 that culminated in a shocking playoffs miss. Of all teams, Seoul Dynasty — formed from the successful Lunatic Hai core lineup with a few notable additions like Fleta — was expected to be a preseason contender for the title. Instead, the Dynasty finished eighth, something that still weighs on the minds of the players.

“The thing that [Fissure] can bring is based on the fact that the L.A. Gladiators was in a higher rank than Seoul Dynasty, which was in eighth place,” Dynasty captain and support Ryu “Ryujehong” Je-hong said. “So I think that just having a player who was on a better team than us is bringing something to our team.”

Seoul Dynasty’s acquisition of Fissure marks a union of two parties that both fell short of expectations they set for themselves in Season 1, and on paper, it looks like a perfect fit. Fissure wanted an all-Korean lineup for language and cultural similarities, a place where he can communicate and take the lead in-game.

“As for what he can bring, I think strong leadership in the game,” Fleta said. “Because we needed someone who can lead the match. I think he can do that.”

“As a main tank, I feel like I can describe myself as a supervisor,” Fissure said. “So for example, they’re like different machines and I’m the one to kind of control them.”

Yet Fissure stressed that it’s not about what he can bring to the Dynasty, but rather how all of the members can improve as a team.

“It’s more than just bringing it,” he said. “I’m going to make it together with the team.”

His short time with the Dynasty showcases a happy main tank and a happy team. Despite the team members taking their role as representatives of South Korea very seriously, the Dynasty atmosphere is one of friendliness and equal standing, regardless of age or team. It’s a team where the Gen.G League of Legends squad can hear Ryujehong screaming excitedly from down the hallway while his teammates laugh at his ladder antics. A good team atmosphere is a point of pride for the Dynasty staff and players.

“What I actually want [Fissure] to do is to be comfortable with the team and pretend like we’ve been together long so we can show our genuine selves to each other,” Ryujehong said. “Even before this, during the season, all of the Seoul Dynasty players are really close, so we have a good atmosphere in general on the team.”

This might take some getting used to, but it seems that Fissure is already fitting right in.

“Everyone is renewing contracts and all that so you would assume that [the atmosphere] would be really bad or really good,” Fissure said, shaking his head almost in disbelief. “But Seoul is really easygoing, so it looks like nobody cares. It’s comfortable in a way.”