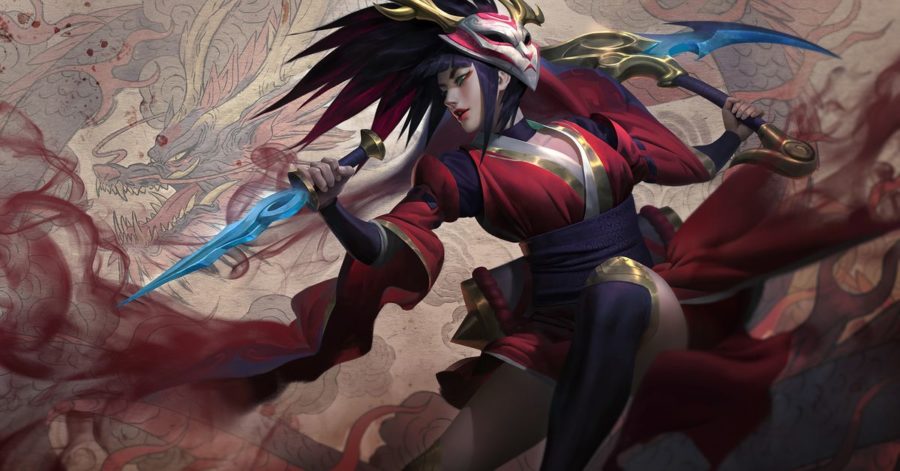 It isn’t easy to rework a champion in League of Legends. While there are plenty of complications in making an entirely new champion, designing a rework requires the champion development team to bring in fresh ideas without compromising what made fans love the original champion design in the first place.

And it’s easy to see what he means when you look at the old design for Akali. Sure, she’s a ninja, but what does that really mean for her kit or her design? Some League fans swear by Akali and would hate to lose their favorite champion. So it falls on Wenban to carefully walk the tightrope between bringing something new to the game and the champion, without losing anything in the process.

One of the things that Wenban says made this process easier in the case of Akali is that she started with a such a good baseline concept. “I was extremely excited to work on this … because of the character and the fantasy of the ninja assassin,” he said. With something like this as a thematic compass guiding the team forward, they felt more comfortable with the work they were doing.

Wenban explained that this is an effort on Riot’s part to move forward with the idea of champion reworks. “We started out on reworks for champions that were difficult to love, like Sion. Ya’ know, the pizza feets. This year we have started to tackle some champions that a large part of the community is not happy with, even when they are balanced so they end up weak. We went from tackling champions with huge and deep problems to champions we saw as really great opportunities.”

In other words, rather than working on some of the champions that League’s designed had passed by entirely, Riot moved on to working on champions with great themes that hadn’t quite been fully realized by their previous kits.

And in a lot of ways that’s noticeable with Akali. The kit doesn’t feel all that different, just like a better, more realized version of that old champion. Though a few mechanics didn’t make the transition. “This kit noticeably lacks a reset on kill mechanic. We tested a number of versions of specific spells that had kill based resets. At the end of the day, I found that those tended to feel tacked on and with where her abilities ended up. Simply using them well helped the player get a good number of variance in the kills they got,” Wenban said.

But the key to these designs is, at least to Wenban, what they add to the game. “We were worried about making her unique,” Wenban said. “But it’s not just uniqueness for the sake of it. It’s not like you play Akali with a gamepad. It’s strategic uniqueness.” In the case of the new Akali rework, that new-but-with-a-purpose mechanic is her Twilight Shroud, the centerpiece of her kit. When initially thinking about her old kit, this was one element that the design team immediately recognized as needing to stay in. “It was the most novel part of her mechanical kit, it changes how she is played and played with.”

The ability started life much earlier when the team had been kicking around the idea of a shroud that wasn’t an exact circle on the ground. In large part, that design remained intact as they created the ultimate kit, which has a sort of doughnut shaped shroud.

But all of this hides one of the Shroud’s most interesting and game changing mechanics: its turret interactions. Turrets can’t target Akali when she is in her shroud, no matter how close they are to her. 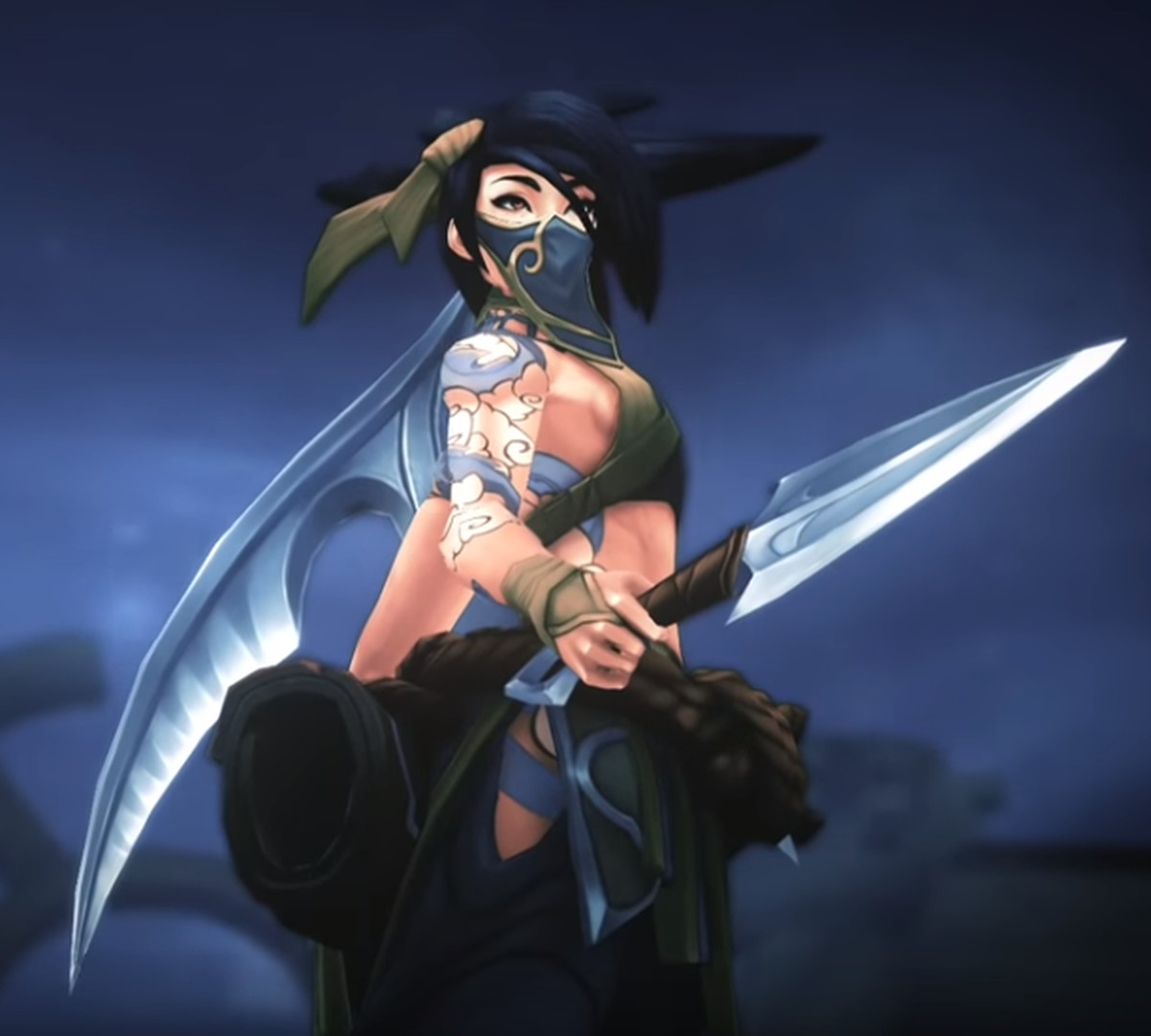 “If the standard question is ‘Why the hell would you let a champion stealth under a tower?’ we asked, ‘Why would we let a stealth break under true sight?’ Well in the case of a lot of champions, it’s because they would be too powerful. They would just jump under the tower and jump onto the enemy champion.” Wenban explained why Akali was different and added, “But because of how the shroud works … players still have information about where Akali is, even when she is stealthed.”

Players both on live and in their original tests often had trouble determining when the shroud was actually concealing them and when it wasn’t, according to Wenban. So in order to help the entire ability be more readable, they started to experiment with making it always provide concealment — just a more limited kind that the team refers to as “unselectability”.

On the subject of balance, and making sure that Akali’s shroud wasn’t too strong under tower, Wenban couldn’t help but laugh. “Maybe a difference between game designers and players is, that yes there was a concern, but we had a countervailing concern about, ‘Is this champion unique?’ The single greatest risk to a champions balance is if one champions is strictly better than another,” Wenban said. “Mechanics like Akali’s new Twilight Shroud help insulate the champion from being a quote-unquote bad version of another champion. Because no other champion in the game could have performed that task as effectively.”