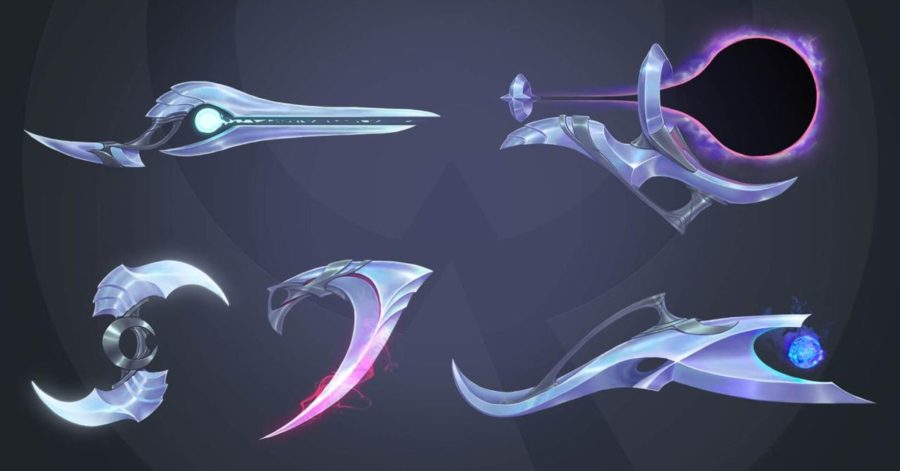 Aphelios, League of Legends’ newest champion, is by far, the most confusing champ to date.

He uses five different weapons, which you swap between. Because his skills change with each weapon he uses, he only technically has two skills: Q and R. His W skill swaps between weapons. His ultimate, Moonlight Vigil, has different effects depending on the weapon he has equipped.

Check out his kit below, sorted by what weapon he has equipped.

Calibrum is a poke/harass weapon. Its basic attacks have extra range.

When abilities deal damage with Calibrum, they mark enemies hit. Aphelios can right-click marked enemies anywhere on the map to follow up with a basic attack from his off-hand weapon (or his non-Calibrum weapon, in cases where he swaps Calibrum to his off-hand before firing). This attack detonates other nearby marks for bonus damage against the marked targets.

Fire a skillshot that damages the first unit hit and marks them. 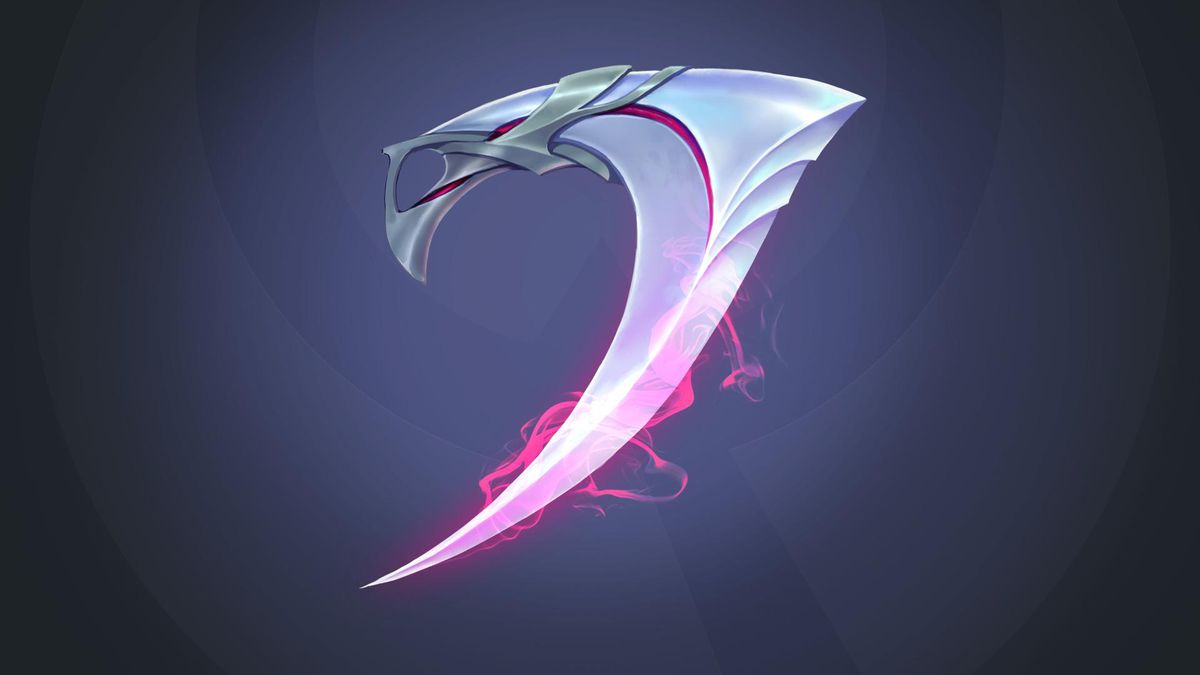 Severum is a sustain weapon that heals Aphelios for a portion of the damage it deals. Overhealing from Severum is converted into a small shield. 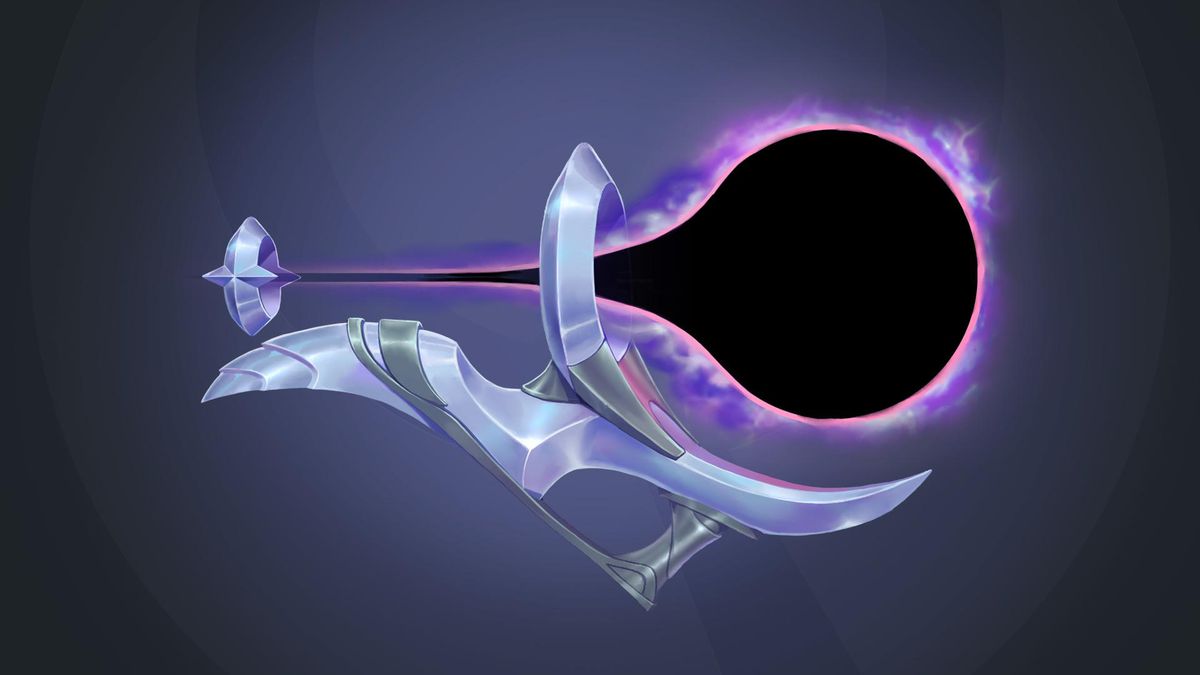 Gravitum is a utility weapon that applies a decaying slow to enemies.

Damage and root all enemies on the map affected by Gravitum’s slow. Eclipse doesn’t use Aphelios’ off-hand weapon. 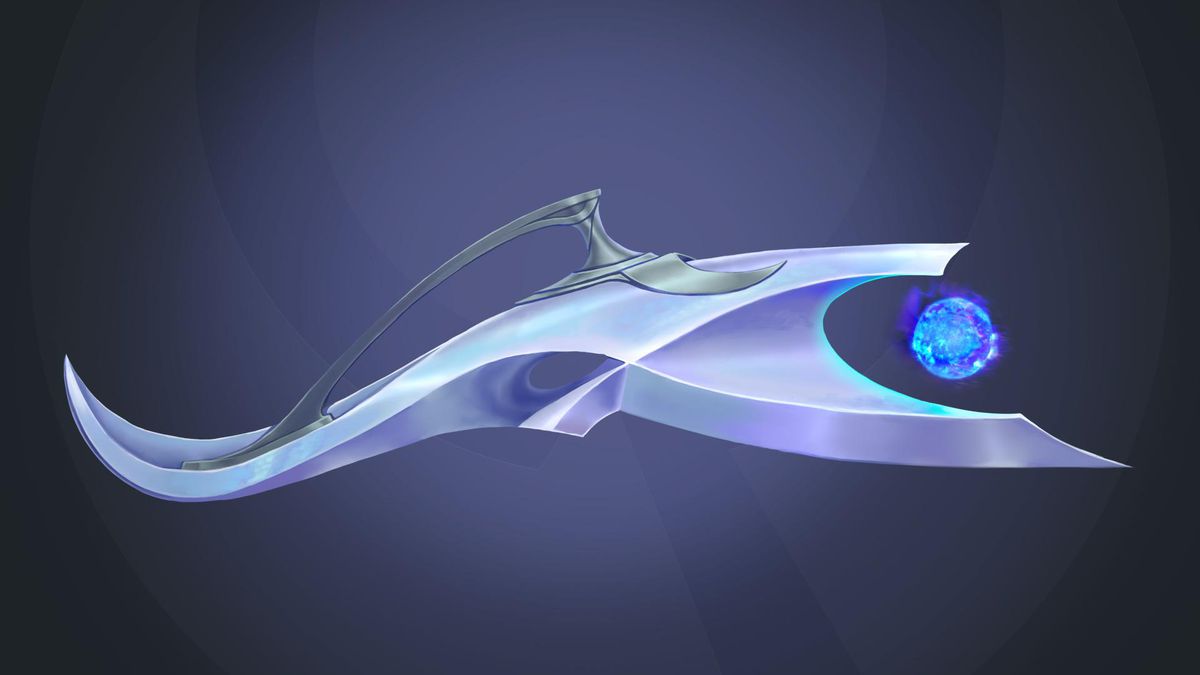 Infernum is an AoE/waveclear weapon. It deals increased basic attack and ability damage and creates a damage cone behind enemies hit.

Spout a wave of flame, damaging enemies. Then basic attack all enemies hit with your off-hand weapon.

Moonlight Vigil’s follow-up attacks create damage circles around enemies hit instead of damage cones behind them. Crescendum is a close-range DPS weapon that behaves like a boomerang. Once Aphelios basic attacks with Crescendum he can’t attack again until it returns to him, but his attack resets when it does. Attack speed increases Crescendum’s travel speed instead. The closer Aphelios is to his target, the less distance Crescendum has to travel—and the faster Aphelios can attack.

When abilities or their follow-up attacks deal damage with Crescendum, they create temporary copies of it for each enemy hit that increase the strength of Crescendum’s basic attack.

Deploy a turret that shoots the nearest target with your off-hand weapon.

If Moonlight Vigil hits fewer than three enemies, its follow up attacks still increase the damage of Crescendum’s basic attacks as if at least three enemies were hit.