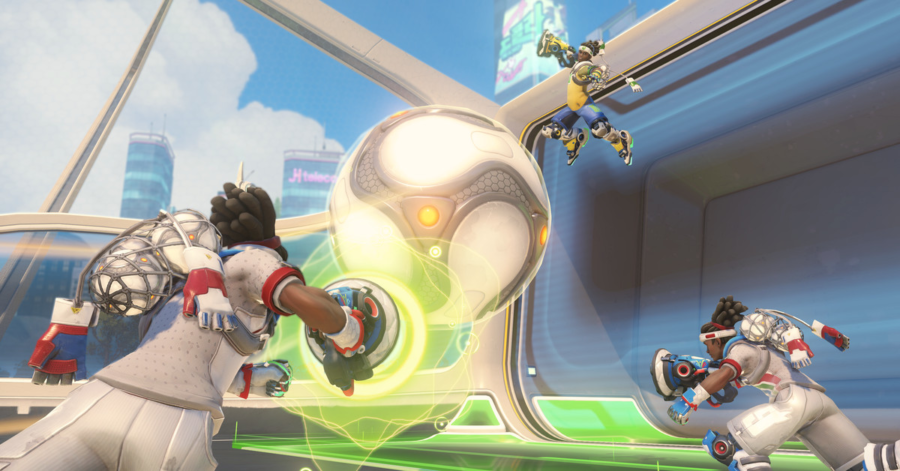 Arm yourself for Lucioball with these handy tips

Lucioball is Overwatch’s traditional Summer Games mode, where players enter into a 3v3 soccer match. In order to win, you must score more goals than your opponent. It’s a light, fun, bite-sized game mode.

You’re definitely going to want to play it at least 10 times, because there’s a competitive mode this time around. Winning 10 games earns you your placement, and sweet, sweet competitive points. If you’re not great at Lucioball, that’s OK — I lost eight times, and off the strength of my two wins, I ended up just under 2,000 ranking. That’ll translate to a hefty chunk of competitive points that can go toward your next golden weapon, which is a nice bonus.

Lucioball also counts toward your Arcade loot boxes. Three wins gives you one loot box. That’s three free loot boxes (plus whatever you get from levelling up) in about an hour, if you play your cards right. Not bad!

Hopefully, you’ll want to do better than my record of 2-8. Whether you haven’t played Lucioball in a while and you need a refresher, or its your first time in the stadium, these tips will get you started.

Lucioball spawns you in with one player on the right side, one player on the left side, and one player holding the goal. If you spawn in at the goal, it’s your job to be the goalie. It’s a big job; the net is big and the game is fast, so an unattended net will get dunked upon. You can also score some big plays from the net, so it’s not like you miss out on the glory! Make sure someone’s covering the goal, and if your team won’t do it, handle it yourself.

People get really mad at Lucioball. Yes, that’s silly. Yes, this is meant to be a chill game mode. Yes, even the competitive mode is inherently less serious than the base game. People are still going to get mad. Make sure you mute regularly so that you don’t get thrown off your own game. Communication is less essential to Lucioball than, say, assaulting Volskaya Industries, so you can rest assured knowing that cutting yourself off from mad teammates is a net positive.

Lucio’s melee attack is great for short passes and small maneuvers; there’s no cooldown, and it travels farther.

Soundwave has a cooldown, but the ball can really soar. Aim for the bottom of the ball if you want the ball to get more distance or even go airborne.

Your ultimate boosts you; you go faster, hit harder, jump higher, and soundwave’s cooldown drops. Use this when the ball first drops to control the field; get to the ball before the enemy can and launch it harder with your increased power. It’s a great way to get the drop on your enemies.

Using your environment is critical to getting ahead in Lucioball. First, jump pads are great — they give you a huge speed boost and fling you in the air. They’re great for vertical mobility and stopping high shots from going over your head. The one problem is once you start, you’re committed to the jump. This is especially fraught if you’re the goalie; if you’re in the air, the net’s wide open. Guard around the jump pad when you can, and use the goal’s jump pad for high saves.

The walls are also a fantastic way to get the ball away from the enemy. Wallriding gives you a massive speed boost, and you can even bring the ball with you. The corners of the stadium are curved, so you can use them to roll the ball. Once you have the ball near the net, you’re most of the way there.

The Summer Games run until Aug. 30, so that’s plenty of time to get your placement matches in and master the Lucioball field.