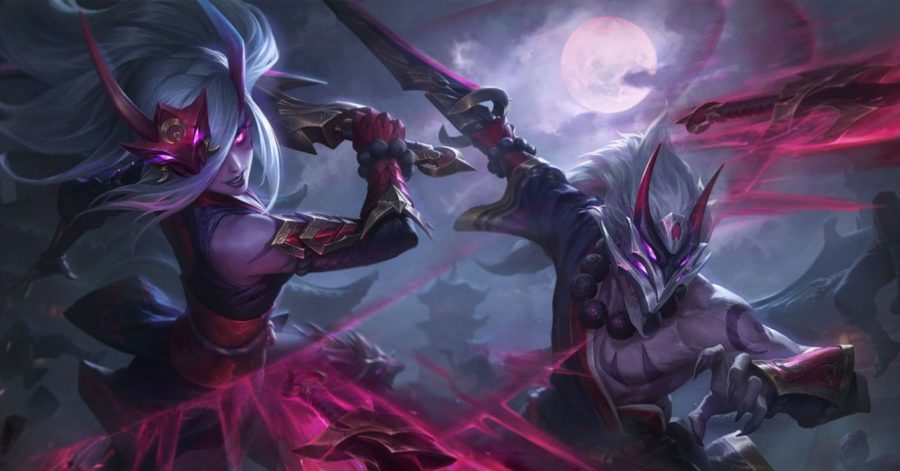 Katarina, Tryndamere, and Master Yi are the latest League of Legends champions to join the Blood Moon skin line.

All three champions have put on red robes and demon-themed masks to celebrate the Blood Moon. As usual, they’ve been given some cool-looking weapons and other red glowing effects.

The skin line, which focuses on cult members merging with demons during Blood Moons, is one of the biggest in the game. Akali, Shen, Yasuo, and many other human-like champions are the cultists, while demon-like champions, like Aatrox and Evelynn, play the demons. The original lore involved Shen and Akali putting on a play for a festival in Ionia, but it has since changed to directly involve demons and cultists instead.

These skins will likely release sometime after patch 10.4 goes live, with a slew of icons and other accessories to go with the skins.

This post will be updated when more information becomes available.