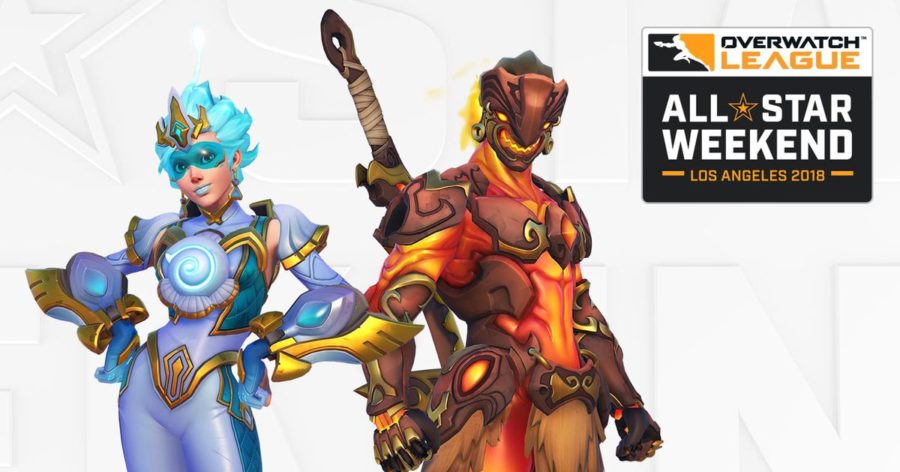 The first Overwatch League All-Star Weekend is fast approaching, and will take place over two days. Saturday, August 25th will be a day of fun face-offs in custom matches, while the 26th will be dedicated to a head to head All-Star game between the Atlantic and Pacific divisions.

Saturday will be hosting the following events:

Tired of standard Overwatch combat? You’ll love this 3v3 series, played in a best of three format. The pros will take to Busan Stadium and try to out-boop each other. Each map lasts five minutes; if the teams are tied, they enter sudden death and the next goal wins.

Who needs the meta game? The Atlantic and Pacific teams will compete in a standard competitive game… except their heroes will be randomly selected upon the match start, and again on respawn. The pros will battle against both RNG and for dominance on Ilios, Lijiang Tower, and Nepal.

Each division will select their four best Widowmaker players. These players will go head-to-head in snipe offs, with the first to reach five kills winning. Eventually, only two players will remain, one from each division. The final Widowmaker battle will be first to seven eliminations.

Eliminations are headshot only, no automatic fire. No capture points, no payloads, and a draw will be declared after five minutes. After 30 seconds, each Widowmaker can see the other one on the map. There’s no room to hide in this showdown.

The Pacific and Atlantic coaches will draft two teams of casters and analysts, who will face off in a 6v6 best-of-three series. The first map will be King’s Row, the second map will be selected by the team who is down a point, and if the series is tied 1-1, the action moves to Busan Stadium for Lucioball. The Overwatch casters and analysts not playing will be on the desk with Overwatch League players. This series should be an absolute blast.

When there’s no objective and no payload, you just gotta get down to business. Lockout elimination is all about killing the other team before they can kill you. This will be a best-of-three series played out on Oasis University, Necropolis, and Castillo.

Sunday’s All-Star Game will be much more traditional. It’ll be a five-map match between both teams, with a map pool of King’s Row, Rialto, Horizon Lunar Colony, Route 66, and Ilios. All 18 players on each team must be used at least once, with substitutions available between maps. Each All-Star team has been provided a coach.