The season 8 meta in League of Legends has been tumultuous to say the least. The game has seen almost everything, like Ardent Censer supports buffing crit ADCs who could win a game with nothing but shields, or canon minions stronger than top laners. Then there is, of course, the change to a meta that sets marksmen aside almost completely. And while all this uncertainty and turmoil has caused more than a few League fans to shy away from the game, there’s no one in the world that has quite the same relationship to the meta that pro players have.

With their jobs on the line and a constant need to stay ahead of the curve, it would stand to reason that a constantly shifting meta would be the bane of a pro player’s existence, but that’s not the case, at least not for all pros. For some, this meta that we have had since mid-season has provided them a chance to prove to the world their skill and mastery of all different types of champions in League of Legends.

“I think it’s important slash mandatory for professional players to be able to play several champions in several roles. The entire idea of only being able to play one role and only playing two to three champions has never really rubbed off to me,” said Gabriël “Bwipo” Rau, Fnatic’s substitute top laner and current starting bottom laner in an interview with the Rift Herald during the recent Rift Rivals event in Los Angeles.

Since season 4, when Samsung White showed us all exactly how professional League of Legends should be played, there’s been a push and pull between the meta and its counters. While some teams have found their identity in countering what other teams were doing, it wasn’t a sustainable strategy if you wanted to stay winning.

But for the first time, that has started to subtly change.

There’s now a path opened to players and teams that would rather use their diverse champion pools to punish their opponent’s picks, rather than playing into what is expected.

“The first thing you have to do is find out which champions is strongest, then you have to figure out who counters the strongest champions,” Rau said.

Perhaps the most under appreciated commodity in this new and unstable meta, though, is the players themselves.

It can’t be ignore that for most of these players’ entire professional careers they have only really had to play a few champions and for some, only of one class.

“A player like Rekkles is incredibly good at this,” Rau said. “You see him generally having a very small focused champion pool that’s optimal in most scenarios. Then having a fourth or fifth pick as a fall back, something he is comfortable on. Now in this meta, we’re falling back on eighth, ninth or tenth champions.” And that’s exactly where Rau can shine.

So, when a moment comes along that calls for something else, something off the beaten path and a little less than familiar, teams need players that can step up to the plate and play the champions that others can’t. For Rau, this moment has provided him with that unique opportunity.

“It’s hard not for me to enjoy season 8, especially with what happened to my career. I started in January with the hope of playing one LCS in the Spring Split, I wound up winning that split with my team … then 8.11 hit and well, things happened,” he said.

For Rau, the path to playing professional League of Legends on Fnatic was a bit of an unexpected one. Until just a few months ago, the only thing that he held for sure was a spot on the Fnatic bench. That is, until Soaz, Fnatic’s starting top laner, got hurt and wasn’t able to play for most of the EU LCS Spring Split Playoffs. This presented a golden opportunity for Rau to prove himself and his play, but not necessarily a more permanent job. In fact, after a very successful run through the playoffs and a finals win, it seemed that Rau would have to transition back into his role on the bench. Until the meta shift happened.

After the change when mages and bruisers started taking over the bottom lane, Rau got another chance to fill in for a teammate. This time, it was Rekkles, who simply wasn’t comfortable playing the meta, after spending so long playing only marksmen champions.

After a few months of play, it isn’t outrageous to call Rau one of the best top laners, or at least best bruiser players, in all of Europe, let alone the NA/EU Rift Rivals tournament. But it’s hard to say if he would have had much of a chance to play at all if it weren’t for all the changes this season and Rau is well aware of that. He sees his chance to play and fill in for teammates in this meta as a sort of reward for always playing a style of League that required him to be good at everything and know every champion he could.

I think it’s important slash mandatory for professional players to be able to play several champions in several roles.

According to Rau, the entire basis of this meta shift that opened up pro games to so many different picks was the elimination of one thing: crit marksmen.

“Crit as a whole is a really frustrating stat to play against,” Rau said. “They would do too much damage if they crit and almost negative damage if they didn’t … because of front loaded damage of crit you couldn’t even step into their range.” He continued with a classic example that every player has experienced. “If I’m walking forward into a Tristana with 800 range and she killed me with two attacks, then I’m not having any fun … and I don’t think the Tristana thinks she is Faker either.”

And it’s easy to see where he is coming from. After all, if you are a bruiser, the odds of you getting close enough to a champion like Caitlyn — let alone Tristana — were always slim to none, especially when they took out half of your health in just one or two basic attacks. They were unhealthy for the game and they stifled more interesting picks. Because of this, Rau’s glad they are gone.

“I feel like we put a Band-Aid on marksmen being marksmen by just taking them out of the game,” Rau said with a massive smile.

These champions also rely mostly on their basic attacks and are more than capable of dealing a massive amount of damage at the beginning of a fight and taking out their opponents in a snap. So, what’s different about these champions? Counterplay. 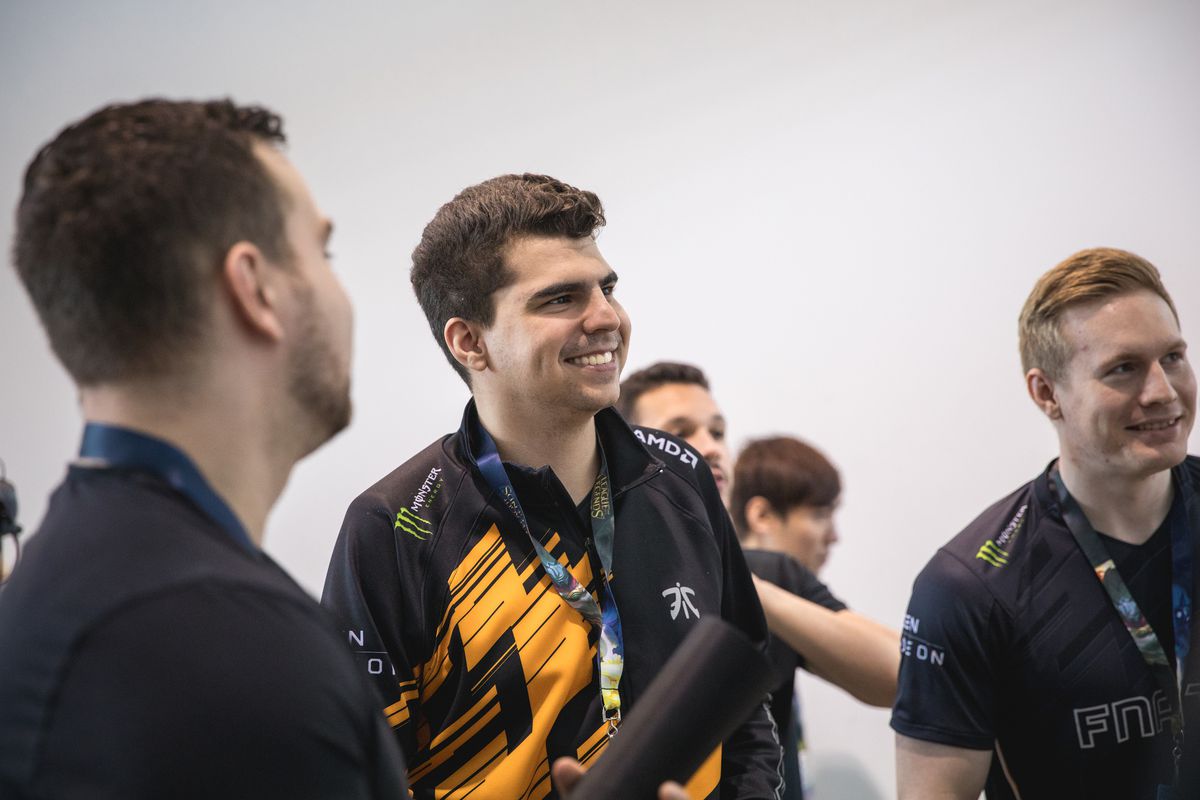 When you face off against Jhin, his damage pattern is fairly predictable. You know that the first three shots are gonna be pretty low damage, but that the fight is on a timer for you because the fourth shot’s always coming. Similarly, Kai’Sa has her passive marks on a target that let you know exactly when it’s time to back away from a fight because of how much damage is on the way. And most importantly, neither champions biggest damage can happen right as a fight starts. That means that melee champions have a real chance to get up close and personal and have a real fight.

Rau knows that the process of fixing these issues won’t be easy. In fact, he thinks that it will likely take soft reworks to move those crit champions that ruled the game for so long back into a healthy place that allows other champions to flourish too. And he’s more than OK with that. Until then, he’ll keep enjoying his bruisers, keep dominating bottom lane and keep starting for one of Europe’s best teams.