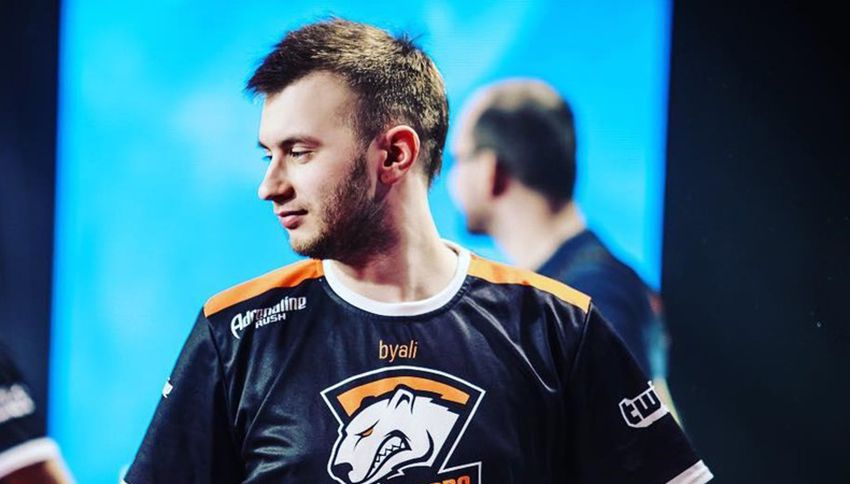 Russian esports organisation Virtus.pro has announced that Paweł “byali” Bieliński will be departing its Counter-Strike: Global Offensive roster once the FACEIT Major — London 2018 concludes in September.

byali has spent a good portion of his professional CS:GO career on the ranks of Virtus.pro, joining the Polish roster on Jan. 25 in 2014. Prior to his arrival, he played for the likes of ESC Gaming, Universal Soldiers, and AGAiN.

Here’s what byali has to say about the news:

All these years together with Virtus.pro were simply incredible! I’m deeply thankful for everything the team has done for me. Only because of them I became who I am now. I also would like to declare my deepest gratitude to all the fans who kept cheering for us in our brightest, and our darkest hours. I’m leaving Virtus.pro, but I wish the guys all the best.

Here’s what Virtus.pro’s roster will look like once the Major is over should they not find a replacement straight away:

Earlier in August, Piotr “morelz” Taterka was benched to make way for snatchie, who joined from Polish side AGO Esports. It’s evident, following this announcement, that roster changes are something Virtus.pro fans should get used to for a little longer.

The FACEIT Major in London commences on Sep. 5 and wraps up on Sep. 23. Virtus.pro are part of The New Challengers portion of the competition, and will be competing for a favourable share of $1,000,000.