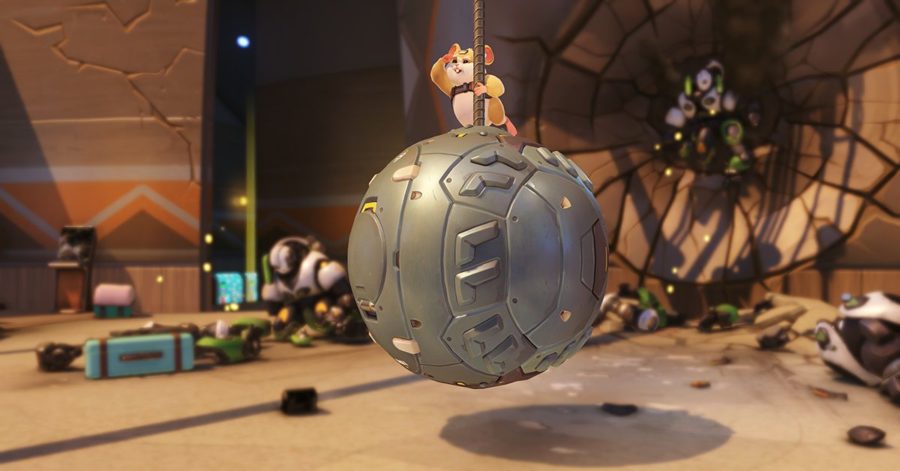 Overwatch’s 28th hero is now live on the PTR, and from initial experience, his new gameplay is somewhat crazy!

Wrecking Ball seems to be a very disruptive tank. Hammond’s mech packs a lot of mobility, with the ability to move through and cause chaos in any tanky frontline or backline of supports. After a quick test in One Hero Limit / Quickplay, Hammond players definitely need to operate in a guerilla fashion (ahem). He’s no solo main shield tank, but Hammond is devastating when unleashed on isolated targets or closely clumped up teams; and downright deadly when backed up by his team.

Wrecking Ball’s Roll ability gives Hammond a boost in movement speed to relocate quickly into or out of danger. The more enemy heroes that surround him, the stronger one of his abilities then becomes. Adaptive Shields give more temporary shields for every additional enemy hero surrounding Hammond in his mech.

Once into the fray, Hammond has a number of options to scatter any team. His Quad Cannons feel similar to Dva’s – with perhaps a bit more punch, but balanced out with a magazine size of 80. He has a unique ability in Grappling Claw, which allows gap crossing, repositioning AND the ability to literally become a Wrecking Ball. When attached to the environment with his Grappling Claw, Hammond’s mech can swing around at increasing speeds, doing damage to any enemy hero it comes into contact with.

With the correct movement, your claw can also get Wrecking Ball airborne to set up Piledriver. Slamming your mech into the ground deals damage whilst launching enemies into the air. Although this can be triggered from a jump from higher ground, much like a Doomfist Seismic Slam, we’ll see its best use when set up from a Grappling Claw swing.

Finally, Minefield provides an explosive field of proximity-triggered pain as Wrecking Ball’s ultimate. Mines have a short deployment time,meaning they can be effectively rained on the enemy team if Wrecking Ball engages from the air…setting up a nice combo with Piledriver too.

It’s of course very early days, but Wrecking Ball is a very different feeling kind of tank that’ll bring some hilarious and skillful plays once people get used to moving with Grappling Claw.

I can’t wait to see how people combine him with the new Symmetra rework!