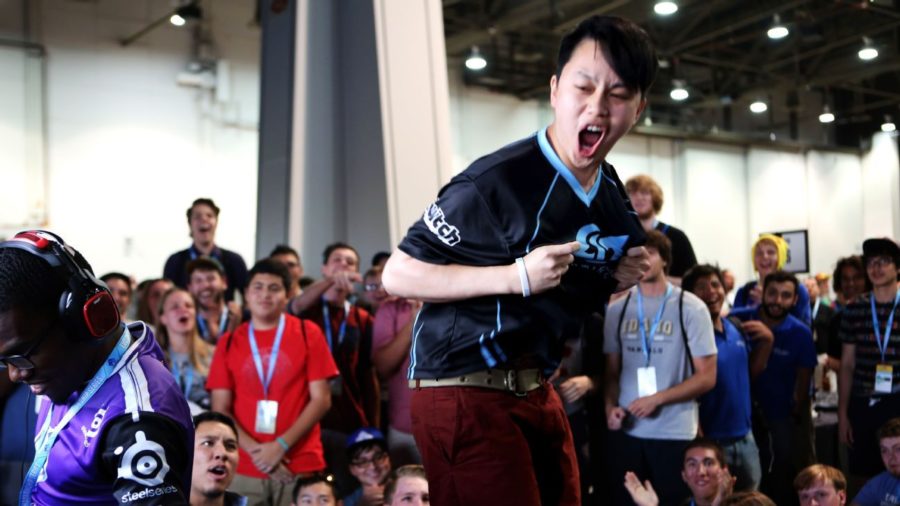 Community effort gets players, organizers to CEO despite travel woes

When Zac Tepe arrived at Hartsfield-Jackson Atlanta International Airport at 5:30 p.m. on Thursday, the fighting game event organizer rushed off his flight from Pittsburgh and jetted for his connection to Daytona Beach, Florida.

Beginning Friday, Tepe was a part of a staff of hundreds that is responsible for organizing the fighting game community’s second-largest event, Community Effort Orlando, which for the first time moved to Daytona Beach as it aimed to scale up.

But one word stopped Tepe’s sprint in its tracks: “Delayed.”

What was initially a three-hour delay as a result of inclement weather, making Tepe, and later other members of the fighting game community, predicted to leave Atlanta at 10 p.m., turned into four hours. Then four and a half. And then 12, with an estimated time of departure of 7 a.m. on Friday, the first day of the event.

Tepe and his colleagues cozied up under chairs at the largest airport in the U.S. and slept. And then came 5:30 a.m. on Friday.

“I don’t know what your alarm ringer is, but my alarm ringer is not usually a text that says my flight is canceled,” Tepe said. “Everyone has a bad alarm; I’d say that’s about the worst alarm.”

And due to such a large number of participants, rescheduling pools — or where every single participant played, including top players like Super Smash Bros. Melee’s Kevin “PewPewU” Toy and Zachary “SFAT” Cordoni, Super Smash Bros. for Wii U’s Gavin “Tweek” Dempsey, Tekken’s Choi “Saint” Jin Woo and Kim “JDCR” Hyun Jin and Street Fighter’s Kenneth “K-Brad” Bradley, who like Tepe were stranded in Atlanta — is impossible.

Tweek, who is in contention to sit atop the impending Panda Global Smash for Wii U rankings, was scheduled to start pool play at 2 p.m. on Friday. With his flight options limited, he sent out a number of now-deleted tweets, announcing he’d likely get disqualified from the event as a result. But then, at 9:58 a.m. on Friday, he sent out one word: “hope.”

Moments earlier, one of Tweek’s competitors, Samuel “Dabuz” Buzby messaged Community Effort Orlando founder Alex Jebailey, asking that if he — who played the following day, Saturday — could trade places with Tweek. Jebailey said that if Dabuz could compete at noon on Friday, he’d make the switch.

Dabuz’s flight, he said, arrived into Daytona Beach at 11 a.m. But he’d give it a shot.

“I’ll never ever forget this, thank you so much,” Tweek tweeted at Dabuz on Friday morning.

In the hours earlier, Tepe, Wavedash Games co-founder Jason Rice, Twitch esports staffer Arian “Blur” Fathieh and others ran down to the Dollar Rent A Car counter at Hartsfield-Jackson. They needed three vans, immediately, in hopes to get K-Brad, Tweek, JDCR, Saint and others to the event as soon as possible.

The plan had changed: It was a near seven-hour drive to CEO, but there was hope that some of the best players in their respective games would make it to the second-biggest event of their year. In the end, PewPewU and SFAT were disqualified from their doubles competition pools. But the majority of the others made it — and nearly all made it out of their pools.