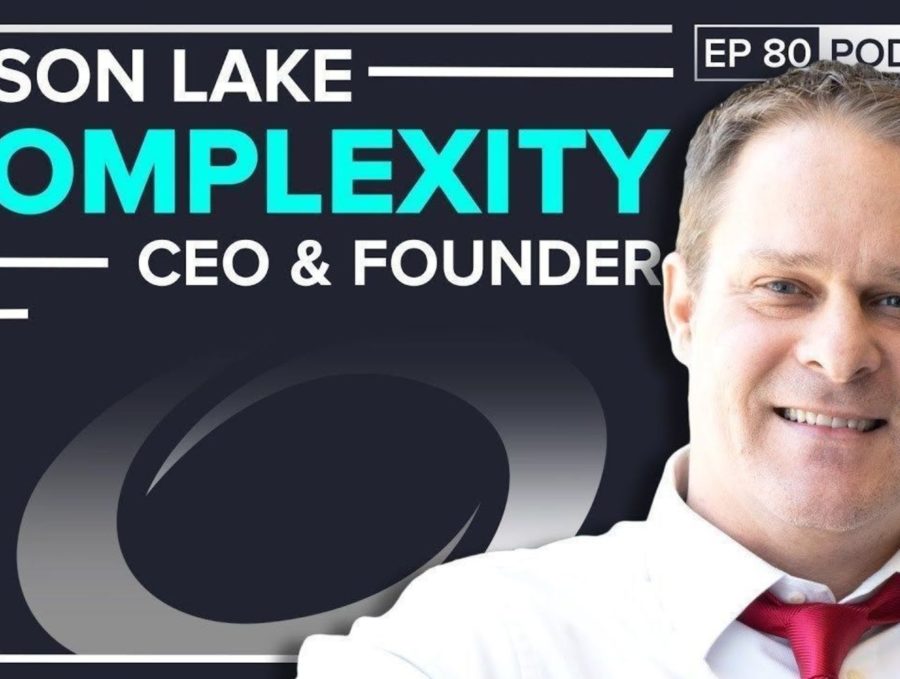 compLexity CEO Jason Lake: ‘It’s about winning, not necessarily how your flag looks on HLTV’

Jason Lake is the founder and CEO of compLexity gaming. He started coL as a Counter-Strike 1.6 clan in 2003 and, more than a decade later, sold its majority stake to an ownership group that includes the owner of the Dallas Cowboys.

Lake joined theScore esports Podcast to discuss coL’s impressive run at the London Major, their commitment to nurturing North American CS talent and how it feels to win without a star-studded lineup.

For the majority of CS:GO fans, compLexity Gaming’s impressive Top 8 finish at last month’s London Major came as a surprise. For those who’ve been around the scene for some time, however, it invoked a different feeling entirely: nostalgia.

“Overall, that run was definitely something special,” said Lake. “It was definitely nostalgic. Meeting some of the larger brand names in European Counter-Strike isn’t something we’ve done in quite awhile.”

coL’s 5-8th finish in London marked the first time they’ve made it out of a Major group stage since 2014.

“With some of our fans, we can literally say ‘Dude, when we were winning championships, you were literally in diapers,'” he said. “That’s what I mean when I speak of being nostalgic. Seeing the compLexity brand on stage, headshotting and kicking ass in Counter-Strike means the world to me.”

Such a humbling honor to have the coL logo on the big stage again.

And even though top-tier performances also happen to be good for business, Lake believes that winning is its own reward.

“Nothing can replace winning,” he said. “That’s what drives us.”

“When I’m sitting in board meetings and business meetings, or at some esports conference, and just talking about some of these dry things, and I have to put on my tie when I don’t feel like wearing a tie, you go through all that bullshit so you can win.

“If you’re not really interested in winning, you shouldn’t be involved with the team side of esports. Period. If you don’t want to go out and kick people’s ass, rattle people’s chains, and really get after it, then go do something else.”

Join us in the compLexity offices and relive today’s #FACEITMajor #coLcs vs @G2esports matchup from the office of @JasonBWLake! pic.twitter.com/HzkThD9cKz

By finishing Top 8 in London, coL have earned a spot in the New Legends Stage of the upcoming Major in Katowice. Preparation might prove difficult, however, given how hectic coL’s tournament schedule is going to be in between now and the event’s February start-date, a common problem in CS.

“It’s always challenging in Counter-Strike because, in my opinion, it’s just greatly over-saturated,” he said.

“There’s never a moment to really catch your breath and properly prepare and strategize for opponents. We’re in two online leagues, we got StarLadder and are headed over to Kiev soon, so the phase the team is currently in is kind of adapting and learning to compete at the highest tier with that travel schedule.”

And as CS:GO has grown to accommodate all these leagues and tournaments, more and more teams have sought the competitive edge it takes to win consistently by buying up star players and grafting them on to existing teams. One of the things that made coL’s performance at the Major so impressive though is the fact that they achieved it organically.

“You see some teams that are constantly trading back and forth the same guys with the same buyouts worth hundreds and hundreds of thousands of dollars,” Lake said. “Our philosophy is to try to build something special that works alongside pro gamers and builds superstars rather than just trying to take the current superstars and plug them into positions.”

Lake went on to mention that he was given an offer earlier this year to sign a “top four” team for $1 million. Lake didn’t disclose which team he was offered, but says he’s happy he didn’t go through with the deal and made it to Top 8 anyway.

“We’re particularly proud of that, if I’m being honest,” he said. “I’m not afraid to go out and make big signings to try to hoist trophies, but that’s never really been in our DNA.

“Early this year, I was offered a top four team in the world for like a million dollars. I could’ve skipped that process, I could’ve gone straight to the top. For several different reasons, we opted against making that million dollar purchase and going straight to the top of the Counter-Strike ratings. One of those reasons was that I believed in the roster that we had.”

With the viability of one-region rosters being put into question, teams are starting to diversify their lineups in terms of nationality. For Lake, this has given North American talent the opportunity to prove itself on the international stage.

“I don’t know that there’s ever been a mandate for me in compLexity that’s like ‘Hey, we want to wave the red, white and blue,’ or the North American mantra, he said. “But it definitely means a lot to us if we can take North American players and build them to a place where they compete against the world’s best. That’s kind of what we built the brand on way back in the day.”

“In an ideal world,” he said, “we’d love to always stick with North American players but, at the end of the day, I’m going to do what I think we need to do to win. If that means importing a European or two, or someone from any other region, then I would do it.

“The world’s becoming a smaller place, and it’s about winning, not necessarily how your flag looks on HLTV.”