Complexity are not a surprise dropout given that they are left with a four-man roster following the release of Ricardo “Rickeh” Mulholland earlier in the week. Meanwhile, the future of the Renegades roster remains unknown, with Dexerto reporting that the team’s contracts are set to expire in the near future and that the players may not re-sign.

The two teams are not the only ones struggling with roster woes as Envy, who were also invited to the closed qualifier, are also currently trialing players to replace Aran “Sonic” Groesbeek.

Renegades have gone renegade on the qualifier

To fill the vacant spots, two additional teams will be pulled from the open qualifier. The winners of the quarter-final matches will advance to the closed qualifier, while the losers will play an extra match in order to determine the final two teams.

The DreamHack Masters Malmö NA open qualifier is currently underway, with a new-look Luminosity lineup fighting for one of the six qualification spots alongside the likes of ATK, Sharks, and Swole Patrol.

Due to circumstances @compLexity and @Renegades will have to drop out of the @CORSAIR DreamHack Masters Malmö Qualifiers.

We will play an extra game in the bracket so we have two more winners in the Open Qualifier. pic.twitter.com/jkmVg79W0l

Ryze is getting 2019’s Championship skin 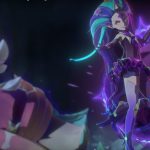