Could the ‘bunker’ comp be Overwatch’s next metagame?

With some slight buffs incoming for Orisa and the prevalence of bunker compositions in Europe, the community has been alight with speculation on whether or not bunker is the next dominant metagame. But what is bunker? It could be the composition to replace the notorious GOATS.

We’ve tracked down some of the most brilliant minds in competitive Overwatch to breakdown this theory and help explain just what the composition is, why it’s good, and if it will replace GOATS as the next dominant metagame.

A bunker composition is built around Orisa.
Defining Bunker

“A Bunker composition is Orisa with either Roadhog or D.Va plus two DPS that can fight at long ranges such as Junkrat, Bastion, Widow, or Hanzo and two supports like Mercy and Zenyatta,” said Emanuel “Peak” Uzoni, former coach for the Dallas Fuel. “The choice of DPS and supports completely depends on the flavor of the month, patch, region, map and personnel.”

Chris “Dream” Myrick, former coach for the Toronto Defiant’s academy team, Montreal Rebellion, echoed a similar definition but gave a few clarifying examples. “Pirate ship [a Junkertown specific strategy] is an offensive form of Bunker for example, but the double-sniper composition is not usually considered a Bunker because the snipers tend not to play behind the shield, instead [they] take flanks and off-angles.”

With these definitions in mind, this isn’t the first time we’ve seen the bunker framework excel in Overwatch.

On maps like Horizon Lunar Colony, Temple of Anubis, and even Hollywood, bunker compositions have been a standard defensive composition for ages. If you think back to Overwatch League Season One, particularly during stage four, many teams like the London Spitfire and the Philadelphia Fusion used an offensive bunker composition on maps like King’s Row and on Eichenwalde. So the composition isn’t something “new.”

To summarize, we know that bunker compositions like to run Orisa and that the other components usually play behind the Orisa’s shield. But what exactly makes this composition tick? What does it do well?

“The idea behind [bunker] is that you want to shut down enemy sightlines either through extremely high spam damage, so that enemies cannot hold up a shield and break your shield first, or with snipers and rotate the Orisa shield to kite,” Peak explained. “It’s good because it’s very hard to walk up towards the composition. In order to get close, you need to break the line of sight and take cover around corners while advancing to the composition so you can fight it.”

Former coach of the Washington Justice, Mark “Obasill” Regush, helped to detail what bunker does well. “Generally placed on high ground, [bunker is] looking to hold that area by giving durability to dives and provide clear lines of sight to the enemy paths,” he said. “Most of the time it has the team stacked up to optimize AoE healing and abilities. Orisa and usually D.Va make it so the DPS behind the shield are in relative safety when peaking certain angles.” 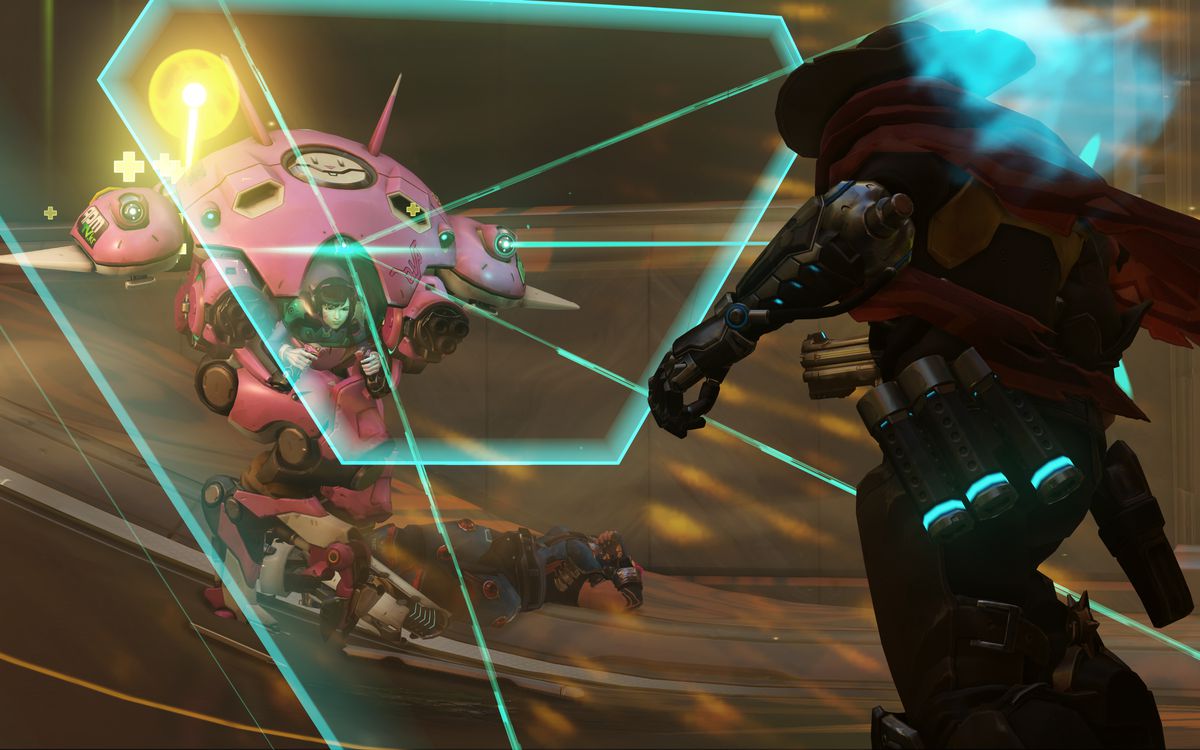 “Most current Bunker compositions are based around stacking enough damage [so] that GOATS can’t play the objective or successfully run onto the Bunker directly without dying,” Dream said. “Since the composition is very immobile and high ground reliant, it is typically used for defense on Assault or Hybrid maps. In many of these situations, the opposing team is forced to play either a poke or spam composition or a full dive [composition]. This can take teams out of their current GOATS comfort zone and allow teams with highly mechanical players to shine.”

To run with Dream’s explanation for a moment, think of the composition like a turret. You don’t run headlong into some form of machine-gun nest. You force it to relocate and attack when it’s not sieged up or you have to abuse cover to slowly close the distance. And this is executed by many teams when faced with bunker compositions. Often you’ll see Sombra with a dive skeleton used to counter the composition because of how well they prey on these weaknesses.

We know that bunker compositions are strong but slow and tend to rely on spamming long sightlines and narrow corridors with burst damage, but there still leaves one questions unanswered: will this composition be the metagame to replace GOATS? My magic 8-ball of expert Overwatch knowledge says it’s unlikely.

Obasil didn’t think too highly of the composition, saying “The current PTR changes are nothing more than slight buffs to it. Not enough to tip the scale so heavily that it becomes the norm. On top of that, people have realized that compositions like three DPS with spam [heroes] deal with it fairly well.”

“I don’t think it’ll replace it on all maps and points, but some points such as on Horizon Lunar Colony, Point A defense it will because it is simply too much in favor of bunker,” Peak explained. “It won’t on maps like King’s Row, Rialto and such because you can simply run Sombra GOATS and it’s a composition with a massive health pool, combine that with a fundamental understanding of how to avoid unnecessary damage by breaking line of sight and bunker won’t have a strong chance to fight back.” 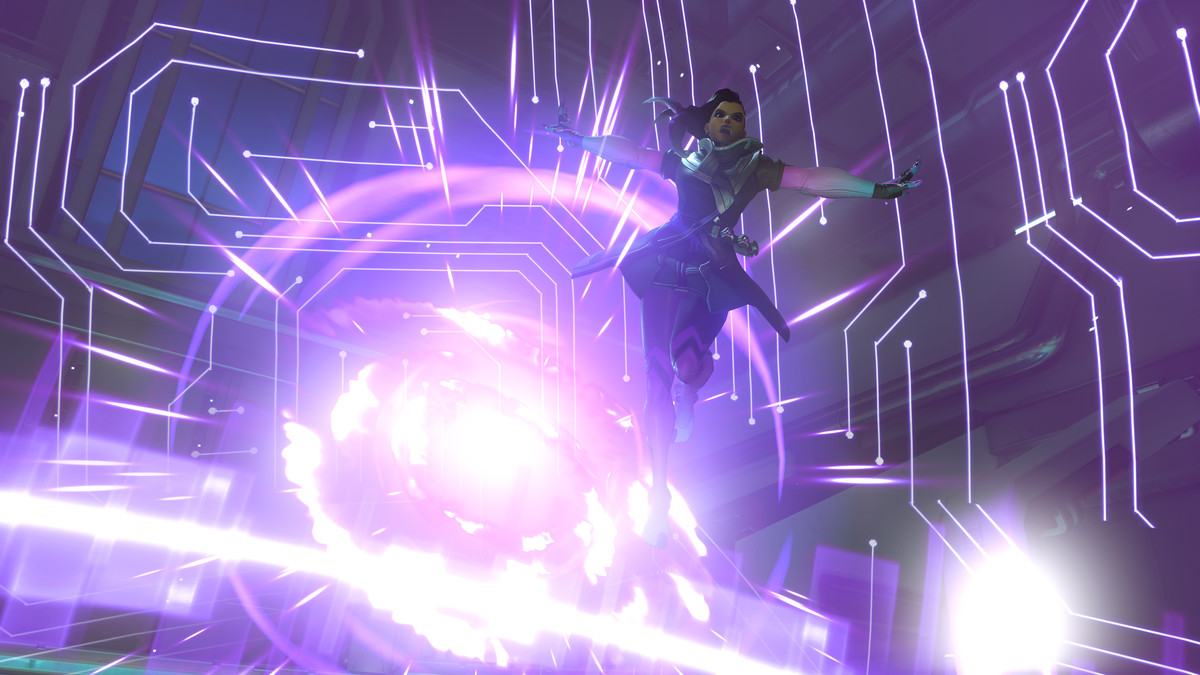 Peak also made an incredibly salient point around how bunker compositions don’t transition well onto other points of the map. “If you start losing the defense with the composition, you have to reset [your] ultimate charges when you make switches and it’s a slippery slope downhill versus anything with a Sombra in it.”

Dream attacked the question from a slightly different angle, agreeing that bunker won’t directly replace GOATS … but on the ladder and in amateur play the composition can shine. “[Bunker] is less reliable at running time off the clock than GOATS is for defense, and has a very limited use on attack,” he said. “It has value on [the] ladder but in coordinated play, tank compositions are just too consistent at winning fights and cycling ultimates on other compositions. Unless the Orisa quality of life buff makes an enormous difference, I don’t see a lot of value or potential in Bunker style compositions.”

While Clockwork Vendetta had a fantastic run through Contenders Trials, it doesn’t seem that bunker is going to be the next composition that dominates the Overwatch League. However, there is a good chance that these compositions continue to see some success in Overwatch Contenders and on the ladder where coordination is a commodity and nearly a trade-able good. Bunker will continue to be a map dependent pick for the foreseeable future, and might even grace the odd map as a gimmick composition to catch the enemy team unprepared.