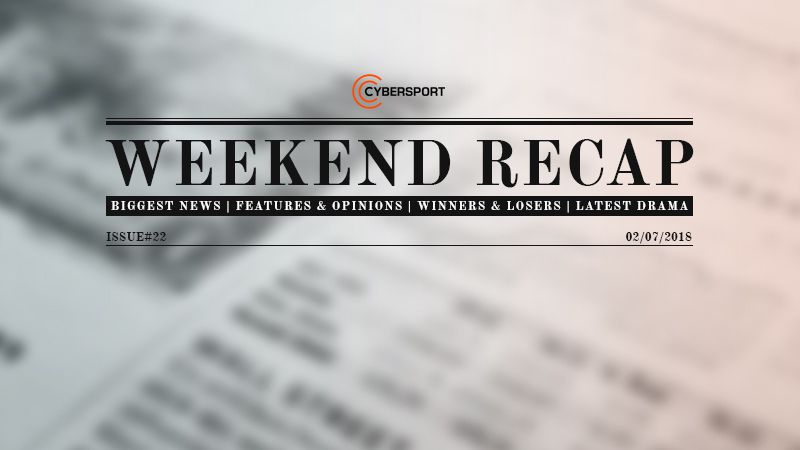 An association for professional Counter-Strike players has been announced among qualifying action for the PUBG Global Invitational 2018. Here’s your Weekend Recap!

After years of speculation, it’s finally happened: the Counter-Strike Professional Players’ Association (CSPPA) has been announced. Spearheaded by Scott “SitScoots” Smith earlier this year, around 90 professional CS:GO players have joined the association at this time, and plenty of players are yet to be approached about joining.

Team Liquid managed to secure the victory at the European Qualifiers for the upcoming PUBG Global Invitational 2018. Finishing both the first and second day in first place, Team Liquid managed to close out the third and final at the top of the standings – the other European teams that qualified are Welcome To South George (ex-Kinguin) and Pittsburgh Knights. FaZe Clan, the favourites going into the event, are among a few major disappointments going into the biggest PUBG tournament yet.

Latin America was another region that hosted Qualifiers for PGI 2018 over the weekend, and it was drama-fueled. Finishing 15th out of the 20 teams that competed, Team Secret was among the favourites entering the tournament. Unfortunately for them, they were disqualified from the first day of play due to apparent cheating involving Discord. The head of PUBG LATAM alledgely refused to acknowledge an appeal to the decision, despite Team Secret stating they can prove they didn’t break any rules.

Only a month after filing a lawsuit against Epic Games citing that Fortnite has stolen key concepts and features from PlayerUnknown’s Battlegrounds, PUBG Corporation has withdrawn the suit. This feud dates back to September 2017, but nothing has ever come from the pointing of fingers – nor lawsuits.