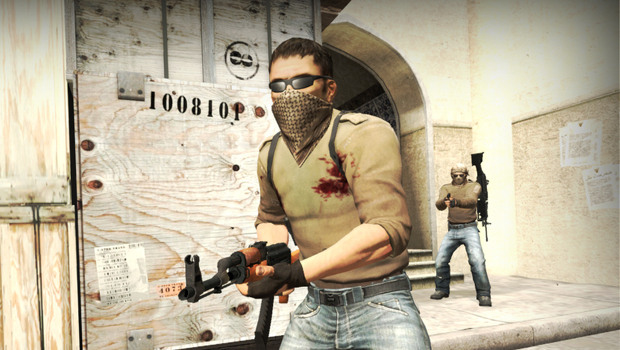 CSGO BOT Vladimir pulls off insane 1v4 to clutch around

Bots in CSGO don’t exactly have a good reputation when it comes to killing (or harming) opponents. It’s not rare for players to rush in and die just to be able to take control of the bot who has the AWP. But BOT Vladimir wants to change the stereotypes against his fellow bots as he pulls off an insane 1v4 in a clip which has surfaced on Reddit.

u/Lassebender was in a game when one guy from his team disconnected and was replaced by a bot. Usually, this would upset most of the players but BOT Vladimir wasn’t there to joke around.

The scoreline showed 14-14 when the bot was holding a position near the B site alone with an M4A4 and a lot of courage. A terrorist wanted to flank the CTs through their spawn but Vladimir gunned him down in an instant. Underestimating the solo bot, another terrorist pushed through with an intent to score an easy kill on the bot, but was shot down as well. The remaining two terrorists wanted to take revenge for their fallen teammates but BOT Vladimir seemed to be on fire as he killed both of them while taking only a hint of damage as he stood firm with 78 HP still remaining.

The entire Reddit community was not only amused but also shocked at what BOT Vladimir had done. The Reddit post quickly gained popularity and is currently standing at over 13k upvotes.

BOT Vladimir has sure sent us a message from the bot community – to not underestimate them. Can bots finally be getting better than humans at this game? We don’t have the answer just yet but BOT Vladimir here is certainly better than your average matchmaking teammate.