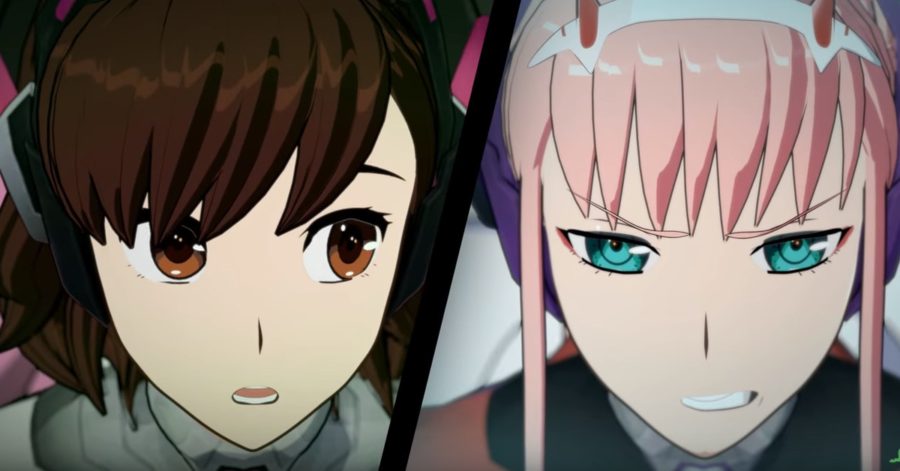 D.Va fan-cinematic brings Darling in the FRANXX to Overwatch

D.Va and anime series Darling in the FRANXX’s Zero Two team up to duke it out against some bad guys in this awesome animation made by YouTuber dillongoo.

The video starts off with how you’d expect. D.Va is getting suited-up, and another pilot tells her that she won’t be flying with her today. Instead, a new Japanese recruit will be taking the pilot’s spot. After a bit of fighting, the pilot is revealed to be Zero Two.

There are several call-outs to other beloved mecha anime as well within the video. D.Va and Zero Two’s mechs combine goofily, similar to how Simon and Kamina’s do in Tengan Toppa Gurren Lagann, complete with D.Va rocking some flashy sunglasses and standing in the signature pose. The new combined mech is a pink version Unit-01 from Evangelion. It’s a mech anime fan’s dream come true.

The short was made using a mix of Blender, Sony Vegas, Photoshop and Poser. It uses some of D.Va’s official voice lines from Charlet Chung, but the extra lines were voiced by RocketRabbit. Zero Two’s lines are various D.Va and Kantai Collection voice lines from Risa Taneda, but slowed down.

This animation has us itching for more crossovers with other anime characters. Can we see Hanzo and Genji duking it out with the Samurai Champloo gang next? Or maybe Hammond going on an adventure with Hamtaro?

This isn’t Dillongoo’s only Overwatch cinematic; he produced a similarly action-packed and tongue in cheek Hanzo fight scene, entitled Hanzo UNLEASHED. His YouTube channel is filled with tons of Overwatch content, including the cast of the game as cats.