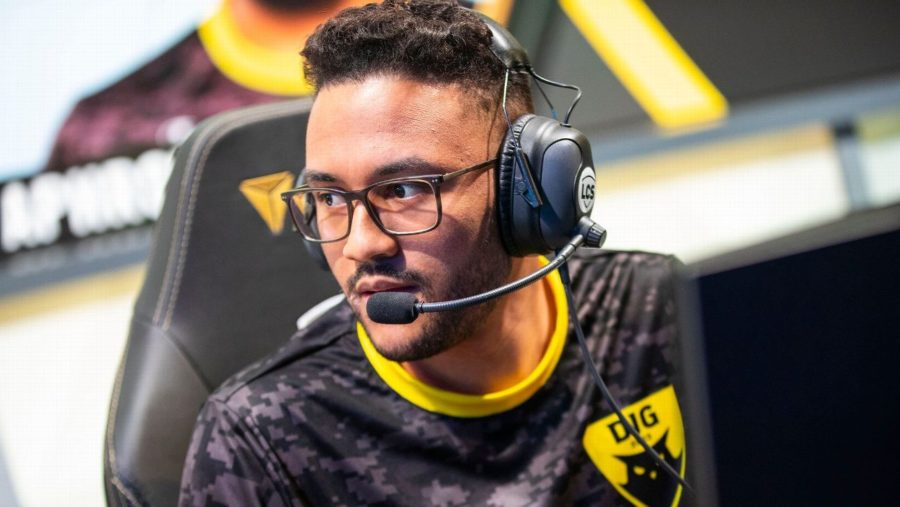 Dignitas took center stage this past League of Legends Championship Series offseason for some less-than-complimentary reasons, and the narratives surrounding their 2020 lineup were almost all disparaging.

The contract for top laner Heo “Huni” Seung-hoon was too high for what he would give the team in return, and drove up contract prices globally, especially in South Korea’s LCK. Their announcement for mid laner Henrik “Froggen” Hansen was laughed at when it mentioned his time in OGN’s prestigious champions’ tournament in 2012, with near-universal derision that Dignitas hadn’t continued with former mid laner (and current Dignitas Academy mid) Tanner “Damonte” Damonte in the starting spot. Jungler Jonathan “Grig” Armao had been part of the Team SoloMid 2019 jungle carousel and was prone to injury. Bot laner Johnson “Johnsun” Nguyen was an untested rookie and had done well in solo queue but struggled somewhat during his time on TSM Academy the previous year.

And finally, Dignitas was trying to make back the money they overspent on Huni by selling support Philippe “Vulcan” Laflamme to Cloud9. He was replaced by veteran support Zaqueri “aphromoo” Black, who bore the brunt of criticism aimed at 100 Thieves’ lack of LCS success.

“I know how good I am and I’m just thankful to Dig for bringing me on and allowing me to showcase that,” aphromoo said, smiling. “I’m also paired with excellent teammates on my team and I’m having a lot of fun playing with Johnsun. I want us to become one of the best bottom lanes in NA. He does as well. And we’re going places.”

Dignitas are 3-0, and Johnsun has been called the best bot laner to debut in North America since Yiliang “Doublelift” Peng. North American casters have praised Huni and Froggen for working together as two previously resource-heavy players. Johnsun and aphromoo are looking like one of the stronger bot lanes in all of LCS right now.

“We all come from different teams and have been a lot of places,” aphromoo said when listing this Dignitas team’s strengths. “I was surprised that everyone is willing to sacrifice and do it for the betterment of the team. Other than that, our aggression.”

Thus far, the opening of the 2020 season has not only served as a strong Dignitas homecoming, but another career revival for aphromoo. When the veteran support left his home of Counter Logic Gaming at the end of 2017, he joined 100 Thieves (then new to the LCS entirely) and won his first-ever LCS MVP award that spring while laning with Cody “Cody Sun” Sun; aphromoo’s time with 100 Thieves was filled with career achievements at the start and near-universal community ire by the end of his tenure due to a perceived lack of motivation.

Now on Dignitas, aphromoo’s latest charge is Johnsun, who has dazzled NA audiences not only with strong statistics, but an understanding of mid and late-game teamfighting that few rookies to the LCS innately understand. The latter quality was on full display in Dignitas’ unexpected victory over Team Liquid and NA’s undisputed best bot lane duo of Doublelift and support Jo “CoreJJ” Yong-in.

“He pushes me forward to play better,” Johnsun said after Dignitas’ 2-0 Week 1. “Because he expects and understands that I can play better. It just feels good to have someone who knows how to play the game on a very high level and can push me along that path.”

“[Johnsun’s] a super fun guy,” aphromoo said. “He has a big personality. He wants to fight, headshot other people, mainly AD carries. I enjoy playing with him. He’s a grinder too so there’s endless amounts of duo queue I can play with him if I want and he’s always trying to tell me certain mechanics, little intricacies with his champions and what we can do as a team. And I love that.”

It’s early in the season but Dignitas is, at the very least, one of the most interesting teams in the LCS to watch and much of that comes from the Johnsun/aphromoo duo lane and the team’s overall aggression. This Monday, they’ll face FlyQuest, who has looked like the most aggressive team in NA to date — even with Cloud9 as the region’s best-performing team — with the addition of a strong initiating support in Lee “IgNar” Dong-geun.

“IgNar is really good — his vision control, always being in the right spot, engaging, so that’s definitely a good pickup for them and it pushes their team forward,” aphromoo said. “I feel like all of the players on FlyQuest want to fight. I’ve got to focus on locking this guy down and controlling that, so that’s my goal versus FlyQuest.”