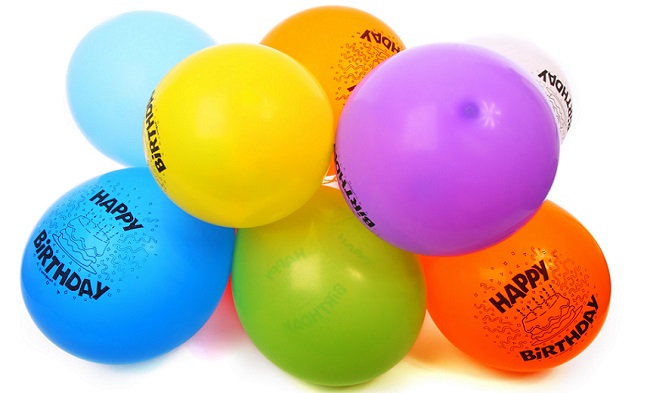 Celebrating the birthday of Dota 2 is surprisingly complicated, but only because it’s hard to settle on which date is the right one. When it comes to planning the birthday party? Gosugamers has you covered.

Whichever date you pick, the game is somewhere between five and seven years old, and the the birthday of Dota 2 should fall during this time of the year. If you choose to celebrate, and what fan of the game or of parties wouldn’t, here are some suggestions and ideas to make your party age-appropriate!

Every five-to-seven-year-old’s party has to have a theme. Without a central concept, there’s nothing to distinguish a party from an ill-conceived playdate. Obviously, this party should be Dota-themed.

And yes, it is a little unconventional to make the subject of the party the theme of the party at this age. But we’re planning a party for a video game, so I think we can be bold here.

With our theme in hand, we can plan the decor. Balloons are popular, and since our beloved game has a balloon-shaped hero (Io), it seems like a natural fit to hang light blue/silvery balloons everywhere.

But don’t stop there! A traditional “Happy Birthday” sign is good, but how about some Dota 2 posters. The China Dota 2 Supermajor produced some gorgeous comic-book-style art work, and I think they’re solid candidates for printing off and plastering all over the walls.

These will give any Dota 2 party a great pop of color! Courtesy of PGL.

Grab some red and green streamers to rope around fixtures, shelves, whatever you can. And then get some custom-printed Dota 2 logos to sprinkle over all your tabletops. You’ll be finding these everywhere in the weeks and months to come, but all of your guests are bound to comment on how great they are. That makes it completely worth the long term clean-up, right?

For many people, party food is a few bags of chips, cheese and crackers, and maybe some trays of fruits and vegetables. Other people, however, may be more ambitious. I suggest you feast your eyes on the work of Jas Hues at It’s All Geek to Me!

Why wasn’t I invited to this viewing party for The International 7? Photo courtesy of Jas Hues

These Dota-themed culinary delights are the perfect way to incorporate the game into your snack table. There’s sweet and savory options; there’s dishes inspired by scenes in the game, food puns and careful recreations of in-game items. Any of these would make your party especially memorable. Be sure to click through to the site for more Dota 2 food creations and other geek-inspired dining options.

Seriously, look at these!

From a viewing party for The International 6, these make my traditional snacks (popcorn and chips) seem pretty weak. Photo courtesy of Jas Hues.

If you haven’t clicked through to her site, you’re selling yourself short. Definitely check out the close-ups from last year’s viewing party (It’s All Geek to Me!).

If you’re not confident in your ability to recreate these enticing treats, go the pre-made route and get creative about presentation. Serve green punch and call it a Healing Salve! Serve melon balls and call them Orbs of Venom or Tangoes! Make sure you have mango and cheese on trays. Do shish kabobs and call them wards! Make a sign to label your snack table the Secret Shop and put out bowls full of plastic gold coins to suggest guests are buying the food.

A ten-computer setup seems most obvious, but then your birthday party turns into a LAN party. Okay, that might be preferable. But in the event that it’s not, some games to consider:

Dota 2 gifts ideas could easily relate to the game directly as in Battle Pass levels, hero cosmetics or merchandise. There’s sure to be a few must-haves in this TI’s Secret Shop!

However, don’t feel obligated to go with the obvious. Allow yourself some space to get creative with gift ideas as well. Perhaps a set of bow and (soft, foam) arrows for a Windranger fan or a foam axe for an Axe fan. Consider a gift-of-the-month cheese subscription (for the discerning youngster), a nice pair of boots, or books. Stuffed animals can be found at gift stores everywhere; there’s plenty of animals in the game so you’re bound to find something that’ll work!

No birthday party is complete without a cake. I have just the one for you, a delicious cheesecake decorated to be the Dota 2 logo. This comes courtesy of @Scarlettdeath23.

If you aren’t much of a baker, you could also have a cake shop put together something for you. You could go for an unusual shape, maybe choosing one of the many items in the game to replicate in cake form. Consider having the landscape made, with trees, the river, secret shop and so on.

In a pinch, have a photo cake made with the image of your favorite hero or team’s logo. It’ll be visually appealing without adding layers of sugary decorations to a perfectly delicious cake.

The Right Way to Celebrate

Ultimately, the key to a successful Dota 2 party is in the details. Definitely fret over every single one, figuring out how to maximize the Dota 2 theme through every element of….

Okay, don’t sweat the details. A party is meant to be fun for everyone, including the host. Get as creative as you want, but don’t expect or demand everything to be perfect.

And if throwing a party to celebrate Dota’s birthday seems a little over-the-top (have you seen what birthday parties for that five-to-seven age group can look like these days?), join me in a less intense celebration. Raise your glass to toast Dota 2, and then queue up with a party of friends for your next match.