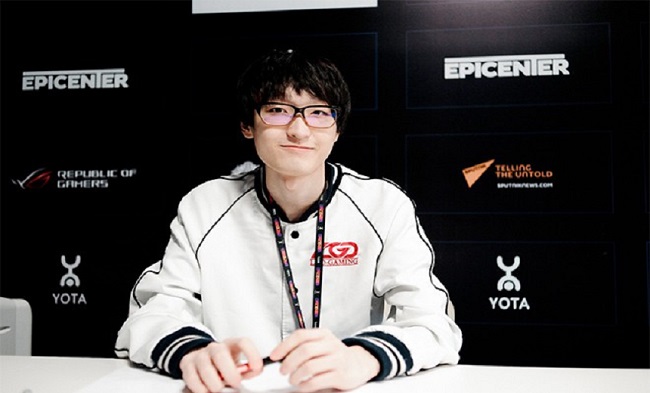 Dota 2 Features: Player contracts; LFY vs Monet not a rarity

Teams, players and organizations traditionally go hand in hand and are entwined in a symbiotic relationship in order to ensure success.

These entities are typically engaged in mutualism, a relationship between individuals where both benefit. Working together they should strive towards overall development and growth. Binding their professionalism is a contract that is assumed to represent the interest of both parties and be clear in nature and agreed upon prior to and by signing.

As perfect as that would be and seem, not all relationships are healthy or equally beneficial. Relationships need to be cut short sometimes and when it comes to various reasons for organizations and teams or players to break a contract, things can quickly turn sour.

The most recent contract dispute is taking place between LFY and Du “Monet” Peng. The carry player posted a long message on his weibo account where he makes several claims against LGD, specifically in regards to his transfer request to EHOME and then RNG.

According to Monet, he had wanted to transfer to EHOME but communication went dead and in the radio silence, Monet had thought the request was not being addressed. Although the negotiations were in fact allegedly taking place, Monet was then contacted by RNG’s owner about a transfer and started to engage in a discussion with them instead.

Both sides started posting screenshots and writing lengthy defenses over the last week. Monet has now requested to have his contract with LGD terminated, citing a clause in the contract that would allow him to do so. It has been reported that LGD has since denied his latest request and Monet is now threatening legal action.

As Nahaz has so infamously stated in the past:

This is far from over, but with only three days left in the roster lock period, much is at stake to get this resolved before Monet ends up without a team or possibly even playing for the first part of this season.

Sometimes there are amicable ways to negotiate transfers, changes or departures even while under contract. Both parties ‘agree’ on some level to a compromise or an alternate plan.

Just last February, Virtus.pro and Na’Vi engaged in a roster swap as part of the negotiations to transfer Vladimir ‘RodjER‘ Nikogosyan to VP while he was still under contract with Na’Vi. It was no secret that the offer for Ilya ‘Lil’ Ilyuk to join Na’Vi as part of the trade was not exactly what the Ukrainian player wanted, it was in his best interest, all things considered, at the time and he went along with the program.

EHOME has also been loaning out Ren ‘eLeVeN‘ Yangwei for over a year now. First, he had gone to LGD Gaming, then to ViCi Gaming and now to Keen Gaming while he is still under his active contract.

While the results might not be the most ideal for one of the parties involved, it works in a way that both are satisfied enough to maintain a public decorum worth noting.

Sometimes, things can get a bit more contentious, resulting in a firmer approach in order to reach a reasonable resolution.

In 2016 Mineski had threatened to pursue legal action against former players for breach of contract. The organization has revealed that this is a step towards the pursuit of higher professionalism and accountability. The actions were to specifically focus on players that had left the team while still under active contract.

The management have decided to break our silence. We’ve thought that this is the best time to put a stop on these acts. The door is already open for the Filipino talents to step into the world stage. If we want to pursue the goal to have a world championship under our country’s flag, may it be us or other teams, we need to straighten up our acts and be true professionals.”

However, RJ, head of the Mineski Pro-Gaming Management, stated in an interview:  “We just ask that they serve out the rest of their contract and honor their remaining responsibilities. We have no hard feelings with our other ex-players.”

At other times, the tension and disagreements can get downright nasty and cause a serious amount of harm or fracture reputations, careers and credibility.

After The International 1 when Na’Vi won first place, Ivan ‘ArtStyle’ Antonov refused to give the organization the percentage from his prize money. Na’Vi allegedly said that they wouldn’t take any prize money from TI1, as Valve paid for all of the expenses for the team and there were no expenses for the organization. After Na’Vi won, the players were asked for 10% each and Artstyle was the only one who refused to give the prize money, resulting in him being boycotted from several teams including M5 and Na’Vi at the time.

In an interview from February 2012 with V1lat, Artstyle said

Also I want to tell about another important thing which is giving 10% from The International prize money to Na’Vi organization (20 000$ from each player). Everybody agreed to give their money except me. I was leaving Na’Vi with “Scandal” and decided to keep all my money. I sincerely apologize to McDee because the situation was very awful and unprofessional. Zerogravity told Mcdee to take his money (20 000$) for working as our manager from me. But I wasn’t giving any money and Zero knew it. As a result, McDees salary was gone – he received nothing! ”

Just last year in the Spring of 2017, Wings Gaming was front and center of their own contract problems, this time including ACE, the Chinese group theoretically set up to support players in the region. ACE is involved in player transfers and contract disputes.

For those that were not following at the time or don’t remember, the five Wings players decided to leave the organization just before the Kiev Major, citing a lack of communication with their owner, unpaid salaries for over three months and a 30% cut taken from their TI6 winnings. ACE then reportedly issued a lifetime ban against all players (and teams that pick them up) from non Valve events in the region due to their ‘breach of contract’.

While the ex-Wings players were facing career damaging punishments, the Wings organization gets a slap on the wrist and a seat back at the table as long as it continues to play along.

The problems of corruption, distrust, and exploitation are not beyond repairable. Although there is no sure thing and guarantee ever, there are certainly contingency plans and steps such as transparency, clear guidelines and accountability to be taken to minimize the frequency and impact. Legal counsel and agents are all resources available to teams as a starting ground to negotiate between the teams and the organizations. Several lawyers specialize in esports specifically and have suitable backgrounds and knowledge to help support teams, players and organizations.

Last July Gosugamers had sat down and talked with attorney Ryan Morrison who has a free-to-use, crash course in contracts on Morrison/Lee’s website, “Free Advice for Free Agency in Esports,” which details the basics around a contract and what prospective contracted players should do before they sign on the dotted line. The discussion revolved around free agency, contract signing and tips to get the best out of your prospective organization before signing the dotted line. Although the content was geared towards Overwatch, the importance of the topic extends much further than there.

The first step to protect yourself is to actually READ your contract.

Morrison recommends, getting a lawyer to read it as well – before you sign anything. This is to protect you long-term; you don’t want to suddenly find yourself in contract jail/hell etc. because you didn’t take the time to read it beforehand. A sentiment supported by another Esports attorney, Ryan C. Fairchild.

In regards to how disputes are handled, Fairchild has stated in the past that “The industry still needs a lot of growth in how these sorts of situations are handled, but the start is players understanding and negotiating their contracts.”