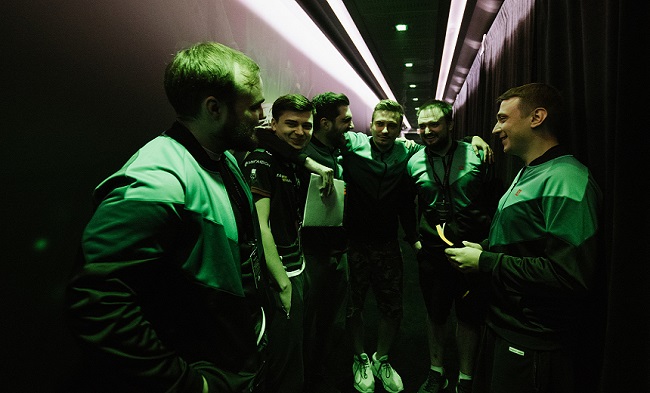 Dota 2 News: 6 teams that made no roster changes

The DPC 2018-2019 season team registration is now officially locked. Several teams have confirmed on the official site no roster changes for the new season.

For one reason or another many teams disband heading into the new seasons during the Post TI shuffle. Change seems inevitable for most of the squads and the shuffle season is chaotic. Sometimes, teams shock the world with roster changes even after some major success such as when the TI5 championship team Evil Geniuses dropped Kurtis “Aui” Ling after they took home the Aegis.

Other teams make a decision to stick it out, through thick and thin, despite results or other offers. For two years in a row, Virtus.pro had made the announcement prior to The International that the team had extended their contracts with the organization —putting the results at the biggest event of the year secondary to their potential and camaraderie.

These teams have officially confirmed on the Major/Minor team registration website that they planned to keep their trust in the current roster and head into the new season with their tried and true lineup.

Evil Geniuses had mere weeks to pull themselves together if they wanted to claim a spot at TI8 and it looks like the NA giants were able to do just that. Their performance was spectacular, but many were still skeptical of what would translate to the big stage. Their run at BTS Summit 9 was equally impressive as they clinched the championship title just prior to TI8 and followed it up with a stunning third-place finish at The International.

Despite having secured their position, the team refused to back down. Instead, they charged forward even harder finishing the season with a total of 12,372 qualifying points. That is almost 3000 points more than Team Liquid who was next in line.

Once again, the team struggled on the main stage of The International and took a disappointing 5-6th place finish. Sticking things out for another season, the roster will no doubt be examining their strengths and weaknesses to try to lay claim to the Aegis at TI9.

Since taking the Aegis at The International 7, Team Liquid was one of the rare squads that won the title and crushed the curse of falling apart in the following season. The continued to be on top, dominating the DPC early in the season with the first event—Starladder i-League Invitational Season 3 and ending on an even higher note for the last event — the China Dota 2 Supermajor.

Their run at TI7 was worthy enough for many to think they were going to become the first team to claim two titles, and back-to-back no less. In the end, the Europeans ended up with a commendable fourth place finish instead but their bond and history was enough to keep them at each other’s sides for another season.

The first half of the DPC 2017-2018 was rough for PSG.LGD but with the start of the new year, they brought on board Yang “Challice” Shenyi and Yap ” xNova” Jian Wei. Adjusting the roles, playstyle and strategies, PSG.LGD had all but stunned the community with their impressive 180 degrees turn around. They began to take qualifier after qualifier and ultimately achievements at every event starting almost immediately. They secured enough points to slide into fourth place in the DPC rankings to recieve a direct invite to TI8 and then had a smashing journey through the event, ultimately ending in second place – only after one of the most spectacular five-game grand finals.

Team Serenity’s success in qualifiers came as a surprise for many of the fans across the world. Their lack of any notable achievements or even attention let them slip through the radar undetected and had many claiming they would be the next Wings Gaming.  Their playstyle was their own, as well as their Meta, and the team impressed the community in no time.

They took a 9-12th place finish but for the first time as a team on the big stage, it was a commendable effort and result.

Winstrike presented themselves later in the DPC season with their first appearance being at Starladder ImbaTV Invitational Season 5, and then a stellar performance at EPICENTER XL where they nearly eliminated Team Liquid and finished in third place. Team Winstrike advanced through qualifiers relatively easily but struggled in the group stage, almost getting eliminated before the big event. Pulling themselves back together, the team ended up with a decent 9-12th place result after eliminating Newbee in the brutal best-of-one elimination series.

Pandora is a behind the scenes Dota 2 professional Jack of All Trades. When not busy with Dota 2 work, she is out trying to save the world or baking cupcakes. Follow her on Twitter @pandoradota2