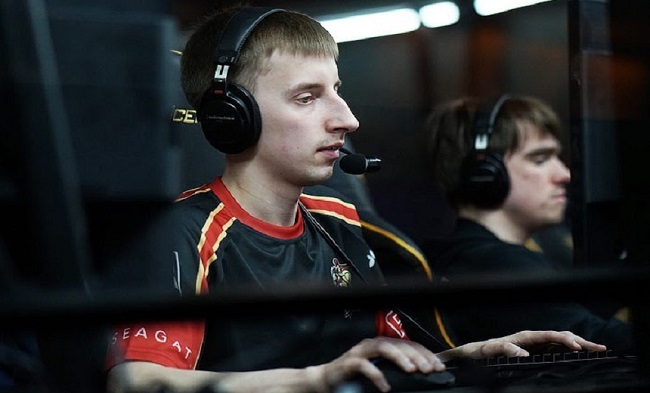 During the downtime between the end of the DPC 2017-2018 season and The International 8, Andrey ‘Ghostik’ Kadyk has parted ways with Team Empire after nearly two years.

In a region with high level of instability and revolving door of rosters, Andrey ‘Ghostik‘ Kadyk had been a mainstay with the Russian organization for nearly two years – joining up with the squad in September 2016. In that time Team Empire had many ups and downs in their results and performances. Most notably, he was part of the squad that took 7-8th place at The International 2017, 5th place at DAC 2017 and first place at ROG Masters 2017.

His departure from the team seems to be on amicable terms and ahead of the expected upcoming roster shuffles.

I would like to say thanks to Team Empire for all that time we spent together. Although not everything went just as planned, I still consider it as a valuable experience. Now it is time to move on and I am optimistic about the future

Although not stated specifically by Ghostik, it seems that he may already have made his plans with a future team according to Team Empire esports director, Alexander “StrangeR” Solomonov.

I want to say huge thanks to Andrey for all the contribution he made to the development of our Dota 2 team in the last few years. Although he was not a formal captain of our squad, Ghostik played huge role as an in-game leader. Andrey has chosen new path in his career and I wish him all the best. He will talk about his new team when time comes.

The Russian organization will be trying out new players over the course of the next few weeks, ahead of the upcoming Pro Circuit 2018-2019 season. Most recently Team Empire participated in the BTS Summer Cup with a variety of regional players rotating through the roster.