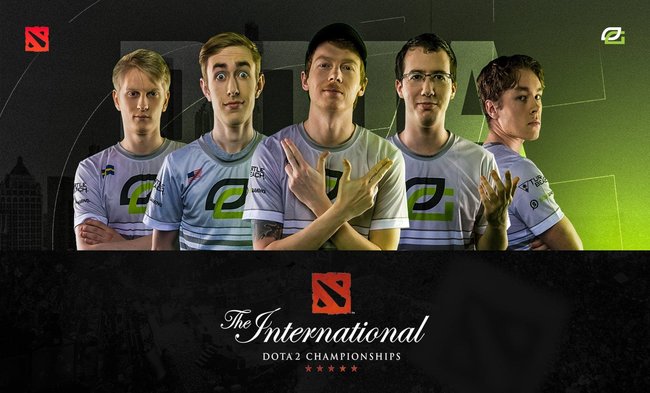 After a small hiccup against Immortals, OpTic Gaming clinch the last slot at the International 2018.

The qualifiers for TI8 thus far have been riddled with their fair share of controversy. From the fiasco in South America, to bugs in China, North America was no exception, and patch issues caused some headaches for a few teams at the start of the Open Qualifiers. Despite it all, OpTic Gaming remained steadfast throughout, and landed their ticket to TI8.

Climb that green wall and wave your flags because OpTic Gaming are going to The International. Congratulations!! #TI8 pic.twitter.com/aydTLtAQra

Under the leadership of the former EG captain, Peter ‘PPD‘ Dager, the squad proved themselves a formidable force during the 2017 Dota2 Pro Circuit. The team picked up a number of solid finishes, despite a number of unfortunate circumstances such as Galaxy Battles II and their loss of a Pro Circuit Status and hiccups during ESL One Katowice 2018. Despite the speed bumps, the team secured second place at the ROG Masters 2017, a top eight finish at the Bucharest Major, along with hard fought second place against Virtus.Pro at the most recent ESL One Birmingham 2018 to name a few.

Unfortunately, OpTic Gaming just missed the chance to grab a direct invite to the International 2018 after failing to secure a top four finish at the China Supermajor. Despite the stinging loss, the team was still invited to the main North American regional qualifiers, luckily forgoing the grind through the open qualifiers.

In the Main Qualifiers, OpTic found some great footing, and remained at the top of the pack alongside VGJ.Storm and complexity Gaming. At the end of the round robin, the teams had only dropped one game against each other. VG.J Storm would clinch the tiebreaker and secure their slot to TI8, while coL and OpTic slugged it out in the playoffs.

After a hard fought 2-1 series against Immortals in the first round of the playoffs, OpTic looked to be in dire straits, as they were relegated to the lower bracket. CoL, likewise fell to Evil Geniuses—the boys in blue would end up securing their slot at TI8. Yet, seemingly undeterred by the loss, but no doubt in the hot seat, the guys in green steeled their resolve and tore through coL 2-0, moving on to face Immortals for a rematch. Hardened by the loss and no doubt riding the momentum gained from their win over coL, OpTic Gaming trounced Immortals in game, skittering their way to victory on the back of Neta ‘33‘ Shapira’s Broodmother. Game two was a similar story, and OpTic played a solid game to secure their invite to TI8.

A @33Dota Brood runs over @Immortals , putting @OpTicGaming one game away from securing their spot at #TI8 !

Narrowly avoiding disaster, OpTic Gaming round out the last of the teams at the International 2018, joining North American counterparts Evil Geniuses and VGJ.Storm.