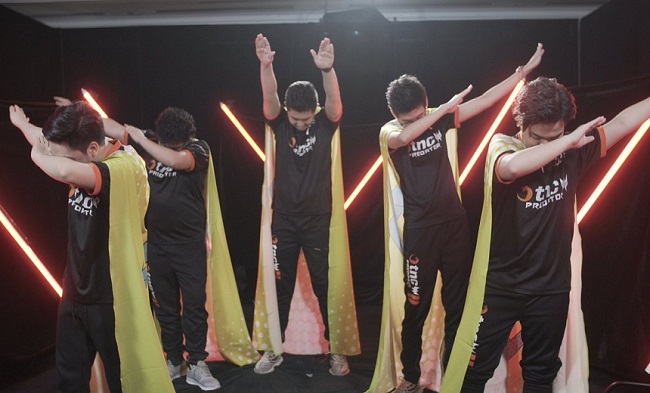 Dota 2 News: TNC Predator survived and earned their spot in The International 8

On the heels of disappointing losses by TNC Predator halfway through the Dota 2 Season, they found themselves in a precarious position after showing mediocre performance on their Qualifiers and LANs. A roster shuffle was inevitable and the team parted ways with their former Captain Theeban “1437” Siva.

They had gone with an all Filipino roster with Armel Paul “Armel” Tabios filling the void left by 1437 who became the Position 2 for the team. Meanwhile, Carlo “Kuku” Palad reverted back to his old support role and captained the all Pinoy squad. It was a long journey for TNC Predator as they competed for the DPC points and one game was all that it took for them to qualify in the International.

Everything was on the line as both TNC teams were on the brink of elimination to secure their spot to TI8. TNC Predator slightly lost their footing as they had to claw their way back with everything they had and was able to stall out the game with a comeback to clinch their spot in the International. One Roshan play, one barracks were all that TNC Predator need to punch their tickets to TI8. TNC Tigers had 20k net worth and two barracks lead against TNC Predator. TNC Tiger’s victory was within their grasp were it not for Timothy “Tims” Randrup Naga Siren TI-saving play that turned the game around to stage their formidable comeback.

After the huge, if not the game-winning play, TNC Predator smelled blood and capitalized on the mistake and inexperience as a team of TNC Tigers. TNC Predator closed the gap to even out the game and seize the lead, and they never looked back as they swung the TI8 spot into their favor.

TNC Predator continued to show flashes of brilliance and enormous amounts of potential as they head into TI8. They have already proven how they would ultimately fair with the biggest teams in the world especially during the DAC.

The last game of TNC Predator should remind their foes of the squad’s resilience that when their backs are already against the wall, they can certainly prove their mettle to compete for the Aegis.

TNC Predator has learned their lessons from picking the right drafts, managing Rosh fights, closing out games and now being able to stage a comeback. They should pick up the pace where they left off during their TI6 run to possibly have an Aegis steal – the TI8 trophy, as they will fight their way through to the International.