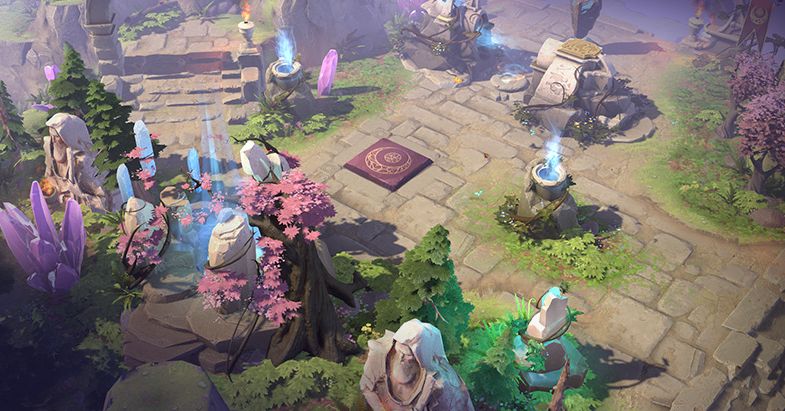 The International 8’s Battle Pass continues to be up-to-date, but another group of subscribers has expressed their discontent with their paid content. Those with access to subscription feature Dota Plus were promised features at least matching old Battle Pass standards, but recent issues and lack of communication with Dota Plus features prompted a wave of complaints on Reddit.

The Plus Assistant, a machine-learning hero guide for players, was one of the prime lures and points of conversation within the community. However, the guides often don’t load at all for many players, with various complaints going back soon after its launch.

Most commonly, the issue is that the Assistant will be stuck on a “refresh” loop and never load the actual items themselves.

“If a custom item is implemented into a game mode and purchased by a player that owns an active Dota+ subscription,” they explained, “that player (or players) will cause the server to freeze and crash as Dota+ attempts to retrieve item data from an item that does not exist in Valve’s database, resulting in players being booted to the main menu. No re-connection is possible (the lobby/session of that custom game ceases to exist).” The subscription feature also breaks custom heroes’ guides in applicable games.

A non-buyer, MantaGaming, even pointed out that the Plus ad was actually breaking his game by blocking pre-spawn item purchases: Commenters and prior posters pointed out that this happens sporadically, with 3:4 screen resolution being a common factor.

But the most prominent of the promises of Plus was a “seasonal terrain,” a common release with former battle passes.

“Dota Plus members will have access to the Seasonal Terrain active during each season,” Valve stated on the Plus information page. However, while it’s already nearly mid-July, Plus players are left with only the spring terrain. Players who bought in after July 1, meanwhile, can’t get this terrain and are stuck on a Welcome Quest requiring its use.

Given Valve’s infamously small team size, the lack of terrain can be pinned on Valve’s focus on the Battle Pass, but previous Battle Passes included custom terrains in a timely fashion regardless. With Plus meant to replace the traditional Battle Pass system, fans paying for Plus for the change in pace are left behind, especially relative to Battle Pass buyers who can claim a themed terrain at level 160.

Aside from these features, Dota Plus also offers hero achievement quest, in- and post-game analytics and weekly Battle Cup access. The Dota Plus program is priced at $3.99 per month, $22.99 for six months or $41.99 for twelve. The core features of Dota 2, including user-made guides, remain free.