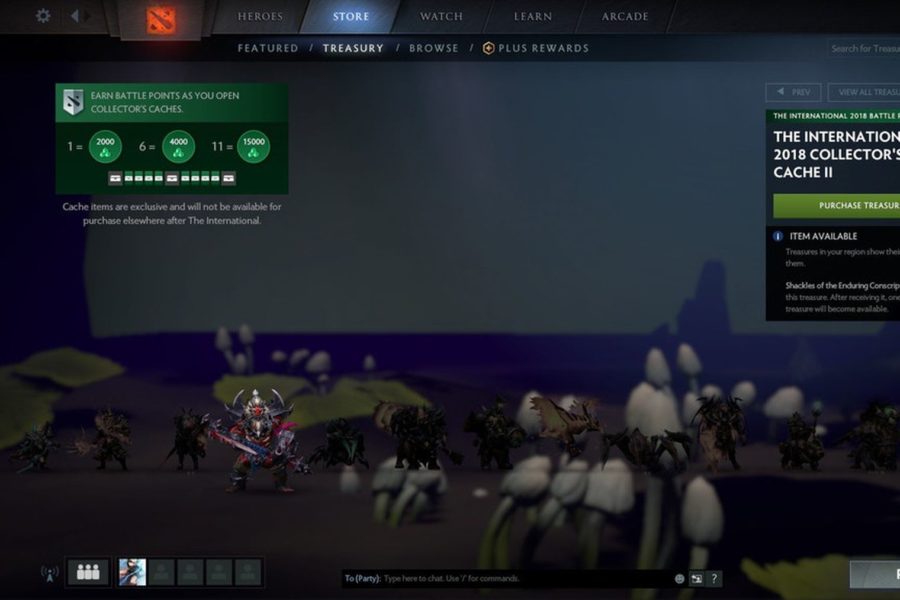 This seems to be the latest fix after recent steps taken to comply the Dutch Gambling Authority’s stance on “loot boxes.”

If you’re a Dutch Dota 2 player, you’ll have a little more foresight about what sort of loot you’re getting — with some catches. In a recent update, Valve enabled Dutch players to see what type of loot they’ll get out of a box before they buy it.

A screenshot by Reddit user /u/Larhf shows one item highlighted, despite not opening it. A small informational label on the side states, “Treasures in your region show their contents before opening them.” According to comments on Reddit, the item won’t stay the same if traded to another player, or if the game is reset. Instead, the item is tied to an account, and will remain consistent until you open it. In order to comply with older requests, these items still can’t be traded out. Players also need to buy and open one at a time.

The fix comes just in time for players who wanted to cash in on the yearly Battle Pass’s annual limited-run cosmetics.

This new system appears to be a workaround regarding recent enforcement of anti-gambling laws in the Netherlands, which directly affected Valve several months ago.

Valve originally halted trading of such items altogether in order to comply with direct orders from the Dutch Kansspelautoriteit, or the Gambling Authority, according to a letter from Valve upon action. The request required that in-game loot items be non-transferable, as transferable loot items violated the Dutch Betting and Gambling Act. Days later, trading was re-enabled, but Valve had disabled loot boxes in Dutch countries to continue compliance.

There’s no sign this has been enabled for fellow Valve games Counter-Strike: Global Offensive nor Team Fortress 2 yet. The latter game had its version of loot crates shut down less than two weeks ago.

The Flying Courier has reached out to Valve for comment.