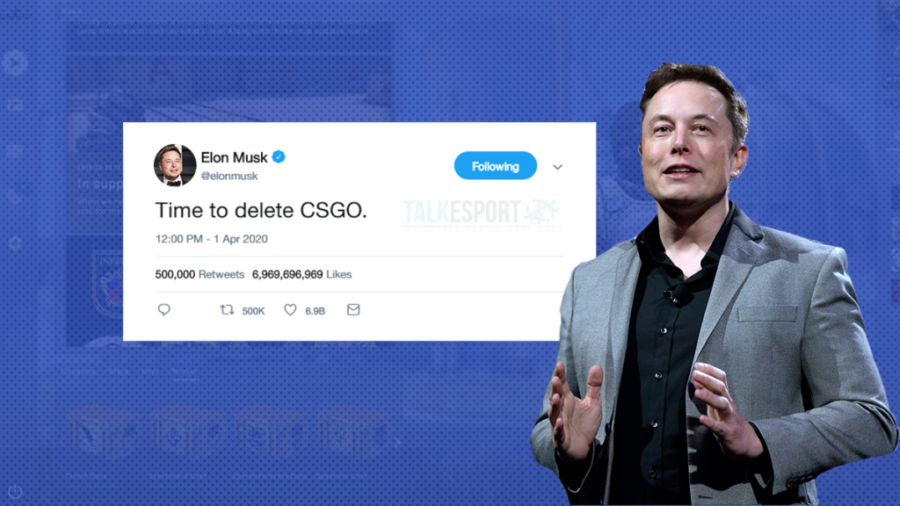 Elon Musk is engaged in a bizarre fight with the CS:GO community after he deleted CS:GO and called its entire community “Toxic raging behemoths”.

Tesla’s Elon Musk the hulking leader in the Automobile industry has reportedly acquired Valve’s Steam which saw him pay a mammoth buy out price of 69$M to Gabe Newell to complete the highly anticipated acquisition. Valve’s Steam has been the leading digital distribution service of video games across the globe which has been up and running since 2003.

With Elon taking over steam, you must not lay back as there’s yet another surprise that might leave you perplexing. Mr. Musk did install Valve’s famous FPS title Counter-Strike: Global Offensive in a bid to be a part of the game where he seemed to have pumped himself up to slay enemies on the game servers after watching several streamers playing the same on Twitch and YouTube.

But as usual, things did go pretty bad for him when he connected to a Competitive Matchmaking server on the map Mirage, missing all of his shots including 2 team kills and was flamed to the epitome. With his morale already been destroyed and brought down to the ground, he straightaway aborted all the operations of CS:GO, fired it’s developers and made it look like there was no such game. Post this event, where he seemed to have satisfied his self Ego, he did tweet about his actions thus proving himself a complete narcissist.

Though the tweet was taken down a couple of minutes after he had posted, we did see his state, “CS:GO is full of Toxic Raging Behemoths, it really does trigger the humanity’s existence. The Esports scene needed correction and I did succeed in doing it. Oh well, I am feeling bad for your inventories. But thank me later?”

Although it did trigger the CS:GO player base to attack his twitter with a plethora of Humorous slangs to which Mr. Musk replied, “Here they are, the behemoths!” At this moment he seems to be unstoppable with the future of several Counter-Strike teams on stake.