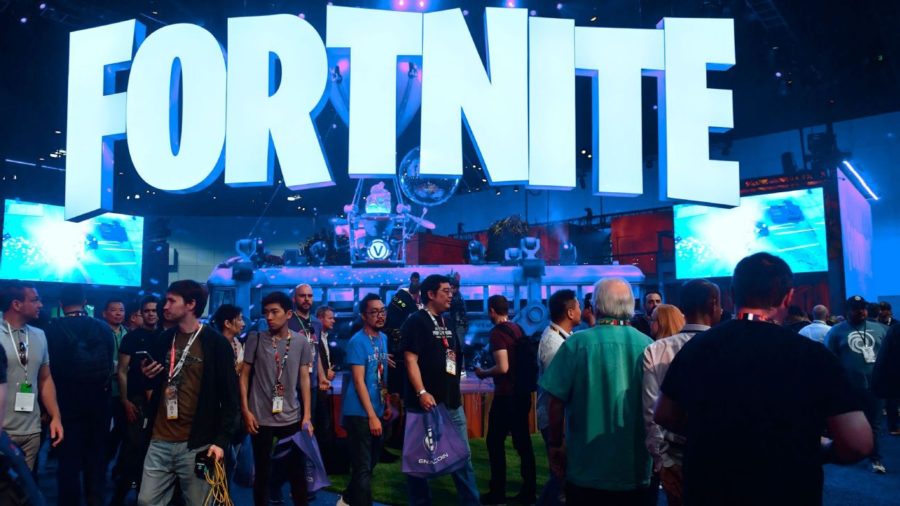 SEATTLE — At the Summer Skirmish Grand Finals at PAX West, even the winner couldn’t comprehend what had just happened.

In the finale of Epic Game’s summer-long Summer Skirmish series, pitting the best Fortnite players in the world against each other, the ultimate winner, Austin “Morgausse” Etue, stood in shock following the seventh and final match of the day, his monitor displaying “$225,000” to confirm he had become the champion. (He won $250,000 in total, with a $25,000 bonus for grabbing a “Victory Royale” in one of the games.)

Team Liquid, FaZe, EUnited, Ghost and other top esports organizations brought crews to Seattle in hopes of winning the prize, but in the end, a complete unknown with only 404 Twitter followers heading into the final (after his victory, he was at 29,000 and climbing) took home the first major championship in competitive Fortnite history.

“I came into this weekend thinking I’d play in all three qualifiers and not even make it to finals,” Morgausse admitted in the postmatch interview. “I was in line and had no PAX badge, and I had to go get one and come back. It’s just a whole thing …”

In the end, the first major champion of Fortnite is what Epic Games wanted from the beginning: An unknown, someone who entered the $1.5 million tournament on a whim, coming out of nowhere to take home the grand prize. No team. No sponsor. Morgausse, laughing and smiling, running away from his monitor when he finally realized he had defeated some of the top names in the world to take home the championship, was the lasting image the company wanted for its competitive scene that is trying to fight back against normative esports.

It was a summer of experimentation for Epic Games and Fortnite. Throughout the Summer Skirmish, it was a live beta test for what the company and fans wanted for the future of the game as a competitive title. Each week the company would test out different formats, scenarios and groupings to see what worked best. Should kills matter more, or being the last person standing? Do solos work better, or would playing in duos create more excitement? Maybe even squads? How can we make the game a better spectator experience for our fans? What can we do to optimize the fun while still keeping a competitive balance?

By the end, the Summer Skirmish Grand Finals was the polished product the company had been working on throughout the long summer, beginning at the Fortnite Pro-Am in Los Angeles all the way back in June. While not every weekend event Epic Games put on was solid or even watchable — the first Summer Skirmish was bogged down by server issues and players not being aggressive — the end product, watched live by over 500,000 on Twitch, was a strong closing statement as the company now switches its sights to the Fortnite World Cup qualifiers at the end of the year.

Live, there could have not been a bigger dichotomy between the event on paper and the event in practice. On paper, this should have been one of the biggest tournaments of the year. This was, for all intents and purposes, Fortnite’s first world championship. A $1.5 million prize pool. Three days of qualifiers. Ninety-nine of the best players in the world. All being played out in Seattle, one of the best cities in North America for esports, one which has played host consistently to Dota 2’s world championship, The International. You expect an arena filled with thousands of fans. Tickets going for over $100 for families to take their kids to see the top players in the world and experience the live experience of Fortnite with cosplayers, exclusive merchandise and game-inspired treats.

The event was free. The food was free. The venue? A parking lot behind the PAX West convention hall. The chairs? There weren’t any. The only seats were bean-bag chairs thrown haphazardly on the artificial grass. If you got to the event early, congratulations, you have a seat for the final. If you showed up too late? Have fun standing for five-plus hours or sitting uncomfortably on the side next to the popsicle stand hoping a staff member doesn’t chastise you for blocking the way.

A massive congrats to @Morgausse_ who took home first place in Week 8 of #SummerSkirmish. Thank you for joining us at the Fortnite Fan Theater for a spectacular #FortnitePAXWest and congrats to all of those who participated this weekend and see you next time! pic.twitter.com/JpPX3sszxi

The only thing that wasn’t free at the event was the merchandise. Everything else could be enjoyed without paying a penny. If Epic Games had wanted to go full esports like Riot Games, Valve or Blizzard, it could have done so. Fortnite is a North American phenomenon. The number of families with kids at the event was more than I’ve ever seen at an esports event. Families, teenagers and even young adults would have paid money to sit in a large venue to watch the final, pay money for the game-inspired food, and pay even more money for foam pickaxes and masks.

Epic Games doesn’t want to be a traditional esport, though. Outside of the large prize pool, it’s actively fighting against the esports tag. Instead, it wants to be known as the “competitive side” of Fortnite. It doesn’t want the competitive side of the game to be bogged down by franchises and sponsorships. It wants the scene to be for everyone. It wants the 16-year-old kid whose parents flew him out to an event to have the chance to enter a qualifier in hopes of being the next Morgausse.

Nothing proved this fact more than the top channel showing the Summer Skirmish Grand Finals … wasn’t the official Fortnite channel. It was actually the channel of the game’s most popular player and streamer, Tyler “Ninja” Blevins, who was restreaming the event on his own, adding his commentary over the action in Seattle. In no other esport would this be allowed for an event of this magnitude. If a top League of Legends player attempted to restream the upcoming NA LCS summer split final at the Oracle Arena in Oakland, California, and add his commentary atop it, that player’s channel would get taken down in minutes and they’d probably get fined by Riot Games for even trying a stunt like that.

“We love this!! Well done @Ninja and thanks for your support!!” tweeted Mark Rein, vice president and co-founder of Epic Games in response to Ninja restreaming his game’s grand final.

This doesn’t feel like temporary stunt to rope in fans before radically changing their view. This is what Epic Games wants its competitive scene to be. Free of franchises. Free of total control. It wants people to share and love its game, and although there are still some things it needs to fix — on the final day of qualifying, the fourth tiebreaker to see who would move on into the grand final was determined by a coin flip, denying the loser $5,000 — leaving the venue, it was one of the happiest scenes I’ve ever seen in my years of covering competitive games. Fathers were laughing with their sons, getting pictures with cosplayers. Parents were cheering on kids who made it into the final through the open qualifier, only needing a PAX West badge to enter.

Epic Games wanted people to leave with a smile on their face, and they did.

At the beginning of the summer, I pondered how long Fortnite’s competitive scene could go if it didn’t have Ninja or a player like Ali “Myth” Kabbani in the final. The summer now nearing its end, Epic Games has shown it will never be without Ninja, Myth or other top personalities. Those players, those streamers, can host their own commentary streams of the events. They can promote and build the stars of the future.

Morgausse, an unknown today, will be seen as a hero tomorrow, playing alongside those streamers, firmly in the spotlight.

Next week, it could be you.

This is the dream Epic Games wants to sell to its fans, and so far, so good.