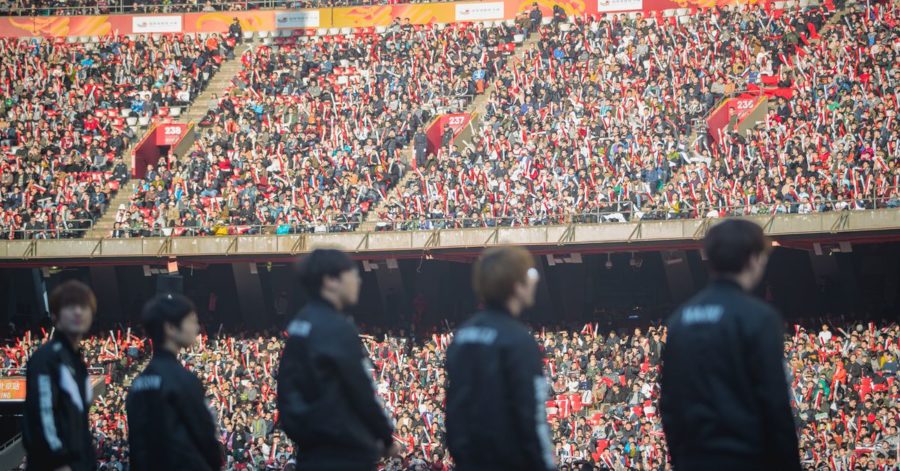 After taking some heat earlier this year about their announcement schedule, Riot Games is getting ahead of the curve by announcing the Worlds host countries for the next three years. This announcement came with the stated goal of helping fans, and everyone else involved in League of Legends esports, better plan for the end of the year tournament.

The 2019 World Championships will be hosted in Europe, marking the third time the even has been hosted in Europe and the last since 2015. The tournament four years ago ended in Berlin, but next year’s Finals will take place at AccorsHotel Arena in Paris, France. Meanwhile the other stages of the tournament will be hosted in other cities, much like in previous World Championships, which will be announced later.

Worlds 2020 will be headed back to China, which also hosted in 2017. This will be the 10th ever League of Legends World Championship, so it’s headed back to one of the game’s biggest fan bases. There’s no word yet of where the Finals will be hosted, but in 2017 the event was held at the sold out Beijing National Stadium.

The 2021 World Championships will be headed back to North America for the first time since 2016. This is the event Riot has the least info on, which makes since because it’s still three years away.

While these may be the host countries for the World Championships tournaments, other League tournaments — like, All-Stars, the Mid-Season Invitational and Rift Rivals — will be held in different locations which will be announced closer to the events themselves.