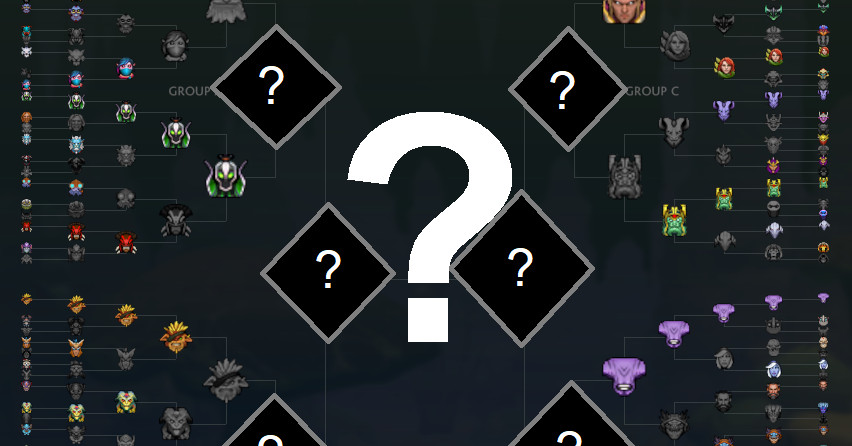 Fans can now vote for the Dota 2 2018 Arcana finalists

This year, Valve has given Battle Pass owners another opportunity to decide who’s getting some special cosmetic treatment in the form of a new Arcana. This type of cosmetic typically includes not just a cosmetic model, but new animations, a voice package and more, making it a must-have for those who main the character and those who collect cosmetics.

Now, the bracket is down to the final two months later, and we have a final match of Faceless Void versus Rubick:

It was a hard bracket for everyone, but especially these two, who faced tough campaigns against player favorites. Rubick, for instance, had to beat out Omniknight and Sniper, where Void faced Anti-Mage, Drow and, in the prior semifinal round, Invoker.

Last year Rubick came in second with a record margin, as literally less than nine thousand votes came between Rubick and sweet victory. But this year, he may have a chance, if a narrow one yet again.

The semi-finalist votes were a no-brainer, with Rubick getting 16.6 million votes, versus semifinalist Spectre’s nearly 12 million. Meanwhile, Void scraped barely 11.5 million versus Invoker’s 10.4 million. But with all votes in the finalist’s pools, anything can happen. Will Rubick be done justice, or will Faceless win with time?