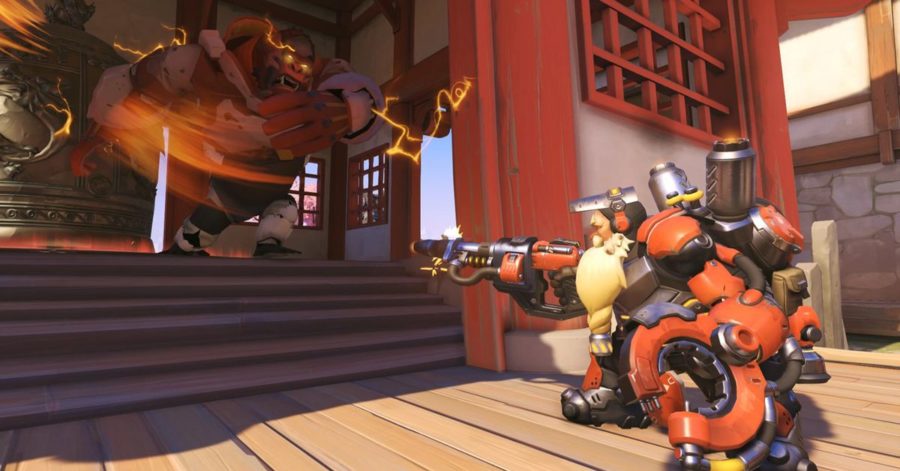 First impressions: How does Torbjorn feel on the PTR?

Torbjorn’s new kit is interesting, because it dramatically changes the way the diminutive Overwatch engineer plays. He used to be focused around turret placement, protection, and using his auto attack to clean up anyone in the area while laying down armor. Now, the game asks him to focus more on his own attacks. His turret is more portable and requires less wind up. Torbjorn’s a man on the move now, and his auto attack is arguably his most important ability.

The most important thing to know about new Torbjorn, based off my experimenting on the PTR, is that the turret will focus on whoever you’ve shot with your primary fire. This is huge once you get it down. Did Ana sleep a raging Winston? Do NOT shoot him with your rivet gun; aim for that tricky Zenyatta, instead. Previously, Torbjorn could just spam his alternate fire to rain hot scrap down on his enemies. Now, he needs to be more of a tactician.

Turret placement is definitely trickier; the new launch mechanic means you can get it up on higher ground. That’s fantastic, and it’ll reward players who know maps and chokepoints. It also means Torbjorn can get a turret down without risking his life. If you don’t like your current turret’s placement, you have two options. One, you can destroy the turret manually. This is the preferred option if the turret keeps firing and won’t leave combat, due to being near a high traffic (but low impact) area. This will trigger a 10-second cooldown, and then you can go ahead and put a new turret down. Otherwise, wait for your turret to stop firing for a few seconds, and once it’s marked as out of combat you can replace it with a new one.

Overload, Torbjorn’s new ability, is a welcome change… but one that will lead over-confident Torbjorn’s to their death. If you hit overload and spam Torbjorn’s new, more powerful alternate fire, you may feel like you can go toe to toe with a McCree or a Doomfist.

You can use Overload to skirt Roadhog hooks and kite Reinhardts around, but Torbjorn isn’t a tank. He’s still a DPS, and he needs to be played carefully. His melee hammer is more powerful and can go through Orisa shields or restore his ammo, but it’s not always worth the risk of getting close. If you play Torbjorn in an extremely HAM manner, you’ll be watching the kill cam. A lot. He’s a mid-range hero who wants to stick near his turret, and it’s going to take some time to figure that balance out. Think of yourself as a squishy Reaper with no escape. Yes, you can blow up a Winston or an Orisa. No, you can’t shadow step out of there or heal up while you dish out damage. Once you’re in a fight and you pop your Overload to stay alive, you’re in that fight.

His ult is powerful and a strong counter to Brigitte’s Rally, and more importantly, it’s fun as heck to shoot sizzling piles of goo everywhere. This is especially great in chokepoints and on objectives.

Overall, Torbjorn feels more involved and interactive. If you really loved hanging out near your turret, this rework isn’t for you. If you want a Torbjorn who makes sense in multiple comps, though, you now have a mini-Reaper with the ability to zone out objectives.