Nineteen months later, fnatic taste international glory once again. The Swedish side, whose last Big Event victory had come at IEM Katowice 2018 with four of the players currently on their team, delivered on home soil in an exciting final against an on-fire Mathieu “ZywOo” Herbaut to complete one of the greatest Cinderella stories in recent memory in Counter-Strike.

fnatic required all three maps to take the victory but they could have wrapped things up much earlier. They enjoyed a 14-12 lead on Dust2 but let Vitality get back into the game in the final stages. Success never comes easy for the Swedes as they would also find out on Inferno, where they wasted nine map points before locking down the map in overtime, and then on Mirage, where they secured victory in an eco round after being pinned against the ropes.

It was impossible not to feel that it was a deserved victory for fnatic, who were the better team for most of the series. Cédric “RpK” Guipouy, on Dust2, and Alex “ALEX” McMeekin, on Mirage, were valuable sidekicks to ZywOo, but the French youngster simply had too much weight on his shoulders against the tactically strong side led by Maikil “Golden” Selim. Still, it was an impressive campaign from Vitality, who were playing their first tournament since replacing Nathan “NBK-” Schmitt, and they will have very little time to lick their wounds as they will return to action in just a few days, in the first stage of ESL Pro League Season 10.

A trio of kills from Richard “shox” Papillon opened the action on Dust2 and set Vitality up for a 3-0 lead on the Terrorist side. fnatic‘s first round victory sent the crowd into raptures, making it clear for those unaware whose side the Malmö Arena was on, but Vitality were unperturbed by the lack of support and kept breaking through the Swedish defense, racing to a 5-2 lead.

A quad-kill from Robin “flusha” Rönnquist marked the beginning of a dominant period from fnatic, who adapted well to Vitality‘s slow approach and managed to take nine rounds into the second half with some stellar defensive work.

Now playing on the CT side, Vitality won the pistol round courtesy of a 1v2 clutch by RpK, who put in a vintage performance to help to take some of the load off ZywOo. The French star formed a deadly AWP duo with shox to power the CTs to retake the lead, but fnatic picked up the pace and reached the 14-round mark. The home side would not be able to strike the finishing blow, though, as Vitality tightened up and took the upper hand, winning the remaining rounds to secure a much-needed success as they were about to head into Inferno.

Vitality drew first blood on Inferno as they won their CT pistol, but then things fell apart for them as flusha cracked open the B site in the following round after catching out two French players pushing Banana in a 5v3 situation. That round sparked a massive run from the Swedish team, who enjoyed a spell of dominance, though they would head into the break with the slightest of margins as Vitality were in control during the final stages, with a beautiful triple kill from Jesper “JW” Wecksell in the last round setting the two teams apart. ZywOo delivered as usual, but it was not enough

fnatic came out of the break with renewed impetus and hit map point at 15-9 after shutting out the Vitality offense. It looked like the map was about to come to an end, but, just like on Dust2, the Swedes failed to close it out, allowing the French side to come back to the game and force overtime.

Despite the upset, Golden‘s troops kept their cool and rallied to a 3-0 run on the CT side. Vitality still attempted a response but were caught off-guard as fnatic brilliantly sold a move back to B with audio cues before hitting A to lock down the map.

flusha was the hero as he gave fnatic an early lead on Mirage by picking up three key frags in the pistol round in a 3v5 situation. Vitality responded with guns in hand and took a 4-2 lead off the back of an ace from ALEX, who had endured a quiet game until that point. The rest of the half was closely contested, with the French side taking a three-round cushion into the break after controlling the map during the dying stages.

Vitality further added to their lead after switching to the Terrorist side, but the landscape of the game changed dramatically once fnatic had money to work with. The Swedes assembled a very compact defense and hit championship point without dropping a single round. With no margin for error, Vitality pressed on and had the CTs against the ropes, but then, in true fnatic fashion, they won a round out of nowhere with nothing but pistols to send the home crowd into wild jubilation. 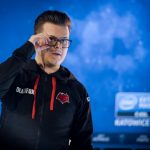 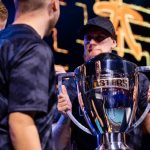