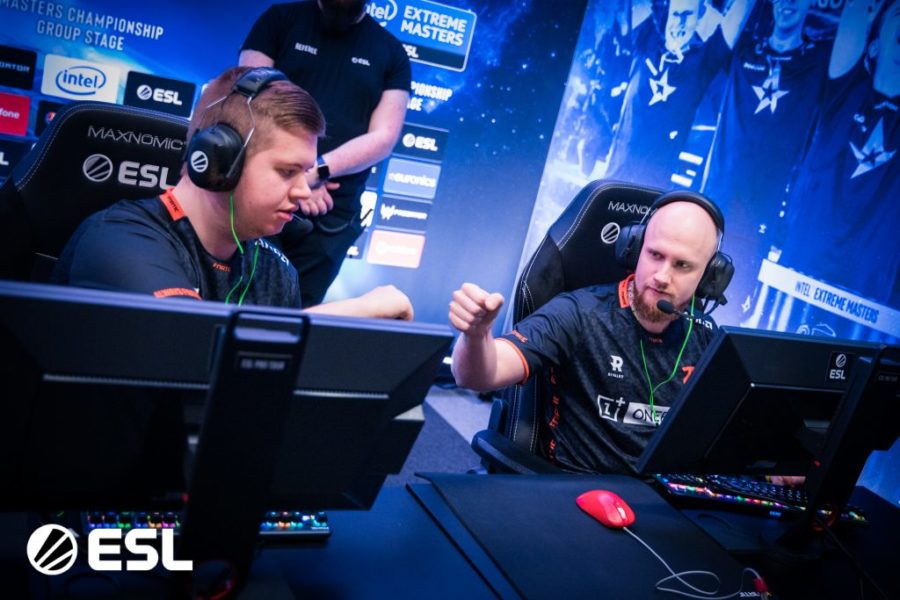 The first quarter-finale encounter between 100 Thieves and fnatic began on Inferno – Aussies’ map pick. On the other side, fnatic went forward with Mirage. Dust II was the decider to affirm G2 Esports’ opponents in the semi-finals.

Inferno being 100 Thieves’ map pick, fnatic began their campaign on CT side. With early apartment control, fnatic secured pistol round flawlessly. 100 Thieves fell to fnatic’s force-buy in the succeeding round as they opted for arch/CT spawn rap around for B-site. 100 Thieves forced the next round and eventually stumbled their economy as fnatic advanced their lead 3-1. Golden got two early kills as opponents on banana lined-up for him, though, his side collapsed 3vs5 and 100 Thieves secured their first buy round. To hault their opponents, flusha aced in the sixth round; scoreboard tickled 4-2.

100 Thieves’ economy crumbled yet again while fnatic advanced 5-2 as JW roasted three enemies with his grenade. He further picked apart 100 Thieves with his aggresive AWP and got triple-kill towards mid while Golden secured the round with a double-kill in banana. 100 Thieves finally grabbed a round though Fnatic responded back with two rounds. Jks picked two players towards apartments in the thirteenth round and single-handedly secured fourth round for 100T. First half ended 10-5 inclined towards the Swedes.

Fnatic advanced their lead 11-6 as they grabbed second pistol-round as well. 100 Thieves didn’t risk their economy with a force-buy in the following round. 100 Thieves bagged eighteenth round as scoreboard turned 12-6. Golden entered B-site and picked apart two defenders to secure thirteenth round and break Aussie economy. Fnatic advanced to fourteen rounds props to Brollan and Krimz picking up two kills each. 100 Thieves finally secured three consecutive rounds for the first time this series with admirably strong hold deep into the bombsites.

Jks held strong on B-site with two kills as fnatic picked apart his teammates towards CT spawn and arch and rapped around towards B-site to secure map-point. With shaggy SMG buy and a saved AK-47, 100 Thieves breathed longer and entered double-digits. Fnatic forced in the succeeding round and took critical advantage early into the round, though Jks saved the day with a massive quad-kill safeguarding B-site. Jkaem single-handedly got a double-kill towards banana and miserably forced fnatic to hit A-site.

Fnatic were yet again down to pistols and armour while 100 Thieves ran to thirteen rounds. Jks savagely fragged in the last few rounds as he led his side into the overtime with 27 frags. Fnatic won the first round of overtime and ultimately ended 100 Thieves’ six round streak. 100 Thieves returned back with a win, but after sixteenth round win, fnatic ran past the victory mark and secured map one 19-16.

100 Thieves began their crusade on CT-side on fnatic’s map pick – Mirage. 100 Thieves showed heavy middle presence and frags were traded while fnatic came out on top. 100 Thieves tied scores 1-1 as fnatic crumbled against deagles and scout towards A-site. 100 Thieves bagged the follow up round and demolished their economy to lead 3-1. Fnatic came back with a couple of rounds and destroyed 100 Thieves’ economy to tie scores at 3-3. Fnatic took the lead 4-3 as they won anti-eco.

100 Thieves bought out rifles and crashed fnatic’s early aggression and seemingly picked them apart with critical flanks to tie scoreboard at 4-4. Fnatic was stunned yet again towards B-site and 100 Thieves took back the lead 5-4. Fnatic levelled the scoreline with upgraded pistols and armour as Krimz and Flusha chimed in with massive individual impact. 100 Thieves took three rounds in succession as fnatic’s finances were shattered. Both the sides traded a round towards the end of first-half and ended it 9-6 inclined for 100 Thieves.

100 Thieves rushed A-site in the second pistol round of the second map and bagged the round on back of jkaem’s triple-kill towards CT spawn. Aussies grabbed the following round as fnatic were down to unarmoured pistols. Fnatic won the first buy-round as JW decimated opponent’s B-site rush. Scoreboard turned 12-7 while fnatic called out a tactical timeout after losing a crucial buy round. Fnatic stole the following round with deagles and CZ-75s. Fnatic built upon and annihilated 100T’s economy while they bagged five consecutive rounds to tie the scores at 12-12. 100 Thieves apparently haulted Swedish resurgence and took 13-12 lead after a steady B-short rush.

Aussies built their lead 14-12 as Gratisfaction and Jks got a double-kill each. Jks secured yet another round with a 1vs2 clutch and a triple-kill to secure map point on fnatic’s map pick. Krimz turned around a round with a quick flank towards B-short to keep the map boiling. Fnatic won the following two rounds pretty convincingly to initiate overtime. Fnatic dismantled a quick A-site rush to take early lead in the overtime. 100 Thieves repeated the same strat but the results differed to tie scoreline at 16-16. Fnatic didn’t drop a round since, and grabbed the second map 19-16 with Krimz’s 1vs3 clutch in the last round.