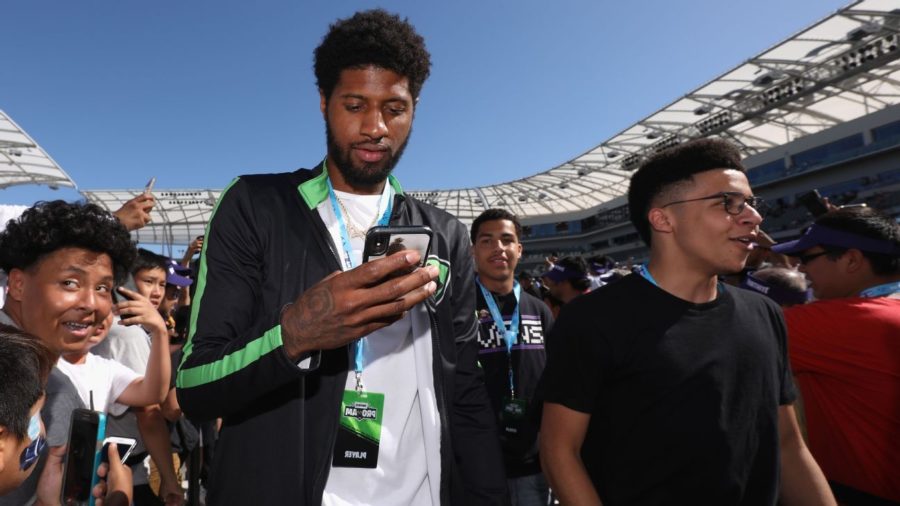 It’s almost impossible to avoid the word “Fortnite” in a conversation these days. Be it at the supermarket where the kids behind you are playing the game on their phones, or on social media where distant cousins are bragging about grabbing their first solo win on social media. Fortnite has become the biggest game in the United States almost overnight, and momentum isn’t slowing anytime soon, developer Epic Games has invested $100,000,000 into an upcoming competitive circuit.

Before the Fortnite esports scene kicks off in full, here are some of the players you need to know for the next time a cashier asks you who your favorite Fortnite player is. 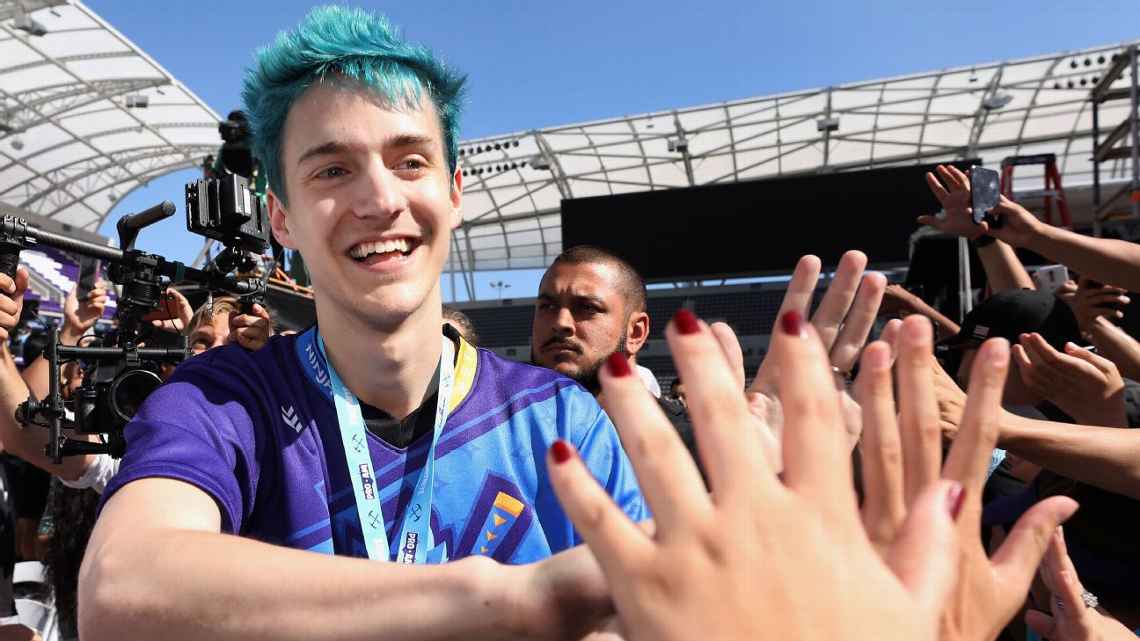 Tyler “Ninja” Blevins continues to be the face of Fortnite, with no signs of his popularity decreasing. It’s unknown what role he’ll take as Fortnite becomes a full-fledged esport. Christian Petersen/Getty Images

No name is bigger in video games right now than Ninja. The 27-year-old former Halo pro has become the face of Fortnite over the last year, and he has blossomed into the biggest streamer in Twitch history. After duoing with Drake four months ago, Ninja’s daily stream numbers have become comparable to some television shows, as he can draw upward of 250,000 viewers at one time whether he’s participating in a tournament or streaming on his own.

While Ninja might not be the most technically gifted player in the world, his dedication to the craft is undeniable. At 3,279 wins, he sits atop of the leaderboards of all PC players in the world and will consistently stream twice a day for his ever-growing audience. Beyond his work ethic and elite skill, Ninja has become a family-friendly streamer, usually dedicating his earlier-in-the-day streams to his younger audience, doing his best not to use foul language.

If a conversation about Fortnite comes up, Ninja’s name will surely follow. 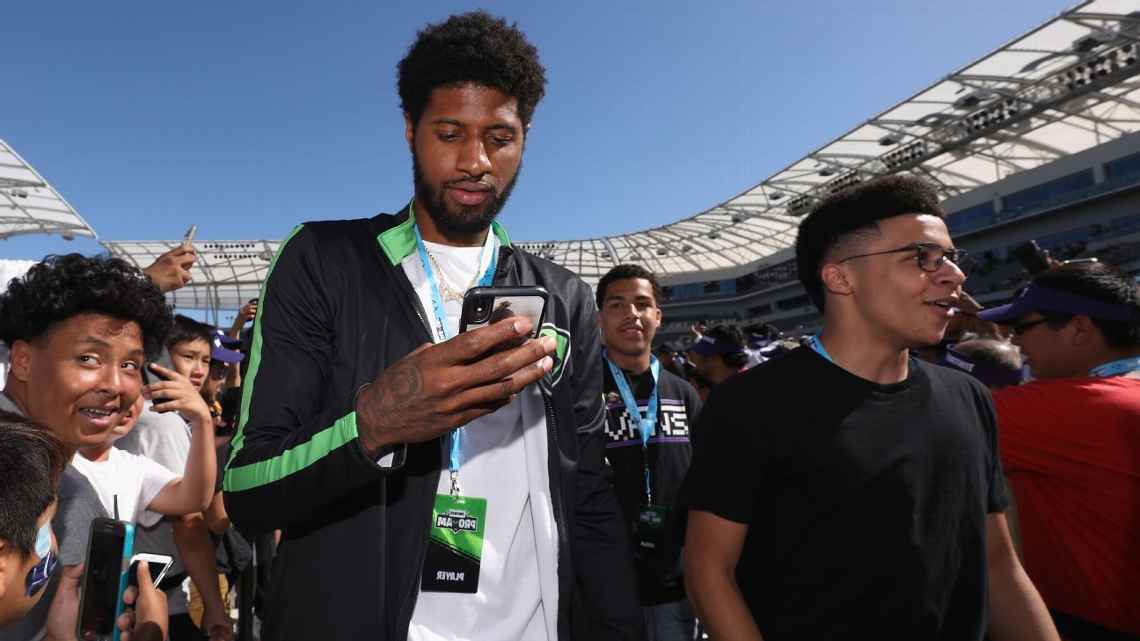 The captain of Team SoloMid’s Fortnite squad, Myth might be the second-most popular Fortnite player in the world after Ninja. Along with his TSM teammate Darryle “Hamlinz” Hamlin, Myth has been one of the most consistent players throughout the Friday Fortnite series, placing in the top four on four separate occasions and winning once.

As long as Myth doesn’t die due to fall damage, his future in the world of Fortnite should be bright.

If Ninja is the golden boy of Fortnite, then Tfue is the game’s anti-hero. The FaZe player is one of the biggest names in Fortnite today and, besides Ninja, might be the fastest growing personality in the scene on YouTube. On the field of battle, Tfue is one of the most accomplished players in the world, having won three Friday Fortnite events, coming in second once, and also placing fourth twice with FaZe teammate Dennis “Cloak” Lepore.

With his flashy style, it’s easy to see why Tfue’s stock has risen over the past few months. On the negative side, though, he did recently have his main account banned for violating the developer’s EULA for account purchasing. Trash talking, big plays, and account bans, Tfue is a player everyone from fans to Epic Games itself will have their eyes on as the official pro scene begins.

Although the Dutch native doesn’t have the subscribers or fanfare of the other players — currently at 71,000 Youtube subscribers compared to 14.6 million for Ninja — Svennoss’ stats are too gaudy to ignore. In his solo games alone, Svennoss has a 61 percent win rate. Yes, you read that right. When he queues up in solo, he wins over half the time. While his success online hasn’t translated to victories in Friday Fortnite or other duo events, the 24-year-old is right behind Ninja when it comes to overall victories on the PC (3,248) despite playing almost 2,000 fewer games than Ninja.

Currently signed to NRG Esports as a streamer, Svennoss could be the next breakout name in Fortnite.

Keeping up with the European flavor, we have the “French Monster” himself, Gotaga. Known as possibly the best French Call of Duty player in history, Gotaga has transitioned seamlessly into Fortnite as a streamer, bringing over his already large fan base and technical skill with first-person shooters. Gotaga also had the honor of eliminating Ninja in the solo match at the Fortnite Pro-AM in LA, quieting the pro-Ninja crowd whilst Gotaga’s fans overseas jumped for joy. Most recently, Gotaga hosted a tournament on an island-setup over the water in France, bringing in a huge live audience crowd and over 200,000 viewers online.

Team Secret’s Mongraal is a recent winner of the Friday Fortnite event. Oh, and did I forget to mention he’s only 13 years old? The British phenom won $10,000 in a Friday Fortnite tournament and opens a lot of questions about what the future could hold for players of similar talent in his age bracket.

In League of Legends, you need to be 17 to turn pro. In Overwatch, it’s 18. If a Fortnite pro circuit follows the same trend, Mongraal wouldn’t be allowed to play professionally for four to five years. Even with Fortnite’s ridiculous numbers, it’s hard to fathom the game will still be on an upward trajectory that many years from now, with most esports plateauing after their first few years of prominence.

Someone out there none of us has ever heard of

Right now, there is probably a 17-year-old kid from South Korea or a 19-year-old from China who has only played the game a couple of times and will be running the esports Fortnite world a year from now. The names we’ve mentioned should be the forefathers of the scene, but as with every great esport, with more interest and eyeballs, more talent starts to spring from across the globe. This time next year, there will be a slew of new names that will be topping leaderboards and signing six-figure contracts with pro teams.