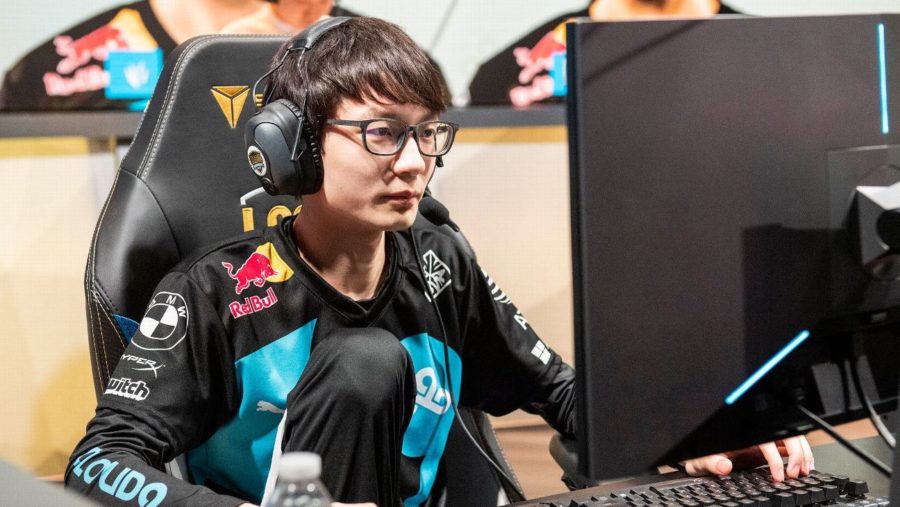 From Scouting Grounds to EG, it’s Kumo’s time to shine

It was the day that would change his life forever. Early in December in 2017, Colin “Kumo” Zhao sat inside the LCS Arena in Los Angeles, the No. 1 selection in the Scouting Grounds draft. Scouting Grounds, the yearly combine for amateurs to showcase their talents in front of the 10 North American League of Legends franchises, was the best way for an unknown to make a splash. Kumo, then going by the gamer tag “League”, had done just that, a Cloud9 hat atop his head of long hair.

The team best known for developing talent, C9 had zeroed in on the teenage top laner, using money to buy the top drafting spot from FlyQuest to give themselves exclusive negotiation rights with Kumo for a week. Overwhelmed and a bit stunned, Kumo sat in the press room following the draft, going over his expectations for the coming year. He wanted to be a starting top laner in the League Championship Series, the premier competition in North America. Though it might take him a year or more to make it, he believed C9 had the infrastructure in place to get him there.

Two years later, back in the LCS Arena on a day that’s only cold in Los Angeles, Kumo is where he always wanted to be. When the LCS kicks off its 2020 season on Jan. 25, he will be a starting top laner — just not for C9. Gone is the sky blue hat from his head and his long locks, now cut short and styled with highlights. During the offseason, Kumo was transferred to new LCS franchise Evil Geniuses, in a deal that saw two of his other teammates, Tristan “Zeyzal” Stidam and Dennis “Svenskeren” Johnsen, come along with him.

Although C9’s history of developing talent was good for Kumo, it was also a double-edged sword. While he could have possibly started on various LCS rosters in 2019, he had the misfortune of sitting behind one of the best top laners from the west in Eric “Licorice” Ritchie. As Kumo was coming into the C9 system, so was Licorice, and he excelled the moment he was given a chance to start on the C9 roster, ending his rookie year by being a main contributor to C9’s run all the way to the world championship semifinals.

Regardless of how well Kumo performed in the academy league or in solo queue, the wall known as Licorice was too tall to climb. When Licorice was out with health issues in the most-recent summer split, Kumo performed well, winning three of the four games he started, but when Licorice was ready to come back into the roster, there was little debate on who should get the starting job. It was a race that Kumo never had a chance of winning.

On EG, though, there is no one breathing down his neck to take his starting job. The team’s academy top laner, Brandon “Brandini” Chen, is a solid piece and should do well in case of emergencies, but Evil Geniuses are betting on Kumo to become one of the best at his position in North America. Like C9 did with Licorice when he joined, the keys of the top lane are firmly in Kumo’s grip, and it’s up to him to see how far he can help EG go in his first season as a starter.

“I’m really excited for Colin,” Greg Kim, director for Evil Geniuses, said to ESPN. “There is this [belief] that young North American talent isn’t getting a chance, so I’m definitely excited for him to show up and show what he’s got. For us, I feel good about his transition to the [starting] role because we have Svenskeren next to him and they came together from C9. I think a good environment helps a lot. Jiizuke and Bang are fully invested, and all of the team is getting along really well and our coaches are very focused on fostering an environment to help [Kumo] show what he has.”

In a starting lineup of five, Kumo is the only one that hasn’t even had an opportunity to have a magical moment. Svenskeren and Zeyzal went to the world semifinals with C9 in 2018. In the same tournament, EG’s new mid laner, Daniele “Jiizuke” di Mauro, clashed with C9 and his new teammates in the group stage. His impulsive style upset two of the tournament favorites in China’s Royal Never Give Up and South Korea’s Gen. G but failed to overcome Svenskeren and Zeyal in their matchups. The final starter, Bae “Bang” Jun-sik, doesn’t need to run down his list of accomplishments or upsets — all he needs to do is flash his two world championship rings.

To Kumo, it’s all about proving himself. At Scouting Grounds, he left as the No. 1 selection. In Academy, LCS’ official minor league, he’s consistently been one of the better players. When he has been given chances to play in the LCS alongside the likes of Svenskeren and Zeyzal, he’s proved himself. Kumo was bound to have a starting spot in the LCS soon.

In North America, homegrown talent capable of competing with the best internationally doesn’t grow on trees — so when one appears with potential, the chance will eventually come. It’s the reason why TSM’s starting jungler, Joshua “Dardoch” Hartnett, having pinballed around the league with some stops having less gracious exits than others, is still in the LCS. When a North American-born talent shows they have the potential to play against the world’s best and not flinch, they can’t be discarded.

During EG’s preseason boot camp in South Korea, it was another opportunity for Kumo to test himself. Although scrim results don’t directly translate to on-stage success, especially in the offseason, EG returned with stories of optimism. The team bonded in earnest. In one instance, the team ordered pizza and pasta in South Korea to appease their new Italian teammate — only for Jiizuke to decline it immediately. They got the chance to play against some of the best teams in the country, including the recent KeSPA Cup champions Afreeca Freecs, and while they wouldn’t detail their win-loss record, they admitted it was a fruitful trip.

The goal of making the world championship is still a lofty one, but after their boot camp, seeing how high their potential ceiling is with the five starters together, they’re forging confidence. And the first step of any great team begins with the belief that they can beat the best.

“We were scrimming the dominant LCK teams from the KeSPA Cup, the best performers, and [we] performed quite well,” EG’s coach, Connor “Artemis” Doyle, told ESPN. “We had good scrim results, gotten some confidence from that, and we’re riding the momentum back here.”

The player that sticks in Kumo’s mind from their boot camp is Afreeca’s ace top laner Kim “Kiin” Gi-in. The centerpiece of his team, Kiin is the end product that every team desires their top laner to become — mechanically skilled, intelligent, adaptable to the moment, and confident in his limits along with the various champions he wields per game. While Kumo admits he did “OK” against one of the best players in the world, the series of matches versus Afreeca and the other South Korean teams was the start of a new goal.

He’s accomplished being a starting top laner in the LCS. Now, it’s about focusing his sights higher than just keeping his job secure. EG is a team built to win and to win now, headlined by the reigning LCS MVP, Svenskeren, and a back-to-back world champion in Bang.

“I think I can get to that [world-class] level,” Kumo said. “I think I’m closer than I thought I was, actually.”

For many first-time starters, getting off to a slow and steady start would be best for them. But for Kumo, who has waited for two years, patiently watching Licorice succeed domestically and internationally, he’s done sitting idle. He’s ready to start sprinting.