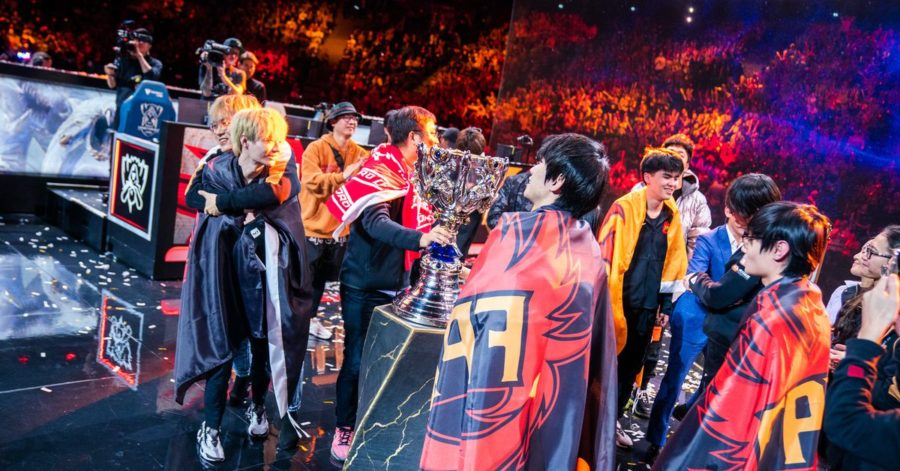 FunPlus Phoenix are the 2019 League of Legends World Champions

At the 2019 League of Legends World Finals in Paris on Sunday, China’s FunPlus Phoenix defeated Europe’s G2 Esports in a decisive 3-0 series to claim the Summoner’s Cup.

The series started with an incredible first game that seemed balanced on a knife’s edge. Both teams were making aggressive plays and trading objectives until one decisive teamfight at dragon gave FunPlus a lead that it never relinquished, finally taking the game at 41 minutes. Games two and three, on the other hand, were both clearly in FunPlus Phoenix’s control from the very beginning.

Despite G2 entering the series as the favorite, FunPlus took the matches to the European team, controlling the temp of each game. The biggest piece in FunPlus Phoenix’s complete domination of the finals was jungler Gao “Tian” Tian-Liang, who took home the title of Finals MVP. Tian played Lee Sin in all three games and on top of jungle play that helped give Phoenix strong early advantages, Tian also had a few impressive mechanical plays.

This is the second year in a row that a Chinese team has swept a European team in the World Finals, after last year’s Invictus Gaming win over Fnatic. This is the last major League of Legends competition of the 2019 season.

The final event of the year will be the 2019 All-Star Event, which will be Dec. 5 to 7., will likely use the preseason patch and include a host of League of Legends pro players, streamers, and celebrities.