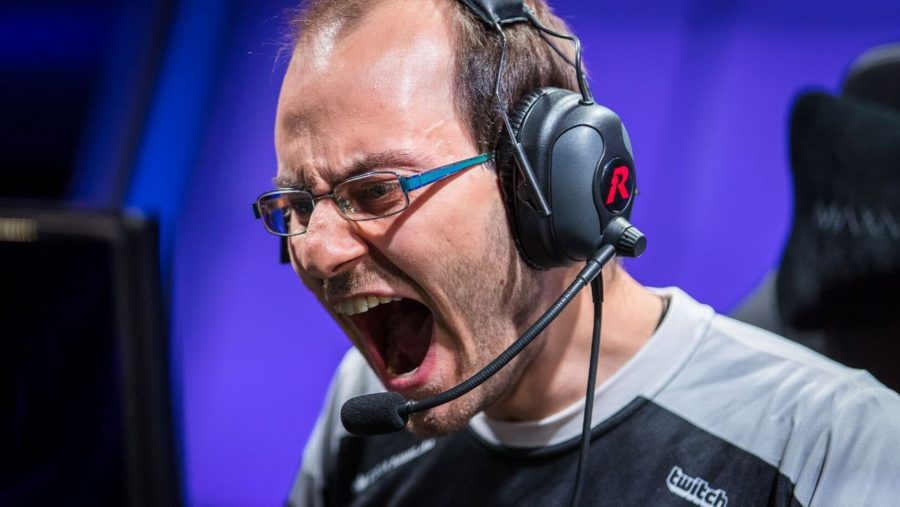 As with other regions, the European League of Legends landscape has undergone a major overhaul for 2020. Nine teams have made roster changes. Fnatic, Excel Esports and Origen quickly filled vacancies and have mostly upgraded their rosters. Conversely, many teams rewarded up-and-coming talents with roster spots, confident that developing players would pay off in the long run, as it did for Rogue and Splyce (now MAD Lions) in 2019.

In the end, most teams look better than they were the previous season, though some will take a little more time to look the part.

There is much rejoicing in the LEC, as the strongest lineup in European League of Legends history remains intact at least for 2020 and potentially until player contracts expire in November 2021. Indeed, all eyes are on G2 as they eye improvements in 2020 from their already monstrous 2019 form — a form that allowed them to nearly win every tournament they played.

Although it sounds silly, G2 need to improve their already mind-boggling flexibility, as their one-sided defeat at the 2019 World Championship finals demonstrated. Champion pool issues plagued their drafts in their matchup against FunPlus Phoenix, an event that might be a distant memory come November 2020, when they should be lifting the Worlds trophy, barring a setback, against whichever team rises above and beyond by then. For the time being, they continue to set the bar high.

Fnatic’s offseason pushes the team into a metamorphosis that could go either amazingly right or horribly wrong, depending on how the players jell on and off Summoner’s Rift. For a team that was accustomed to Mads “Broxah” Brock-Pedersen’s accommodating playstyle, Selfmade’s assertive if not forceful jungling throws any semblance of lineup balance out the window.

Fnatic’s chances for LEC prominence depend on how quickly Selfmade adapts to his teammates and vice versa. If 2019 is to serve as a template, bumpy roads lie ahead in the first few weeks. Back then, Fnatic started the season 0-4 before overcoming hardship and internal strife to stand toe-to-toe with G2 Esports in the summer finals. Their head coach, recently retired support Alfonso “mithy” Aguirre Rodriguez, is in for a puzzle both in-game and out, but he could lift his first trophy as a coach in 2020 if he solves it.

MAD Lions’ rebranding from Splyce starts with huge losses, as the majority of their 2019 players have gone elsewhere (or retired, in Kiss “Vizicsacsi” Tamas’s case). However, as is customary of Splyce/MAD Lions in the Peter Dun era, the staff’s talent-scouting prowess and emphasis on player development could save them from finishing dead last — or at least make them look interesting should they fall that low. Their biggest indicator will be Shadow’s evolution into an LEC-caliber jungler.

James “Mac” MacCormack has proven himself as a player development coach in Splyce in 2018 and 2019, and he has the perfect lineup to shape into a contender. But it will take time, for as solid as Shadow, Carzzy and Gistick were in the European Regional Leagues, the LEC is far more punishing. Should they shape up under Humanoid and Orome’s in-game leadership, they will be playoff dark horses, if not contenders like Rogue.

FC Schalke 04 Esports’ prospects at LEC relevance depend on how long and how well they can maintain a positive atmosphere through rigorous practice sessions that might border on devotion. The coin might fall in their favor, causing them to become a European sensation akin to 2016 World Semifinalists H2K Gaming, or they could burn out like the 2019 Misfits Gaming. The issue does not lie in the skills of the players but on sustaining good morale through their growing pains.

Should Dreams’ positive demeanor and play improvement hit the mark, Schalke 04 will become a surefire threat to teams not named G2 Esports. Indeed, Odoamne and Abbedagge’s rock steady performance levels and a peak form FORG1VEN would give them and the coaching staff many opportunities in-game and high threat levels across three lanes, enough to pummel teams with clear weaknesses (be that inexperience or positional weaknesses).

Save for an odd hire, Origen have made the best of their offseason, despite roster changes. Following the departures of Patrik, mithy and Kold, they signed Europe’s second-best jungler in Xerxe, one of the most devastating European AD carries in Upset, and a 2019 Worlds play-in participant in Australian support Destiny. Of these hires, the latter has been intriguing.

Origen’s chances to make a deep run into the playoffs depend on Destiny’s adjustment to a tougher LEC and to his strength as a laner to pair with the cautious and calculating Upset. Should he deliver on the coaching staff’s expectations and should his in-game leadership go beyond the levels he displayed in the past in the Oceanic Pro League, Origen’s weird move could be their most important. However, if he proves to be a liability, it could be their undoing as serious contenders.

Rogue had one task in the offseason: find an upgrade in the bot lane that would allow them to contend for the LEC crown. Hans Sama’s arrival in the lineup shows that they passed their offseason with flying colors and that they are ready for prime-time status. Anything less would be a monumental disappointment.

The organization already fielded a potent roster in the 2019 summer split with Finn, Inspired and Larssen, three rookies who reached fourth place in their first full LEC split, swatting aside eventual World Championship quarterfinalists Splyce in the process. If they carry on that momentum, and if the meta fits skirmishing junglers, Rogue are among the favorites for an LEC final berth.

However, their most important hires are head coach Hadrien “Duke” Forrestier and assistant coach Louis-Victor “Mephisto” Legendre, both emerging from their 2019 Worlds quarterfinal appearances on different European teams. Together, they have the tools and knowledge to build their prospects’ skill sets and game savvy, as they did separately on Splyce, Fnatic and other teams. As such, Vitality’s take on player development is likelier to succeed than others’, and it is only a matter of time before Vitality sting their way to the playoffs — or provide interesting showdowns against MAD Lions for a playoff spot.

As was the case in the 2019 preseason, SK Gaming enter 2020 with many questions to answer about their viability as a competitive team. At the time, those worries had less basis than they do now, as three players were part of a team that won it all in the European Regional Leagues. As for this year, four of their players have LEC experience, with the core (Sacre, Jenax and Crownshot) nearly rallying SK to the 2019 summer playoffs.

In their current iteration, the question shifts to their ability to compete when teams around them have improved, and SK will have to find answers without Selfmade’s play. Instead, Trick’s communication and macro sense will have to do, should SK find a lifeline. Otherwise, playoff ambitions will be a long shot.

Misfits Gaming have taken a radically different approach for the 2020 season, favoring up-and-coming talent with willingness to build team chemistry over proven stars with diverging viewpoints on the game. As such, expectations aren’t as high as for other rosters, given potential growing pains, but Misfits still pack a punch, based on the skill level of their new hires and veteran members.

Dan Dan’s steady play in the top lane has netted him Misfits’ trust, but he finds himself surrounded by new faces. One of 2019’s most devastating pairings in the ERLs has joined the fray, as Razork and denyk arrived fresh from a second-place finish in the EU Masters summer tournament; joining them is South Korean prospect Bvoy. To develop any semblance of team chemistry, they need to take their time as newly hired jack-of-all-trades Ronaldooo and former starter Febiven compete for the mid lane spot. This lineup will not look ridiculous even should the worst happen, but expect them to be outclassed by many early.

Excel Esports’ three offseason hires, as well as their structural changes behind Grant “Grievance” Rousseau, have greatly improved their prospects. No longer afterthoughts in a challenging European region, they can realistically claim playoff spots amidst developing teams and evenly matched contenders. In particular, the Caedrel-Tore pairing and Youngbuck’s assistance will give a sense of direction to a team that used to lack it at crucial moments. Simply put, Excel won’t be — or should no longer be — dead last.