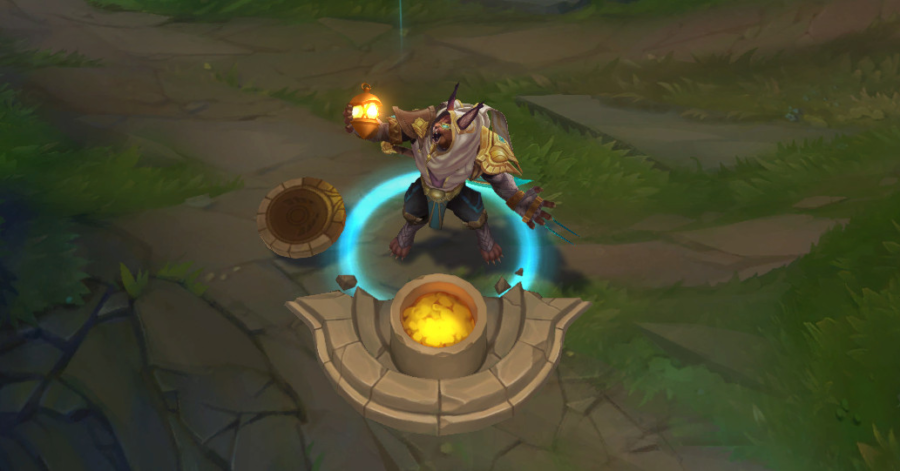 Guardian of the Sands Janna, Ryze, and Rengar skins: models and info

Alongside the Mecha Kingdoms and Dragon Slayer skins that popped up on the Public Beta Environment, three new Guardian of the Sands skins dropped for Janna, Ryze, and Rengar.

The three have ascended to guardians now and all have Shurima-themed looks. These guardians are set to protect a tomb with demonic creatures hidden within, but they apparently haven’t been doing such a great job, seeing how Sand Wraith Pyke and Risen Fiddlesticks exist. Maybe they needed to recruit these three guardians to ensure no more monsters would escape.

These skins will likely launch in January, since that’s when we’ll get our next big patch.

Guardian of the Sands Janna

Guardian of the Sands Ryze

Guardian of the Sands Rengar