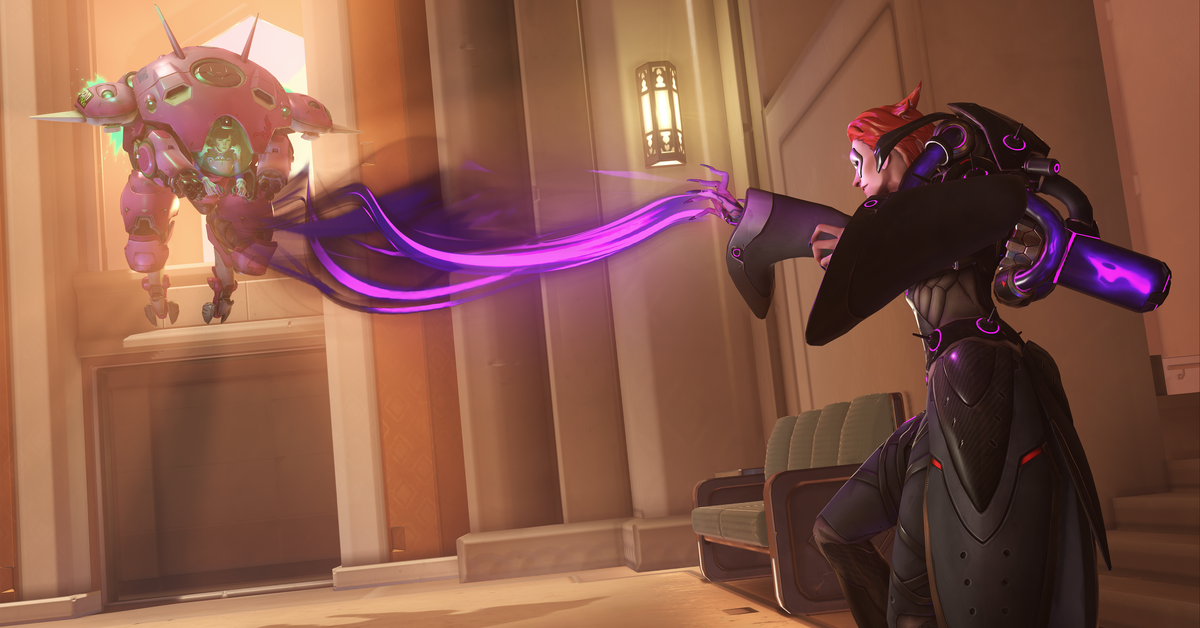 Moira is Overwatch’s best villain and my secret crush, but her legendary skins so far haven’t dived too deeply into her dark side. Her glam skins are hilarious Bowie references and they’re certainly stylish, but they’re not exactly something that’s incredibly in-character for Moira. We doubt she’s wearing those on a Saturday night in the lab. Her Oasis skins show her ‘good-aligned’, morally healthy day job as a Minister of Genetics in Oasis. Even her Blackwatch skin, which represents her days as part of the black ops Overwatch squad, has her wearing a cute lil’ beret.

Moira fans have wanted a skin that really explores just how dark she can get, and this newest reveal answers those wishes.

Meet Banshee Moira, the second Legendary skin for Halloween Terror. She follows up Swamp Monster Doomfist, and honestly, these two skins are some of my favorite seasonal offerings yet. I’m a huge fan of the classic terror inspiration they’re taking here, and I’m excited to see what comes next.

We won’t have to wait long; Halloween Terror is set to start in just five days, on October 9.