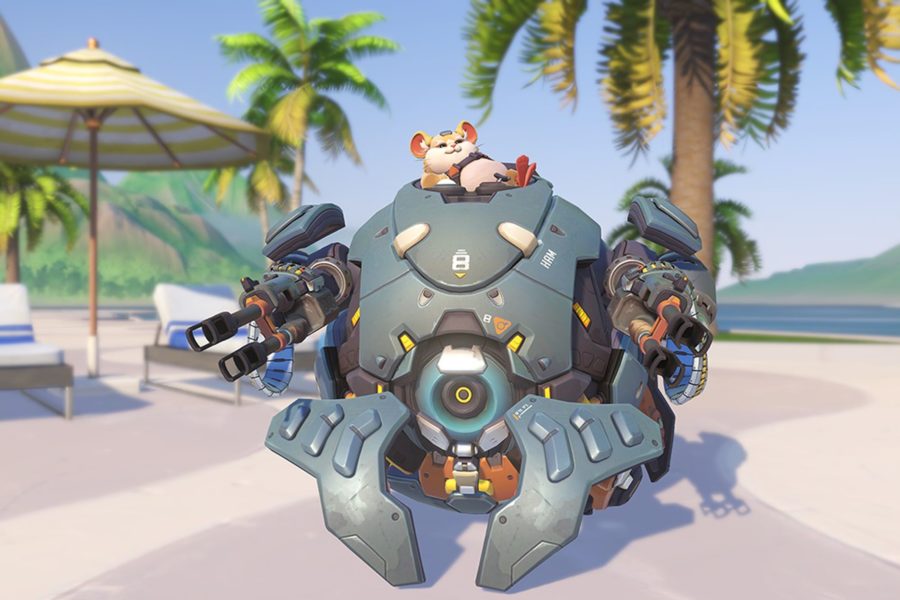 Hamster-smash your enemies with our Wrecking Ball guide

Hammond is a moon hamster controlling the Junkertown badass mech that won the Scrapyard championship. He also built Wrecking Ball, his giant ball mech, from scratch, and has it translates his thoughts for him. No matter how you slice it, Hammond is a talented boy with very chubby cheeks. He’s also Overwatch’s latest hero. So here’s what he does and how you can dominate with him.

Wrecking Ball’s goal on the battlefield is to displace and zone his enemies. He’s a tank with the ability to push everyone else around and move very quickly when needed. Good Wrecking Ball players will be able to maneuver the battlefield extremely quickly, putting themselves in the perfect positions to deny enemy entry.

Wrecking Ball’s primary fire is Quad Cannons, which operate exactly like they sound like they should. These are two mini-guns welded to the side of a hamster ball, so they certainly pack a punch when firing. The spread is significant at range, but Wrecking Ball is capable of some serious damage up close. His reload animation is lengthy, so be careful in prolonged fights.

His movement ability is Roll. Wrecking Ball will pull in all his excess tech and roll around the battlefield. While completely vulnerable in this form, Wrecking Ball is able to move much quicker than usual.

While in Roll, Wrecking Ball has access to Grappling Claw, which he can use to attach himself to walls and bridges. When attached, Wrecking Ball will gain increased speed. If he’s able to go fast enough, he’ll gain damage and knock back on his next collision with an enemy. But Grappling Claw will also let Wrecking Ball reach some very out of the way places, making him surprisingly mobile for how slow his base movement speed is.

Finally, Roll also gives Wrecking Ball access to Piledriver. This ability can only be used midair, several feet off the ground. When activated, Wrecking Ball will slam into the ground and launch enemies into the air while doing damage to them.

When used in conjunction with Grappling Claw, Piledriver can surprise enemies from out of nowhere. A speedy Wrecking Ball can simply swing around a pole and then crash into the earth below, completely disrupting the enemy team’s position.

The way Wrecking Ball will avoid getting killed instantly every time he ventures out is Adaptive Shield. This is a personal shield for Wrecking Ball, which will protect him from incoming damage for a short period of time. The shield amount also goes up depending on the amount of enemies nearby when it activates.

Wrecking Ball’s ultimate is Minefield, which combines his positioning and denial game for an incredibly lethal tool. Wrecking Ball scatters mines around him, which take a short second before arming. Once the mines are live, stepping over them will cause them to explode, dealing massive damage to anyone caught in the blast.

Minefield is the perfect ability for area and point denial. On defense, Wrecking Ball can use it to protect himself, his allies, and objectives from being rushed by Genji, Reaper, and any other relatively spry hero eager to get too close. But on attack, Wrecking Ball can use Minefield to protect his team’s flank, or simply gain instant control over an area they’ve just pushed into. 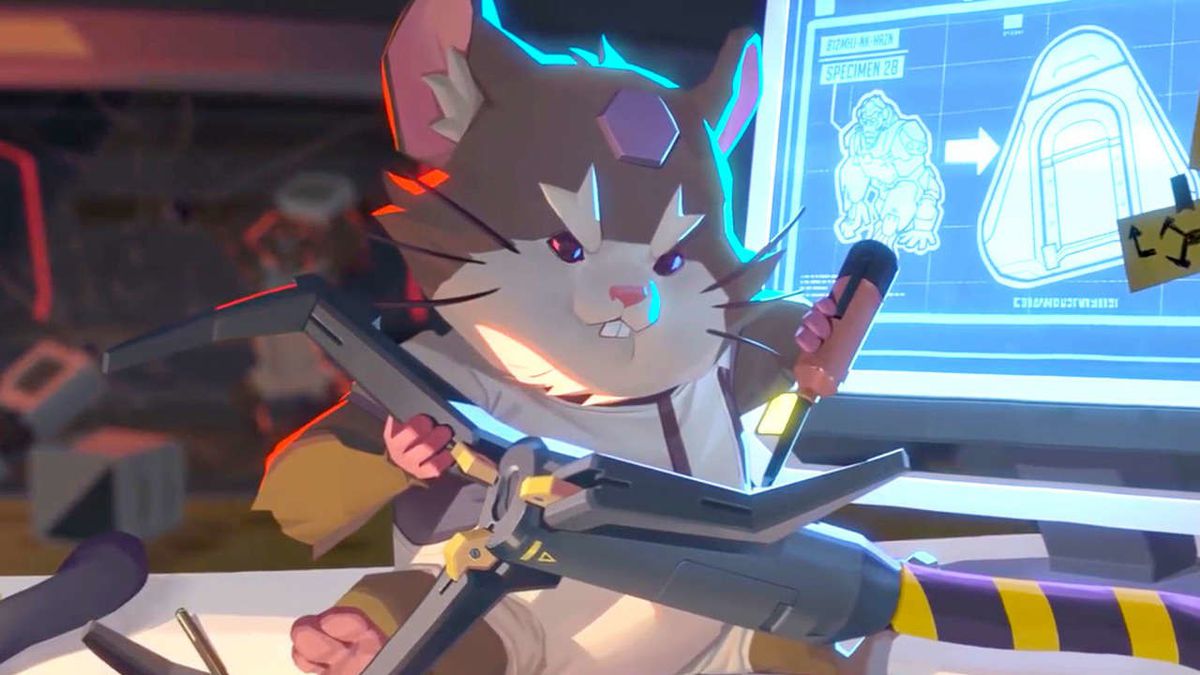 When to pick Wrecking Ball: teammates and match-ups

Like a lot of tanks, Wrecking Ball is a versatile pick. You want to pick him up when you have a slow moving team, or a team that wants to rush and move fast.

Wrecking Ball is more similar to tanks like Roadhog than he is Reinhardt or Orisa. He’s not necessarily a selfish tank, but he doesn’t have any real ability to protect his teammates. Instead, he’s all about displacing his enemies and slowing the divers down.

You want to pick Wrecking Ball when the enemy team has offensive divers like Tracer, Genji, or Doomfist. Wrecking Ball can defend the flank well with his ability to move quickly, powerful primary fire, and mines. His personal shield also makes him a formidable duelist against many offensive heroes. If a diver tries to go in against a team with Wrecking Ball, they’ll have a hard time getting away with it.

But Wrecking Ball is also a solid pick when you need to quickly establish ground in a fight. If the team needs to rush a point, and has the ability to clear it, Wrecking Ball can ensure the point will stay theirs. Once he gets entrenched, he’s a very difficulty enemy to root out in close range.

But this is where Wrecking Ball will struggle. Wrecking Ball will need help from his allies when surrounded by enemy heroes like Pharah, Widowmaker, and Hanzo. These long range heroes pose a serious threat to Wrecking Ball, since he has no tools at all to face them from a distance.

This is part of the reason why you want a Reinhardt or another, more team-focused tank on your side. Even a Roadhog with the ability to pull far away snipers or snatch Pharahs out of the air is a great choice. But Wrecking Ball is not a solo tank, and he needs some good backup to be successful. 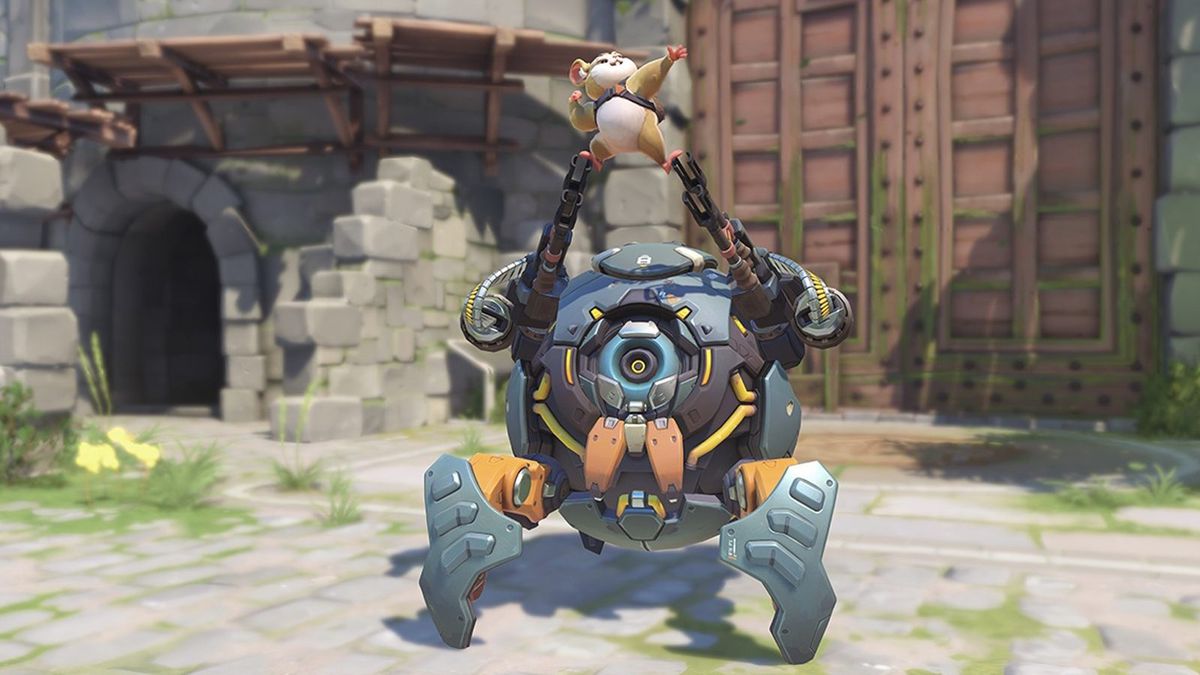 How to win with Wrecking Ball

Winning with Wrecking Ball is all about the zone. When you take over territory, that becomes your zone for life. You have the tools to stick around and push others out of your space until you’re the only one left.

Your best tool for this will obviously be your Minefield, which makes getting anywhere close to you nearly impossible. However, your Piledriver, and swinging ball will do the trick as well. Wrecking Ball is vulnerable while moving, and not particularly mobile while upright. But to compensate, he can move very quickly and is lethal when deployed. Only move when you’re needed.

Wrecking Ball is an anchor, and you should think of him as such. When he plants somewhere, it’s for good.