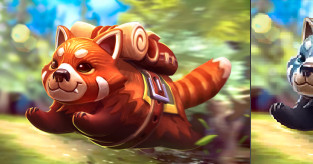 Here are the red panda items currently in Dota 2

Slack is down as of the time of writing, which means that you’re probably flipping between your social media and your work, trying to keep it together. But why try? There are important things out there that I need to address with you.

While the red panda has no relation to the giant panda, the black-and-white conservation icon, they’re both called “pandas” because they have pretty similar diets: bamboo, hence their name. They’re actually “living fossils,” with no real animal relatives and three whole tiers of animal classification to themselves. (The closest would be a raccoon, but genetics say that’s a stretch.)

However, while conservation efforts have brought great panda numbers up, red pandas are still considered “endangered” — and their numbers are going down due to poaching and deforestation.

Red pandas are hunted partially because they’re so damn cute:

Mohu, a red panda at the Brandywine Zoo. Deleware.gov

…which means they get turned into rugs by poachers. 🙁

But because they’re so damn cute, they also get the privilege of being turned into cosmetics in games. And fortunately, Dota 2 is no exception! So here are the red panda cosmetics currently purchasable and usable in the game. 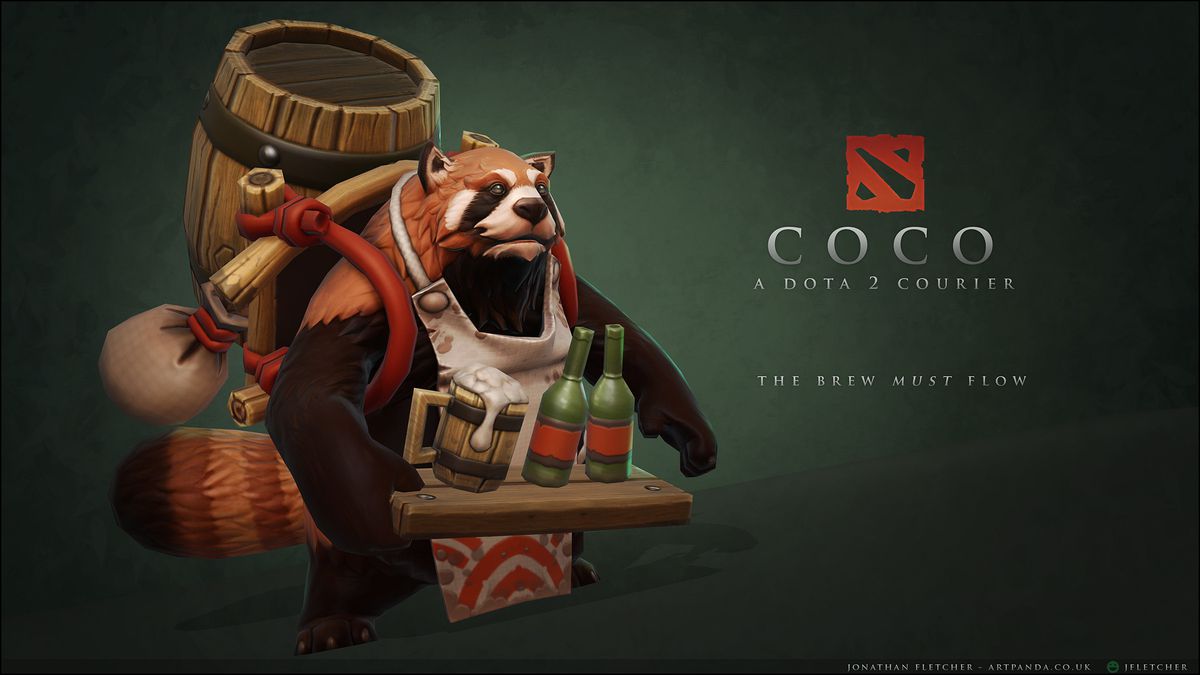 Made by Jonathan Fletcher, who appears to be a lead concept designer at Blizzard now, Coco exists with themes similar to Brewmaster, carrying necessities (like booze, of course) to the battlefield. While Coco isn’t a personal favorite, it’s an extremely well-executed concept, with details fitting well within the Dota 2 aesthetic as if it were one of Valve’s own. It’s extremely distinguishable as a red panda, too, which means there’s no mistaken identity here. 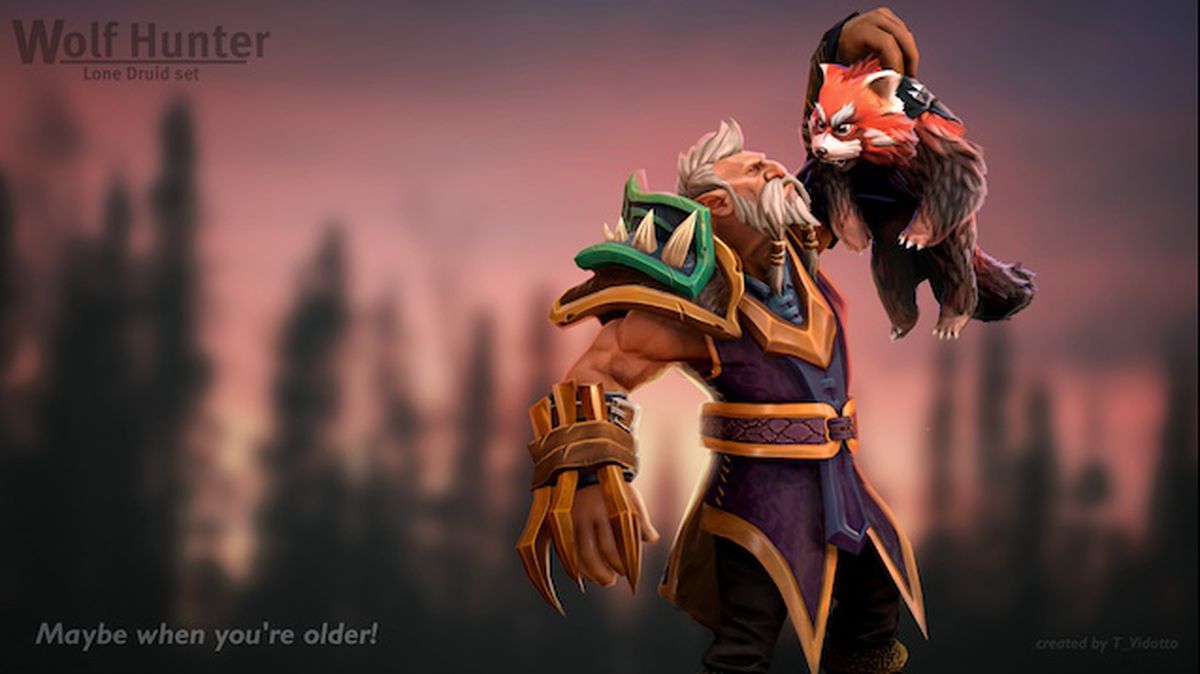 Official splash art for Spirit of Anger, part of the Wolf Hunter set.T_Vidotto

The splash art for Spirit of Anger is deceptively cute, because the bear, part of the Wolf Hunter set, is truly bear-sized once summoned: 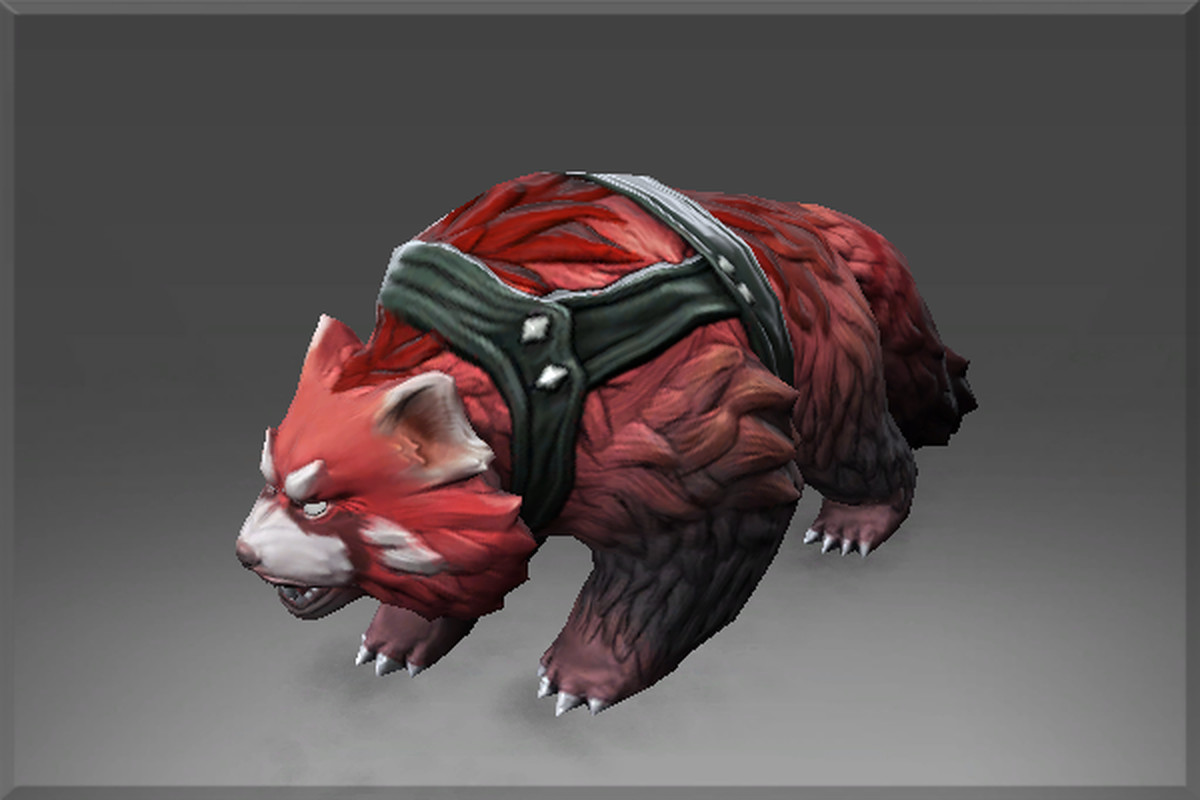 The Spirit of Anger is a popular item among pro Lone Druid pickers, and just glancing at it should give you an idea why. It’s an item gorgeously crafted by Thiago Vidotto, who now works for Gabe and The Frog as a cosmetic designer.

And angry red pandas are still kinda red pandas, so they’re cute. Even if this one’s a little unsettling. Just a bit.

Okay, yes, the Dota 2 fans are scrolling for this one.

Redpaw was introduced as Snaggletooth by several ambitious designers, and once approved, it quickly made its mark. In fact, it became so popular, it was sold as a plushie a few months after its release with the exclusive Bluepaw courier bundled along.

And who can blame anyone? I mean, look at that absolute child. That is the spirit of a red panda: Cute, bouncy, smol. It’s adorable perfection. And I’m not biased because that’s my default courier.

Anyway, if you really like red pandas and want to help, the Red Panda Network is the most well-known effort out there.