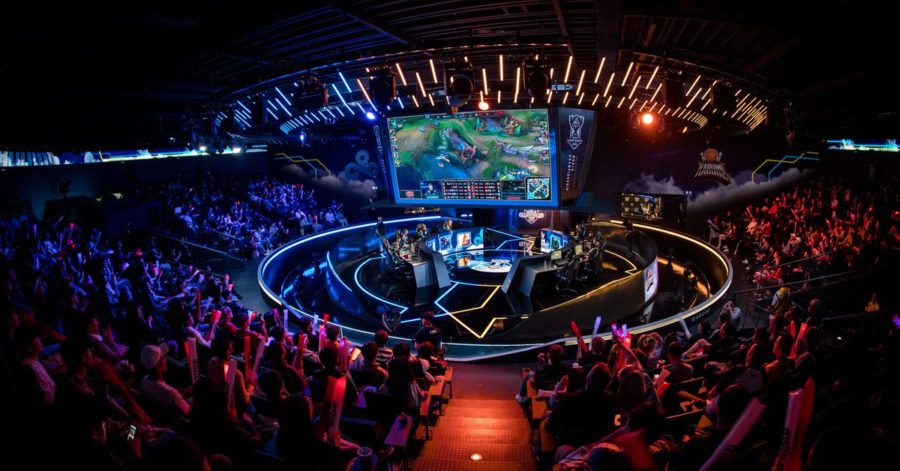 How to get to the LCK arena, Lol Park

Play-In Stages for the 2018 World Championship may be over, but that doesn’t mean that the Lol Park is closing. The arena will remain the new home for the LCK matches from here on out and it comes complete with its own restaurant and PC bang inside.

Navigating Seoul can be daunting to the unfamiliar, so if you’re looking to get to Lol Park, we can help you with that.

The stadium is in the Grand Seoul building, not too far from Myeongdong, a common tourist destination filled with shops and food. You enter the building by an entrance close to the line one subway station, and a sign should greet you above an escalator. Take the escalator up to floor three, and you should be at Lol Park. The LED signs and all the fancy decorations covered with League champions will definitely let you know you arrived.

There are three train lines you can take to the arena and then you can walk from there.

The closest line is the blue line, line one. You want to ride to Jonggak station and leave from exit one. From here, the building should be directly in front of you upon exit.

The second closest line is the purple line, line five. You’ll get off at Gwanghamun station and leave from exit four. You’ll have to walk a straight line to the building.

The farthest stop (while still being convenient), is on the green line, line two. You’ll get off at Euljiro 1 (il)-ga, leave through exit two and walk straight to the area. This is mostly convenient if you’re staying along the green line and don’t feel like transferring. It’s a fairly short walk to the venue. Note that there are multiple stops with the name Euljiro, so you need to make sure to get off at Euljiro 1.

The address for the venue is 33 Jong-ro, Cheongjin-dong, Jongno-gu, Seoul. You may be able to tell your cab driver to take you to the Grand Seoul building, but if you’re having rotten luck, you can show them the address in Korean, which is 종로구 청진동 종로 33.

If you are absolutely lost, Google Maps is your friend! You can bring up the location on there and try to use that to navigate towards the building. Even better, you can download the Naver Maps, which is Korea’s equivalent for a more detailed map. (Google Maps should work, but it’s not as descriptive with building names and locations like Naver Maps is.)

Hopefully this should help you navigate through Seoul to attend the LCK matches of your dreams.