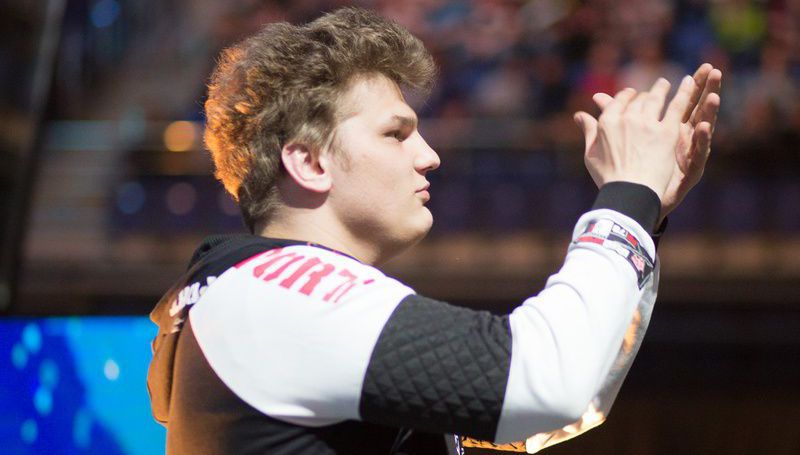 Bogdan “Iceberg” Vasilenko, one of the breakout CIS players of this season, talked to cyber.sports.ru about the meta, TI8 qualifiers and the difference between Dota 2 and CS:GO players. The FTM.Winstrike midlaner also shared how Valve nerfed the team’s best heroes and a bit of his personal side.

The difference between Dota 2 and CS:GO players

CS players are more socially adapted for the world than Dota players or anybody else. CS players are like soccer players. They are very modern and can always communicate in life. They have a ton of other interests beside CS.

It’s all backwards in Dota. People are either nerds or simply closed themselves in Dota. They communicate in Dota, don’t do anything except Dota and so on. No development or social adaptation.

I like the 1v1 more, but I don’t put much focus on this. It’s not about me wanting to win mid. I simply want to run around, go somewhere and fight, I like action and quick play, I like to risk and play fast. If I made a risk, killed a hero and it speeds the game’s tempo up, that’s good. If I made a mistake and dived… Not really dived, usually I make correct decision, just poorly press buttons at certain moments. Things go poorly, I die, game slows down.

If was to hone this skill, we would become one of the strongest teams if we would be able to play like that. I think that Team Liquid play like this and I try to adopt their experience.

The latest hero changes and The International

Chen was taken from us. Night Stalker… well we didn’t play much with him. Also Doom and Phantom Lancer were a bit nerfed. All our heroes were nerfed a bit, it’s still unclear what would work. There are always new heroes popping up before The International. At TI4 or Ti5 there were some Razors, Tidehunters. Team Empire played with one just because the Chinese teams forced it on them…

The International is a completely separate tournament. People put a lot more effort than during the season and you want to see how people play for real.

On The International 2018 Qualifiers stress

We knew long ago that ESPADA plays pretty well. I am certain that if they didn’t know that this was a TI qualifier, they would’ve won all the maps in 30 minutes. All the stress takes away a lot of strength and correct thoughts. The fear of losing the qualifiers and end up sitting here for a year distracts you a lot. This is the Qualifiers’ biggest problem: you fight against yourself more than against your opponent.

I would’ve never made as many mistakes in dumb situation as I did if it wasn’t The International. The fear makes you do stupid things. It’s the worst thing, it makes me not like people. And myself.

I think that the new blood is favored. Psychologically, as practice shows, few teams won The International twice: none of them did. I said “few teams” because NaVi could’ve done it two years in a row, but were cut short. One little spark is all you lack. It’s not enough to know how to play the game, you have to have that ignition spark that would help you achieve everything you want.

Team Liquid impress me and I think they are the first contender after NaVi to have a chance for the second Aegis. At the same time, for whatever reason I think that other teams will be contending for the top 1.

Team Secret have been playing weirdly all season, but I am sure they will gather themselves up for TI and be very strong. Plus Virtus.pro and PSG.LGD. Those are the three teams that would murder each other for the title. The main contenders.

Any vacation that would make you stop thinking about Dota for at least three-four days. So then on day five you start thinking about it again and realize that you have rested, energized and ready to play. Proper rest is as important as sleep.

I have four cats and a dog. I like them. Barsik, Aizen, Cherenka, Rhizik are cats and Sandy is the German Shepherd. All of them were picked up from the street, except Aizen. At first I wanted to name Rhizik for his eyes, which he doesn’t have, but couldn’t come up with a name. […] I really like how pet’s life is structured, it doesn’t break. People have it all differently.