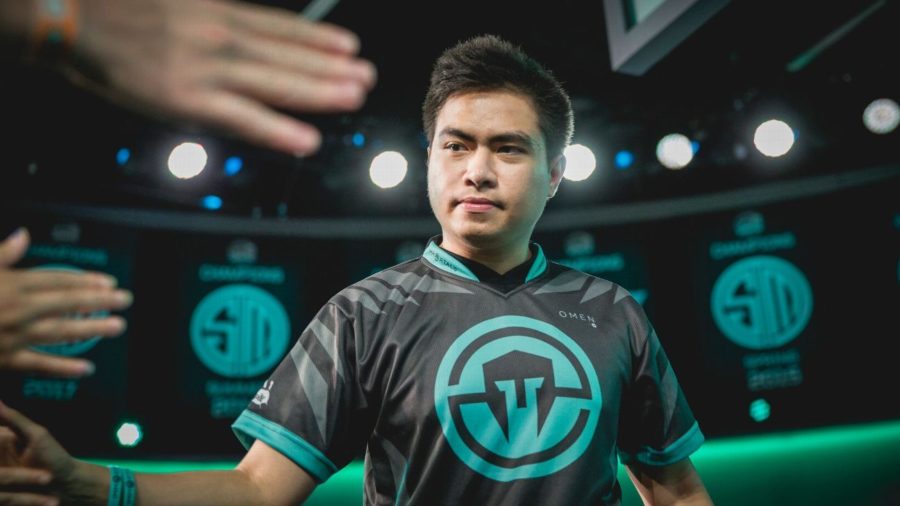 The rumors began in the weeks prior to the 2016 League of Legends Championship Series season: Immortals were the team to beat.

They had entered their first split as an organization and were poised to take North America by storm. Their players included the powerhouse former Fnatic top-jungle duo of Heo “Huni” Seung-hoon and Kim “Reignover” Yeu-jin, and the team was getting along unusually well for a brand-new lineup. Immortals proceeded to have a 17-1 spring split, razing through the regular season before faltering in playoffs.

Going into the 2020 season, Immortals are returning with significantly less hype and more than a bit of baggage.

The organization was denied their initial attempt at LCS franchising in 2017, and now makes a re-entry through the acquisition of OpTic Gaming. Gone are the scrim rumors and community approval. Coach Thomas “Zaboutine” Si-Hassen has emerged as an oddly polarizing figure, complete with community accusations of nepotism with this year’s Immortals roster, which features two French players in top laner Paul “sOAZ” Boyer and mid laner Jérémy “Eika” Valdenaire (Zaboutine is also French).

While Immortals won the race for the highest-value domestic player in 2019-20 free agency, jungler Jake “Xmithie” Puchero, they lost the war of community opinion with the entirety of their lineup. Not only are the acquisitions of both sOAZ and Eika being ripped apart by North American fans, but Zaboutine and Immortals are also under heavy criticism for signing Johnny “Altec” Ru to the bot lane position — Altec has not played professionally since summer 2018 with Echo Fox.

The only player on this new Immortals lineup who has flown under the radar completely, and therefore escaped scrutiny, is support Nickolas “Hakuho” Surgent.

“I feel like it’s been very controversial for no reason,” Zaboutine said of Immortals’ offseason moves. Zaboutine and Immortals general manager Keaton Cryer worked together closely to build this specific roster, starting with the two veterans they ended up signing in Xmithie and sOAZ.

“The first thing is that when you build an NA roster, you have the allocation of the imports,” Zaboutine said. “One position to me that’s very decisive is the jungler, especially the relationship between the jungler and the coach because the jungler is going to dictate the game.”

“While sOAZ was technically the last person to sign the LCS contract to the team, he was the first person we discussed in signing on,” Cryer added. Zaboutine was already talking to sOAZ, he said, and when they discovered that Xmithie was available, Immortals jumped at the chance to combine these two and their experiences.

As teams have pulled back the curtain on some of their roster-building decisions, one constant that has risen across multiple regions is that experienced veterans naturally attract players who want to play with them. Both sOAZ and Xmithie had this pull, and the most important part of the offseason process was ensuring that the two had a similar sense of how they wanted to play the game and what their ideal team environment would be.

Visa complications have slowed top laner Paul “sOAZ” Boyer’s transition to Immortals, but he and fellow Frenchman Jérémy “Eika” Valdenaire are expected to debut for the team during opening weekend of the LCS. Provided by Riot Games

“That talk with me and sOAZ, I think we just thought of how we’re going to play,” Xmithie said. “He knows that usually games and the playstyle for international teams and even local teams top gets” — a pause for laughter — “not the best treatment overall, but he agrees with most of how I think and we think together. He said that he can be stubborn at times, and I really like stubborn people who you can give constructive criticism to them, too.”

In the limited amount of time the team has had to scrim together — still without sOAZ and Eika, due to visa-approval issues, although they’re both expected to play onstage — Xmithie has been the vocal leader on this new Immortals team.

Working with Xmithie has been a refreshing experience for Zaboutine, not only because of the jungler’s vast game knowledge but the clarity with which he communicates objectives to the rest of the team.

During a scrimmage Wednesday, Xmithie showed that assertiveness in directing the rest of his team to take down the mid tier-two turret. He was firm, direct and got the result he wanted: another tower down.

For this Immortals lineup to work and defy expectations, Xmithie and sOAZ aren’t the only ones who will need to have strong voices. One of Zaboutine’s goals is to get more out of Hakuho working together with Xmithie as a jungle-support duo once Hakuho and Altec have better established their bot lane synergy.

“He knows exactly what he wants to do, when to fight, when to play for objectives,” Hakuho said of his new jungler. “He does a really good job of leading the team and calling for what people want to do, so I think he has a clear goal in mind when he goes into every game. I remember one of the LCS games I watched of him when he was on Team Liquid, there was this game where he died four times or something in the jungle, and they still went on and won it, so I think he’s somebody who doesn’t get tilted. He’ll just keep trying to play to win.”

Having a bigger voice is a personal goal of Altec, who identifies his natural quietness as one of his largest opportunities to grow.

“I’m trying to build better synergy with Nick,” Altec said of his support. “Once that gets going, I’ll be able to control teamfighting better and be a voice that can also command people. That’s one of the things I lack; if I’m able to do that when I’m behind or even, it could then be a big strength of mine.”

Johnny “Altec” Ru sat out 2019 but has returned to the pro League of Legends scene with Immortals. He hopes to prove he still has the drive necessary to be one of the top competitors in North America. Provided by Riot Games

Altec’s upcoming return to the LCS stage has been precipitated by an entire year of grinding solo queue and a rediscovery of his drive to be a professional player. When he went to South Korea, he met his personal goal of making it to Challenger on the South Korean solo queue ladder, something that he previously had not been able to accomplish.

“He is actually more versatile than I ever thought,” Xmithie said. “Usually before he used to only play AD carries, but now there are a lot of mages or tanks bottom, and I was really surprised that he can play pretty much all of them so I’m really excited for that.”

Alongside Altec — whose last professional stage game was on July 22, 2018 — the other large unknown to North American audiences is Eika, who has spent the few splits of his career in France’s La Ligue Française after a fairly disastrous debut at the pro level on Elements.

According to both Zaboutine and Cryer, Eika came to Immortals because he wanted to play with sOAZ and prove that he could still play at a pro level. Due to the ongoing discussion of North America’s regional failure to develop its own native talent well, Eika’s signing did not go over well with the LCS community, drawing specious comparisons to former Clutch Gaming mid laner Fabian “Febiven” Diepstraten, who came to North America for the 2018 spring split after two career-high years on Fnatic and H2K Gaming. After an uninspiring year in the LCS with Clutch Gaming, he left North America for the League European Championship’s Misfits and spent 2019 toiling on an underachieving roster.

“Would you rather have Febiven, for instance,” Zaboutine said, “or a player who has been super consistent over a few years and he’s super hungry to play in the LCS? Eika has to prove everything, and Febiven, for example, back then had to prove nothing.”

Hunger, ambition and the desire to prove one’s worth are the driving forces behind this entire Immortals roster, even if it’s not immediately evident. Eika and Altec want to prove that they’re pro-caliber players. sOAZ wants to prove, against prevailing community opinion, that he’s not washed-up. Xmithie wants to prove that he can help lead another lineup to success. Hakuho wants to prove that he’s one of the best supports in North America, especially among the native talent in LCS.

“You have to get to the point where people know your team is good and respect your team, so that’s where I want Immortals to turn into,” Hakuho said. “People seem to think sOAZ is bad, but in EU he played really well. They just see him die and think it’s his fault when really they don’t see that he’s getting 2-vs.-1’ed top and just absorbing pressure for bot lane to win. And Eika, I doubt they’ve watched his games at all. They’ve probably never seen him play, so just wait and see when they come to LCS.”