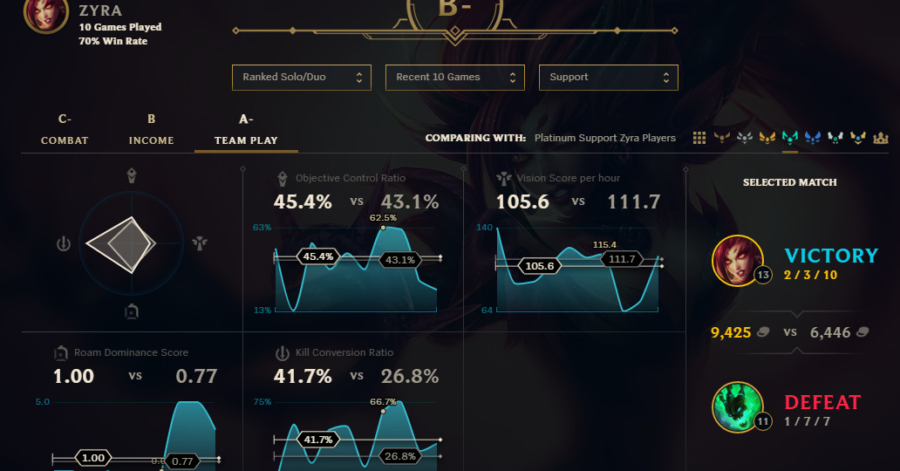 In-depth stats are now offered on the client

For years League of Legends players have wanted a smarter, easier, more succinct way of judging their performance on certain champions. While sites like op.gg have mostly filled that role, Riot has finally included these stats on the in-game client.

While there is a little to how much these kinds of stats can tell you — after all average stats are just stats they don’t necessarily determine if you win or lose — they should still be useful learning tools for the players that are curious. Sure, they won’t exactly tell you how to get better, but knowing that you have a lower vision score or CS than average players at your level might give you a hint at where to improve.

All of these stats can be viewed in the in-game client and can also be seen on the profiles of other players.