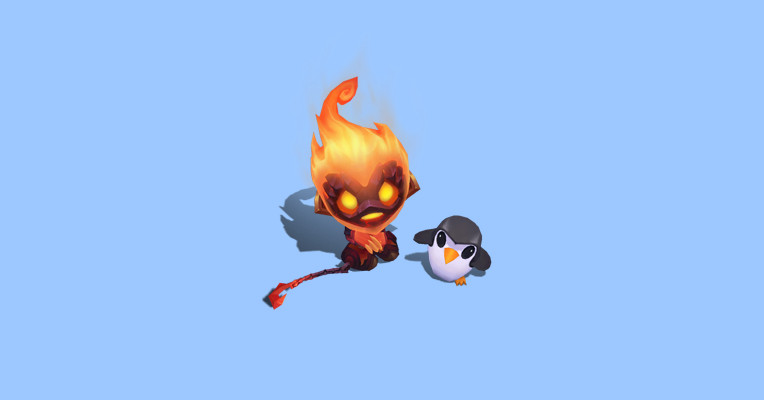 Infernal Amumu turns the mummy into a fiery demon

Amumu is the last champion on the list Riot gave us of champs in need of skins who are getting one this year. He’s being added to the Infernal skin line and … well, it’s a little messed up looking.

Who set this boy on fire? Why does he have a penguin as part of his model? What’s going on?

The skin is tentatively priced at 1350 RP.

He looks like a little fiery monkey, complete with a tail. (Though we know that’s his usual bandage that hangs off of his foot.) We’re ready to see some gorgeous fiery particles with this skin.

This is Amumu’s ninth skin, with his last being Surprise Party, which released in March 2015. There was also the Sewn Chaos Amumu skin that got canceled before release in 2017. Jeez, Amumu really never can catch a break.

The five other Infernal skins belong to Diana, Alistar, Nasus, Mordekaiser and Akali.