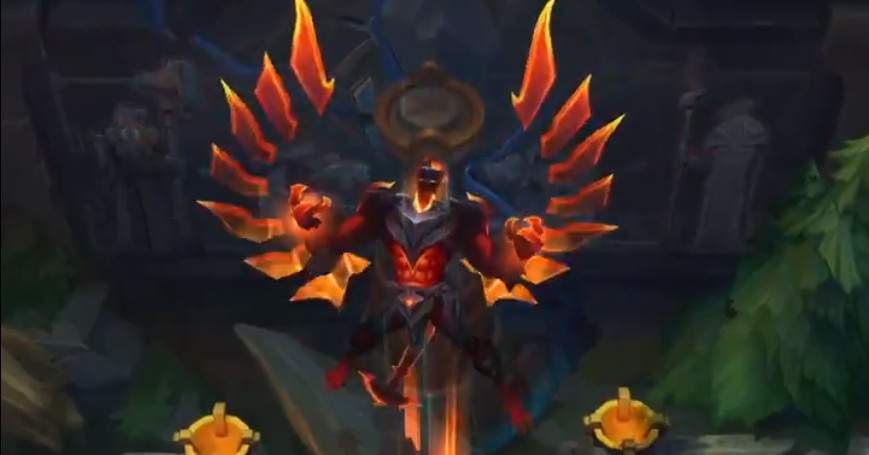 Infernal Galio, Shen, and Varus skins fire up the champions

Three new skins for Varus, Galio, and Shen were teased today to be added to the Public Beta Environment for the patch 9.17 cycle.

Infernal Shen, Galio, and Varus are all sporting the fiery thematic and they look pretty good doing it.

The Infernal universe in the League of Legends world hosts a ton of skins, including Ashen Lord Aurelion Sol, Molten Rammus, Scorched Earth Renekton, Firefang Warwick, Volcanic Wukong, and Scorched Earth Xerath. That being said, all the skins with actual Infernal tags, like Akali, Amumu, Diana, and Alistar, are also part of the skin line. There are also skins like Wildfire Zyra and Shadowfire Kindred that take place in this universe. (Honestly, we could probably spend a really long time getting into the lore here, but … we won’t.)

Infernal will be Shen’s eighth skin, with his last one being in May 2018. This’ll be Galio’s seventh skin, with the latest being Birdio in March 2018. Varus will be getting his eighth skin with Infernal, and his last was Conqueror Varus in April 2018 and Dark Star Varus before that in June 2016.

These skins should go live with patch 9.17.