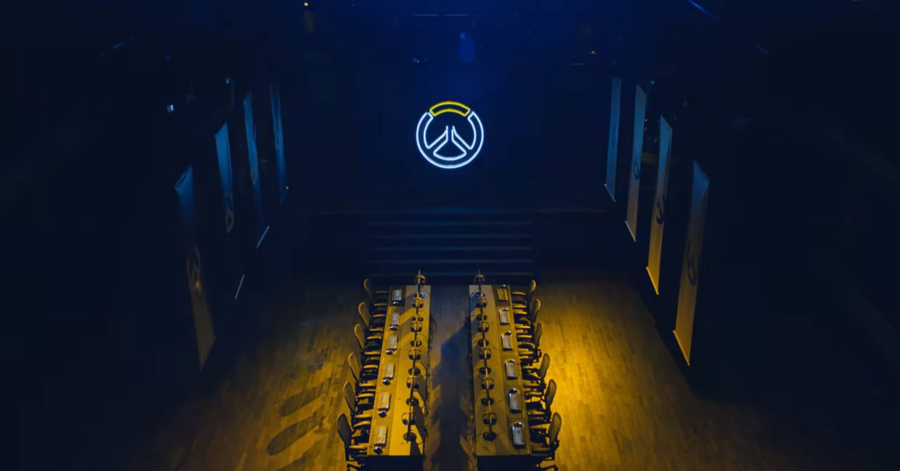 Inside the quiet, competitive world of NA Overwatch Contenders

“Your pathway to professional Overwatch esports begins in Competitive Play mode, and continues all the way through to the Overwatch League,” proclaims the official Overwatch Esports webpage.

Overwatch’s “Path to Pro” is a core part of its esports scene — and it’s an impressively easy path to walk, given how simple it is to enter Open Division, its first step. From there, you can progress into Contenders Trials, then Contenders – and then, if you make yourself known, you have a chance at joining the Overwatch League.

Pro players in the Overwatch League are close to being celebrities. The frequency of games and emphasis on players’ faces make each of them easily recognizable, and teams spotlight their players’ individual stories in an effort to connect with their fanbases. Outside of the Overwatch League, though, there are hundreds of players across the entire world whose faces are rarely seen, and whose stories are never told.

It’s no secret that North American Contenders has changed drastically since then. There’s no longer an analyst desk to break down the action between maps. Playoffs on LAN have gone from four teams, to two teams, to none at all. The introduction of academy teams has made it more difficult for unsigned teams to find success. Even the fundamental structure has changed – North American teams are now divided into two different regions: North America East and North America West.

One of the most notable unsigned teams as of late has been Square One, who competed in the North America West region this past Contenders season. The team’s off-tank, Cavan “HotDate” Aragon, has been playing Overwatch competitively since 2016, and tells me that the lack of infrastructure has been a tough obstacle to overcome.

”Funding is obviously a big [issue],” he said. “It’s hard to compete without any real funding when you have to figure out a way to make ends meet as well. We have younger guys on the team that go to school, players with part time jobs – not all of us are able to dedicate as much time as we would like to the game. It’s a lot of work to be doing for free. I guess it’s the price you pay for the chance to work your dream job.”

Square One started off in Open Division and made it all the way to Contenders playoffs, defeating academy teams NRG Esports and XL2 Academy along the way – two matchups in which they were unfavored to win.

”It’s been fun being the underdogs,” HotDate remarked.

The team’s success in their very first season of Contenders as an unsigned team has been difficult but heartening, and HotDate knows that it will continue to be tough in future, but he looks forward to how much further the team can go.

”Competing against some of the best players in the world and winning is always a great feeling, but it’s a lot of pressure as well,” he said. “Now that we’re playing at the highest level we can reach as an unsigned team, there’s a lot of pressure to perform. We’re all eager to beat more academy teams and prove our worth.”

While Square One has been on the uptick, one of the teams they defeated — XL2 Academy — has seen an unfortunate downward trend in recent months. The team achieved a semi-final finish in Contenders 2018 Season 3, but after replacing most of the roster, they squeaked into Contenders 2019 Season 1 playoffs as the lowest-seeded team before dropping out in quarter-finals.

Main support Jeremy “Jer” Santacruz, who played for XL2 Academy for two seasons before departing after Contenders 2019 Season 1, has seen a fair number of ups and downs in his career. Much like HotDate, he began playing professionally in 2016 and has been a part of 9 different teams since then – each of which have attained drastically different results.

”My experience in NA Contenders has been a real mixture of success and failure,” Jer said. “I’ve gone from placing dead last by losing every match in a season [with Skyfoxes] to placing first in group stage and finishing third in playoffs [with XL2 Academy]. I’ve been with a lot of different teams of different skill levels, and I can say that all these experiences have made me a better teammate and player.”

Jer’s longest stint was with Renegades, which he was a part of for just over 9 months. Following this, he bounced from team to team for several months before finally settling down in XL2 Academy. It was a difficult time for him, though, as the instability of professional play combined with the growing pains of the tier two scene made his future seem uncertain.

”After leaving Renegades, I definitely had thoughts of retirement because I knew I had no chance of getting into Overwatch League that season,” Jer said. “I had serious thoughts about what my future was as a player.”

Eventually, the drive to compete and his passion for the game solidified Jer’s decision to soldier on down the path to pro.

“I guess it’s the price you pay for the chance to work your dream job.”

”I decided I wanted to continue playing, because I love competing and I love Overwatch,” he said. “I jumped from team to team, from Open Division to Trials to Contenders. I stayed on the grind because I knew that I could make it — that if I kept an open mind and constantly looked to improve, I could make a career as a player.”

It’s this love for Overwatch and for competition that has kept countless players in the tier two scene striving to improve both themselves and whichever teams they find themselves on, no matter the challenges.

Of all the academy teams across North America East and North America West, only one – Uprising Academy – found themselves relegated to Contenders Trials for Season 2. Main support Gabriel “Swimmer” Levy was still in school during the regular season, and despite the team’s disappointing results, the effort he invested into the game came close to throwing the rest of his life off-kilter. 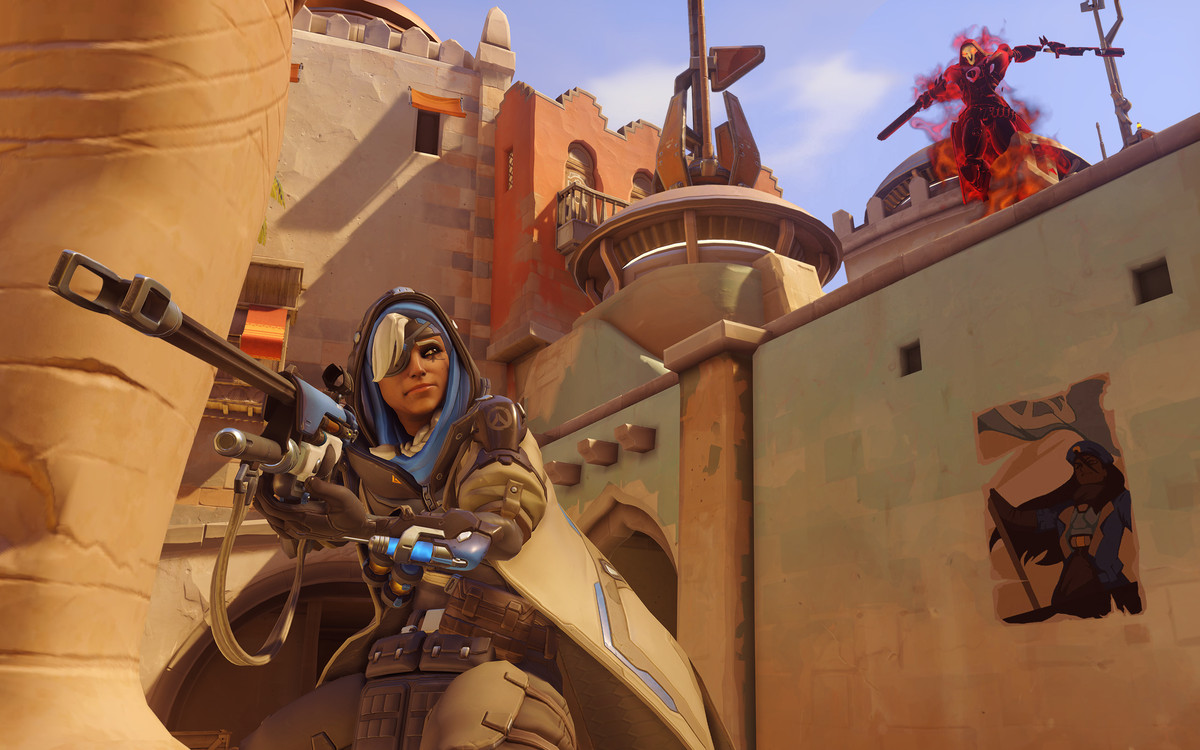 ”Originally, when I was in Open Division, when I wasn’t really a pro yet, it was pretty easy to balance everything,” Swimmer said. “I could do homework and have time for scrims and still swim. But after joining Uprising Academy, all of my time was absolutely consumed. I would wake up, go to school, scrim, watch over VODs by myself, the team would have meetings, and then I’d go to bed at midnight, and I hadn’t even done homework yet.”

Fresh out of high school at age 18, Swimmer doesn’t have many concerns about his future as a professional player. His main goal is, and always has been, joining the Overwatch League, and it’s a goal that he’s determined to work towards for as long as it takes.

”I’m taking a gap year between high school and college to focus on Overwatch,” he said. “My focus is on the Overwatch League right now. That’s the end goal for most – if not all – Contenders players, I think.”

Swimmer belongs to the demographic that makes up the majority of pro players – young people who have gone directly from high school to competition – but there are a number of older players in Contenders as well. HotDate is 27 years old this year, something that is constantly on his mind as he works to prove himself.

”I’m on the older side of being a pro, so a concern is organizations looking for younger talent and dismissing me based on age,” he said. “But I’m confident that if I continue to play well that won’t be too much of an issue. I’m hoping to get many years in the Overwatch League.”

North American Contenders players all come from different backgrounds and circumstances, each facing their own unique trials and tribulations, but their shared passion for the game and self-improvement is what keeps the region afloat. As we look ahead to the Atlantic Showdown, where North American teams will strive to prove themselves on an international stage, many are optimistic about the future – both for the scene, and for themselves.

”My goal as an individual player will never change,” Jer said. “ As long as I still have passion for Overwatch, I’ll always try to improve.”